This article, and the above video, contain information that will spoil the entirety of Her Story. Do not read or watch it until you have finished the game.

Her Story is a fascinating game about piecing together the story of Hannah Smith as she gives interview testimony on seven different occasions.

As you pull clips from a computerised filing system, by searching for words spoken in that video, you'll unravel the truth and start to understand what happened - and why.

But the game is open ended, and - in a way - open to interpretation. There's no quiz at the end. No video clip that explains everything. No final cutscene. So you're left to puzzle out exactly what happened on your lonesome.

If the game left you confused, let us explain what happened. As we said at the top, this will spoil the game so consider this your last warning to leave the article before you ruin this brilliant indie game for yourself. 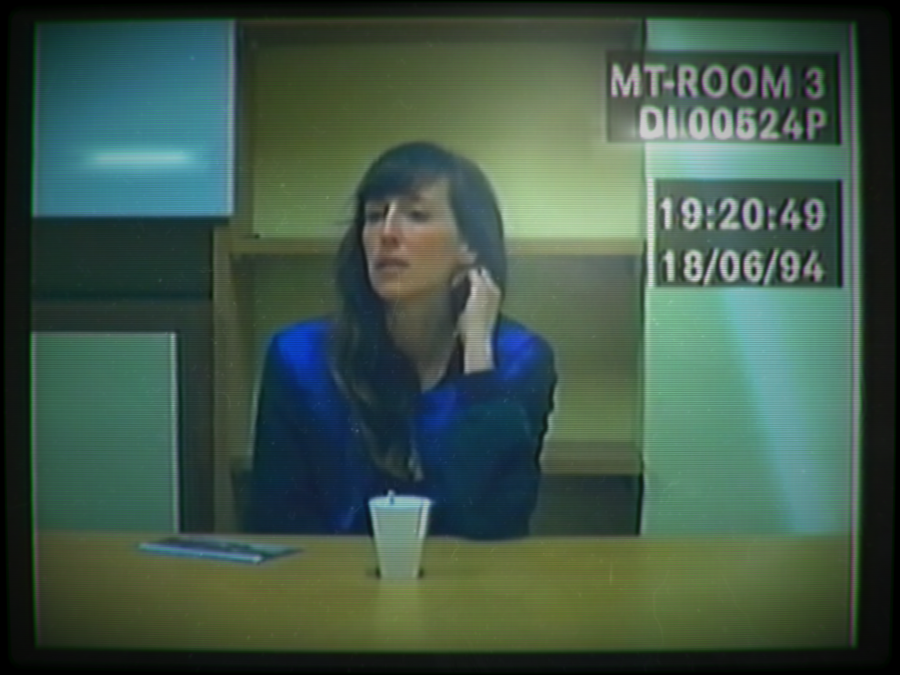 Hannah Smith killed her husband Simon Smith. That much anyone could have predicted. What you were probably surprised to learn is that you're not just watching Hannah give testimony, but also a woman who looks exactly like her, called Eve.

We think this because we will later learn that Hannah receives a bruise on her face in a fight, before any of the interviews take place, but she only has it during the second interview. In the third, it's gone - and Eve touches the wrong side of her face.

The woman in clip also has morning sickness. We'll soon find out that Eve is the one who is pregnant. 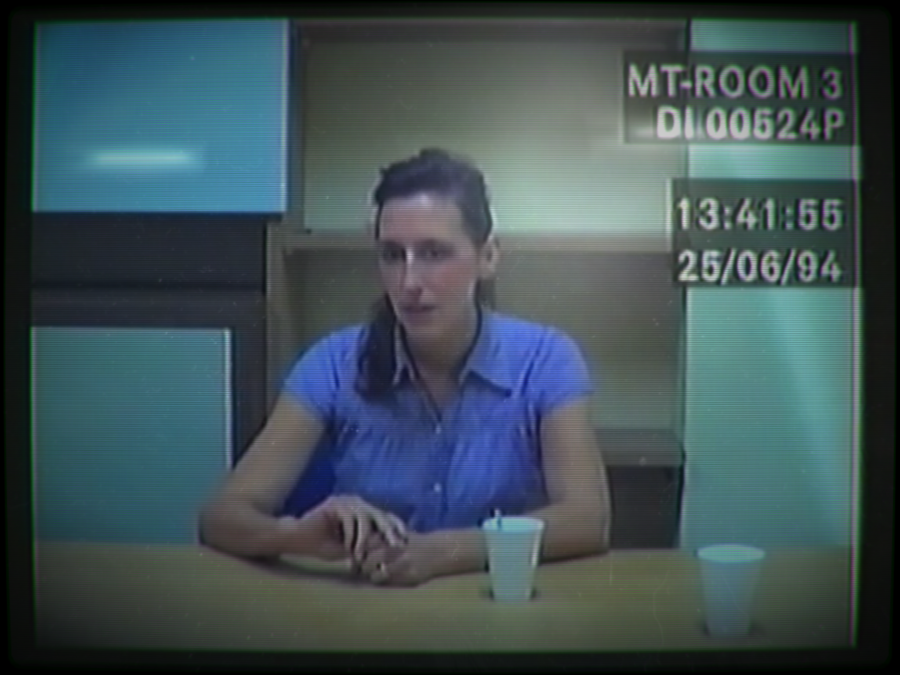 On the 30th of June, Hannah is back. We know this because she has no tattoo on her arm, like Eve does does in the next session on July 1st. It's hard to tell who is there during the short interview that takes place on July 2nd, but on July 3rd it's definitely Eve.

She fails a lie detector test about her name and then fesses up.

This interview, with Eve in the white shirt, is the source of most of the truth about Her Story. Though, I guess the caveat is that we don't get Hannah's side of the story on any of this, so we have to just trust what Eve is saying.

With that being said, let's go through everything from the girls's birth to this testimony, in a whirlwind run through of Hannah and Eve's life.

First of all, the girls are indeed twins.

As Eve says: "when Hannah was born, I was born at the same time. The midwife was there to help. I'd been throttled by the cord, probably wrapped around my neck by Hannah. The midwife told my mother I was dead". 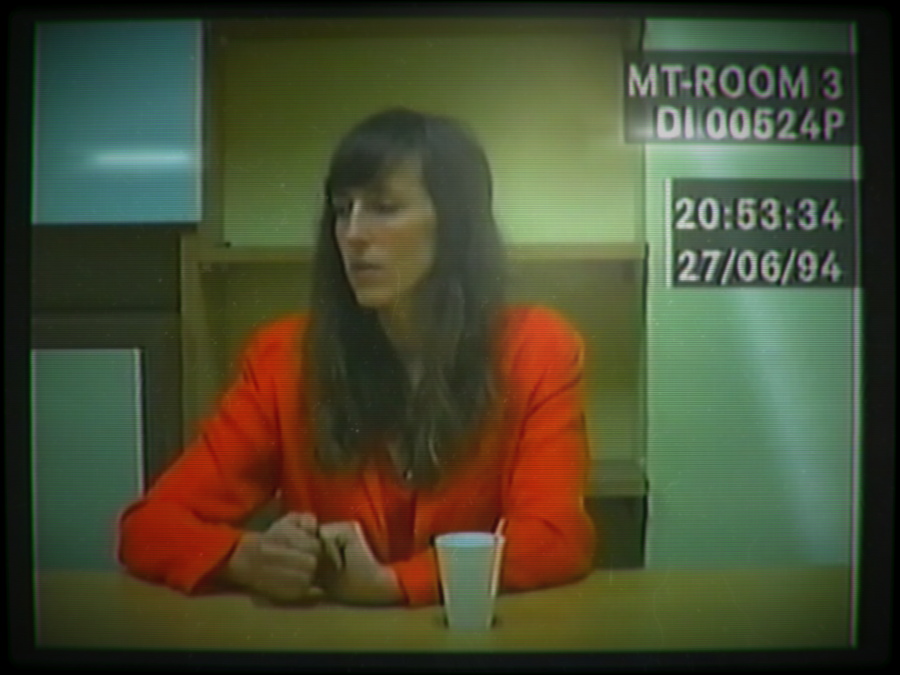 But a midwife called Florence split them up, took Eve in, and raised her as her own daughter. Eventually, Hannah and Eve meet.

Eve explains: "We must have seen each other before but there was this instant when we first realised it wasn't a reflection. The reflection was staring back".

But when Florence dies, Eve goes to Hannah's house and lives in her attic. Throughout their childhood and teenage years the two girls would swap places, embracing each other's unique strengths, using a diary to stay on the same page.

"If one of us got hurt, the other one would have to be hurt too," says Eve. "A grazed knee, a bruise. When I lost my tooth first, we had to pull out Hannah's to match".

They also shared boys but when Hannah meets Simon, she decides she won't share this man with her twin sister.

"Hannah insisted I not pretend to be her around Simon, let alone sleep with him," says Eve. "We didn't share him like the others. The rules had changed" 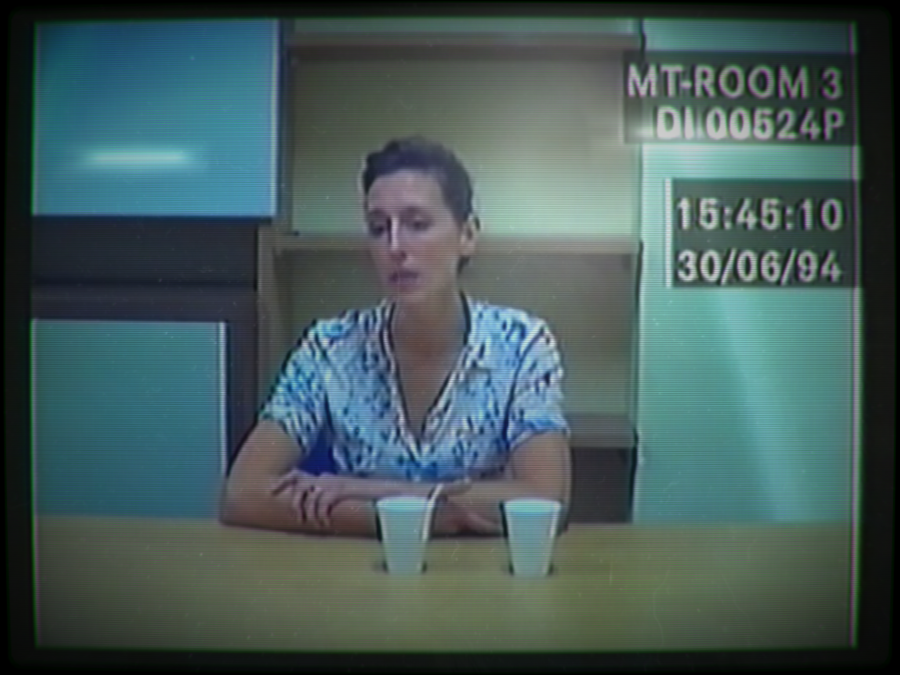 And things get especially complicated when Hannah gets pregnant, and moves out of her family house and into Simon's. Eve tries, but can't get pregnant to match. And she's stuck into the attic of Hannah's parent's house.

But then Hannah loses the baby. "I was infertile. Thought I was, they told me I was infertile after the miscarriage because of complications," says Hannah in an interview on June 30th.

That same year, in 1984, Hannah's parents die and Simon and Hannah move into the parent's home. But Eve moves out. "I got a small bedsit," she says. "Got my tattoo to mark the occasion".

She starts singing in a bar in the evenings, and then one day, she meets Simon at a show.

"He saw me singing at one of my shows. Pure chance - not sure I remember what he was even doing there. Afterwards I had a drink at the bar and he came over. We got talking. I knew who he was, but he didn't know who I was".

"He was fascinated by the likeness". 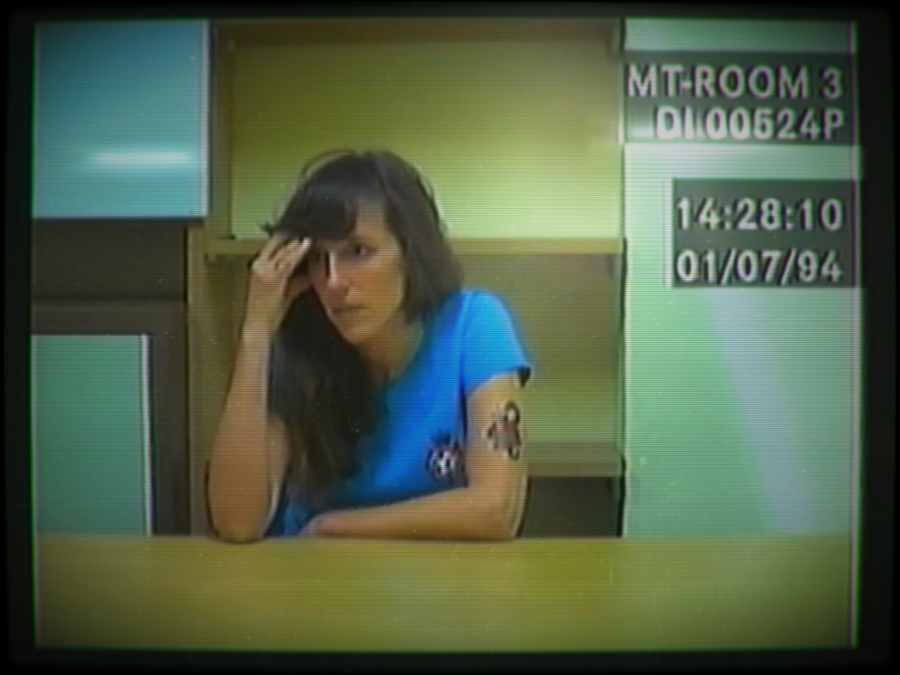 Eventually, they sleep together and Eve gets pregnant. Uh oh. She doesn't tell Simon but, on the twins's birthday, she tells Hannah.

The day of the murder

Eve tells Hannah about her baby, but she lies about the father. "I told her it was one of my boyfriends. Someone I had met in the bar".

When Simon comes home that day, he gives Hannah a mirror as a Birthday present. "He made it himself," says Hannah. "It was a special one off. He made it and decorated it. That's his thing".

Hannah then finally tells Simon about Eve and says she wants to help her twin sister with her pregnancy. "She wanted me to move in with them," says Eve.

But Simon realises that Eve is the woman he slept with, and now he knows she's pregnant. Worse still, now Hannah knows too. "She knew that instant," says Eve. "The look on his face. She knew".

So Hannah kicks him out. She calls up Eve and they fight. "We screamed at each other. Argued. Cried. We fought. I hit her back, left a bruise. I had my wig on from performing and she tore it off". 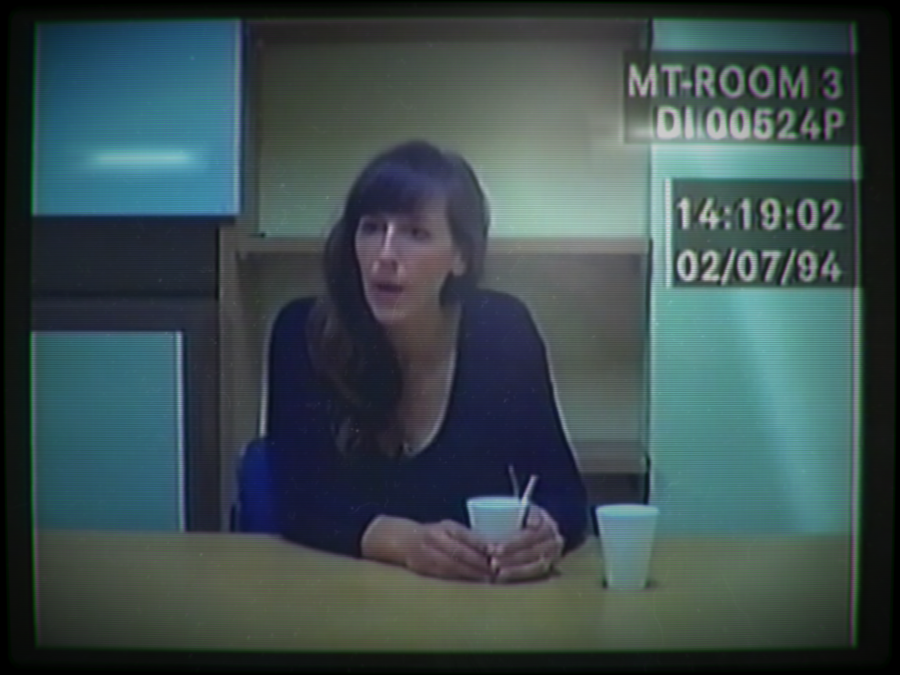 "Eventually I grew tired of fighting and I left". Eve then hops in the car and heads to Glasgow. But, "I was driving… badly. And I hit a taxi. Not a big crash, just paintwork. [The driver] made sure I got to the hospital so they could check me out".

Then she adds, "the hospital must have details of when I was looked at", which makes her say "that should eliminate me as a suspect, if I was in Glasgow. I can't be in two places at once".

More on that in a moment.

Back home, this happens - according to Eve.

"Her story is that she waited for him to come back. She put only my wig, some of my clothes, pretended to be me. He said he wanted to be with me."

"Then he took out a present - another mirror. Just like the one he'd given [Hannah] earlier. That unique present. She went crazy. Smashed the mirror. They argued. Screamed. He hit her. So she grabbed a piece of the mirror, swung it round, cut his throat clean open". 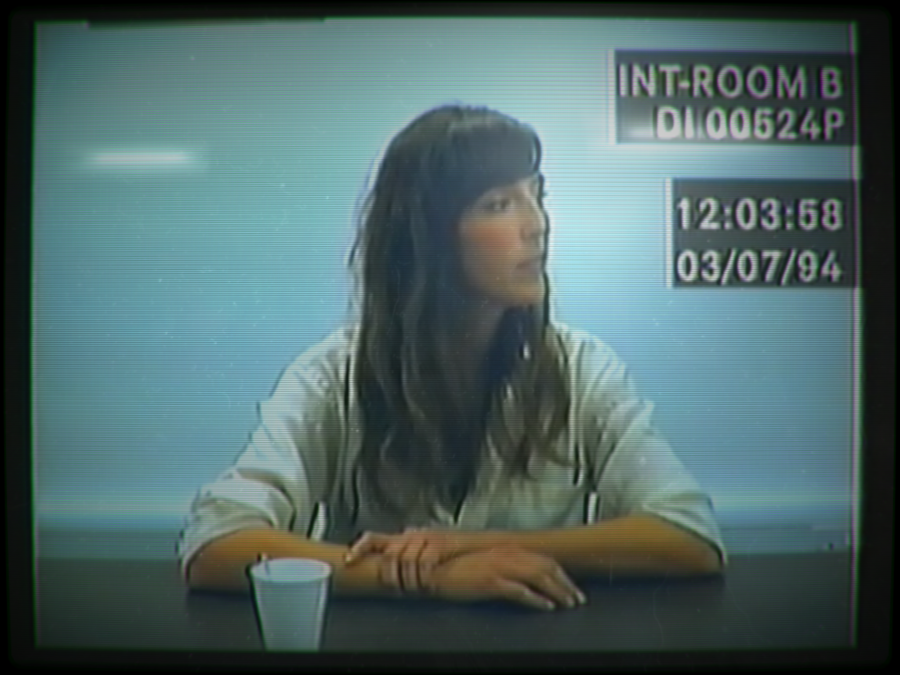 Yikes. So Eve returns home and finds Simon dead. And Hannah is there, covered In blood. The two hide the body. And then the watch - they set the watch to the time when Eve is in Glasgow to make an alibi.

Eve, pretending to be Hannah, then goes to police, saying Simon is missing. A few days later, she returns, and says she found his body.

But things start to get messy when the police find hairs from Eve's wig. And then, the police suspect Hannah of being two people. Finally, Eve confesses all, as you've read in the statements above.

Finally, Eve asks for a lawyer, and we the final word on Hannah. "My sister is gone," says Eve. "And she's never coming back". 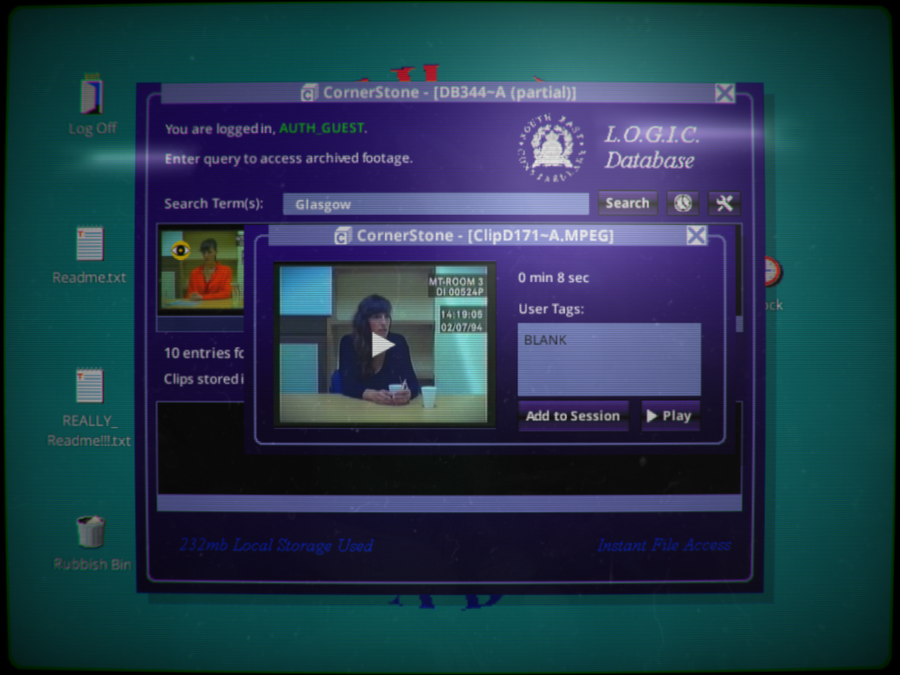 And that's the story. Maybe there's more to it. Perhaps Eve and Hannah aren't different after all, and this is just some maniacal plea to get out of jail. Maybe Eve did it, but is blaming Hannah. That much is up for you to decide.

Let us know your theories in the comments.