Hyperburner is a light-speed arcade game where you thread the needle through colorful sci-fi environments.

Rather than abstract nameless tunnels of gates and lasers or asteroid fields, Hyperburner sends you through the narrow ducts of industrial refineries and around the spinning drills of galactic mining shafts, weaving between the fan blades of huge superconduits and thrusting past transport vessels along space tradelanes.

Through quick reflexes and deft evasion, your ship will be able to navigate the gauntlets of crushing pistons, tightly-spaced support beams, and other varied hazards. 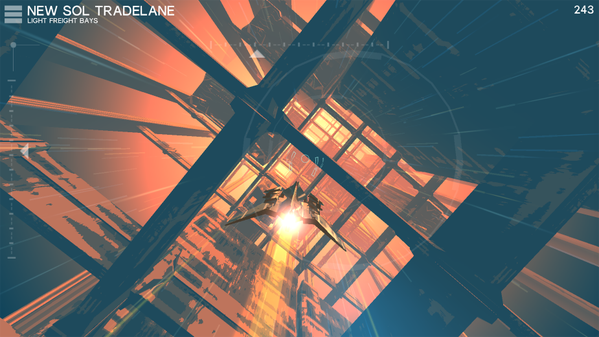 These areas feel like part of a larger world, imbuing Hyperburner's arcade action with a sense of scale and atmosphere that similar games lack. 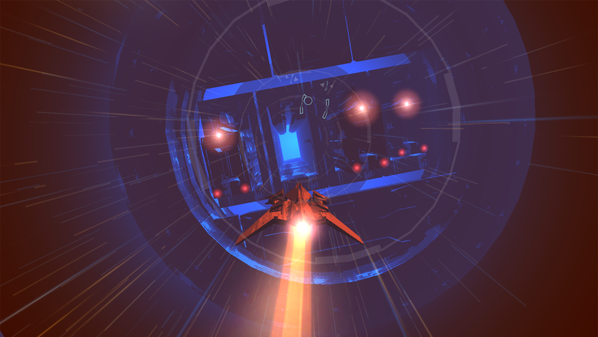 Hyperburner will feature 30 reflex-testing levels when it releases later this summer for iPad, iPhone, and Android devices.

Hyperburner - All this and looks too