E3 is never a great week for iOS releases, which makes Xenowerk stand out all the more.

This touchscreen descendant of Alien Breed sees you running around in a dark, rusting, future space environment shooting aliens, pressing buttons, and levelling up your stuff.

The environment is 3D but you don't have direct control of the camera, which tracks your movements sluggishly, meaning your view of the action is often quite limited. The beam of light from your torch creates eerie shadows that swing and loom in the dingy corridors.

And the twin stick controls never feel entirely solid, perhaps because you're forced to adjust your aim with the camera, giving the firefights a sense of controlled panic. 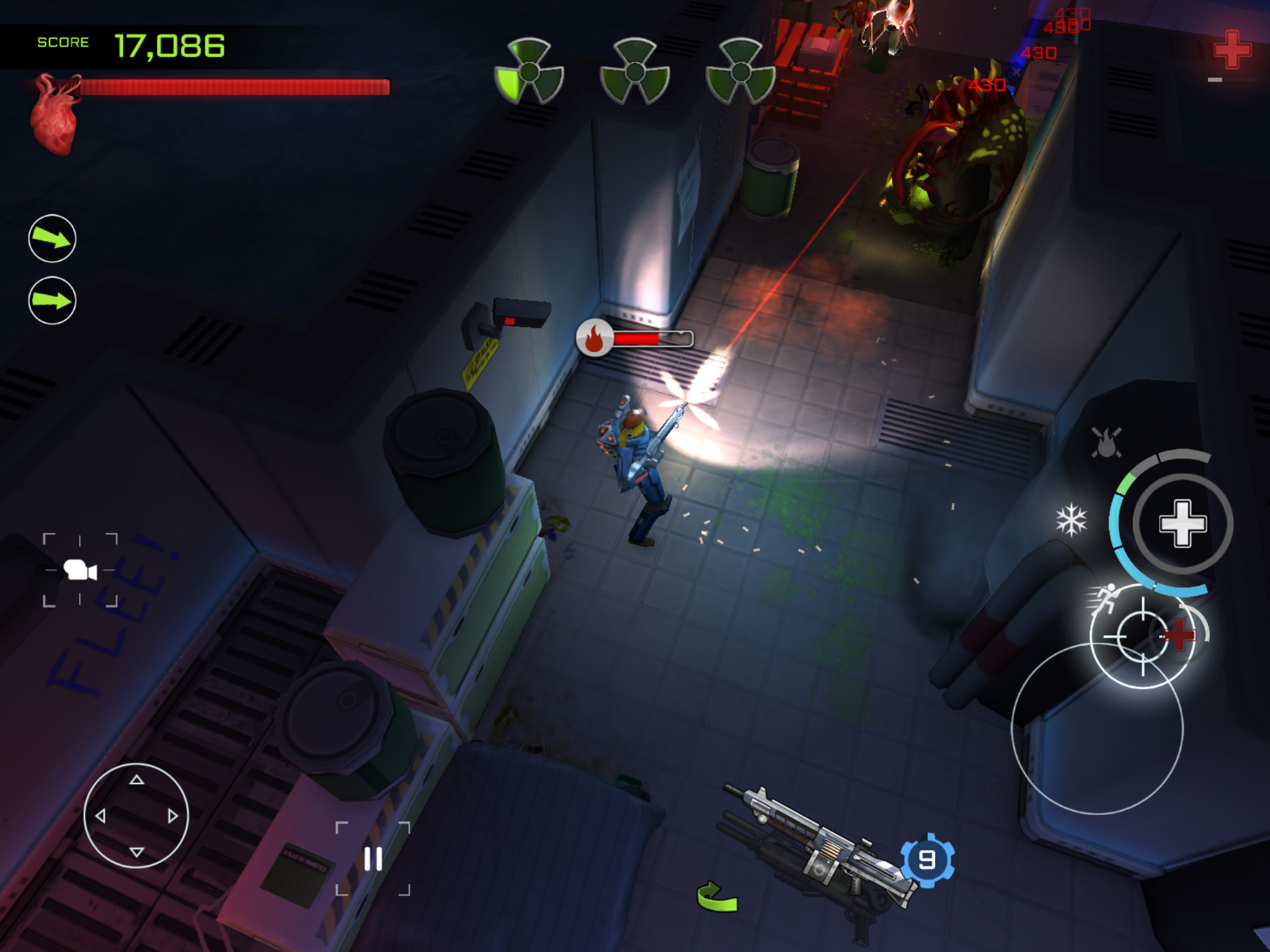 It would be easy to perceive these details as flaws, but, along with the atmospheric visuals and clunking industrial sound, they all add to Xenowerk's general sense of claustrophobic, jittery excitement.

There's nothing particularly original or imaginative about Xenowerk, and it gets repetitive before the end of its 50 level stretch, but it's polished and playable enough to sustain you through a slow week.

Want more? Check out our growing collection of Xenowerk articles!