Even more of a nightmare

If you think E3 is rough now just imagine what it would have been like 100 years ago. For a start, there wouldn't even be any videogames to report on.

Alexander Shen's new puzzle game E3 1915 celebrates this year's E3 by taking us back a century in time. Why? Why the hell not?

It's a grid based puzzle game in which you play a reporter sent off to E3 to collect the hottest scoops.

All this involves is grabbing the three newspaper icons in each level and reaching the exit. The catch is that each square you move consume one food item. If you run out of food then you die. 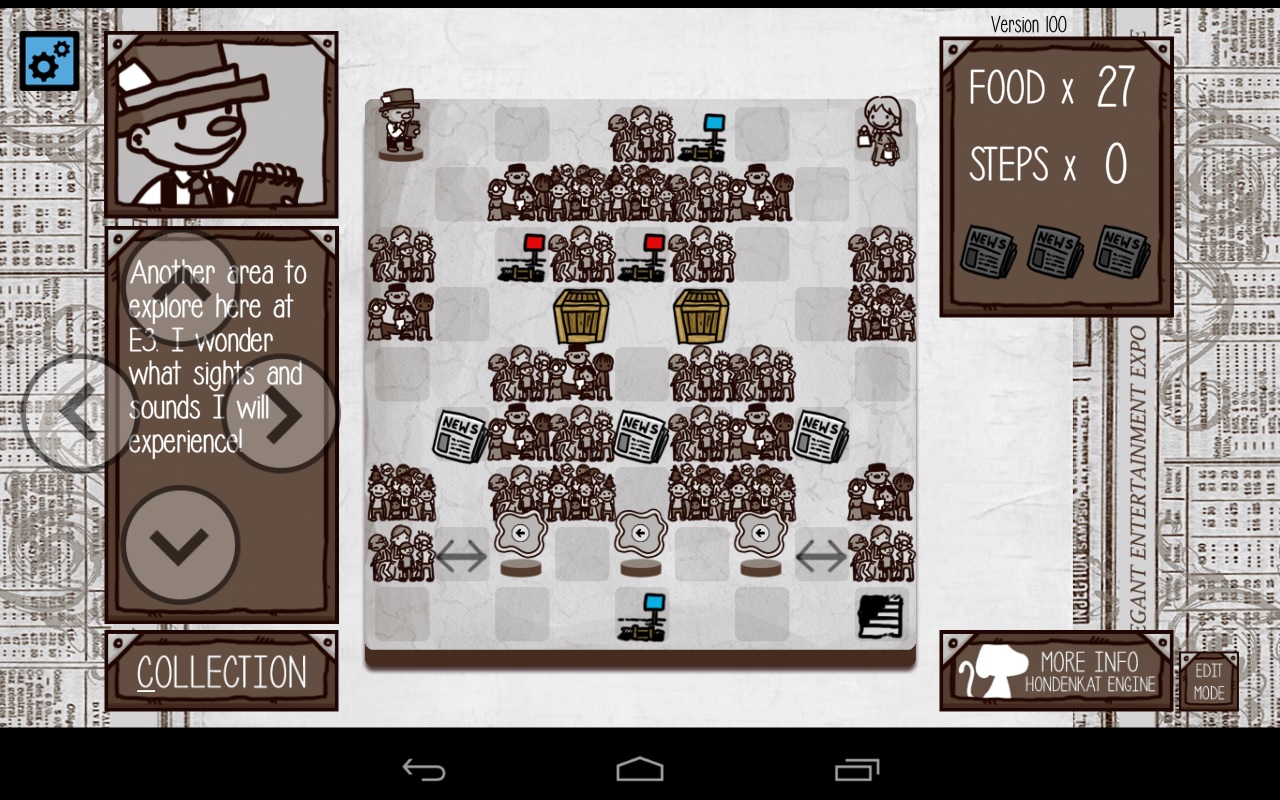 Later levels also add crates to push, ladders to climb, and clouds of tuberculosis to avoid.

So, yeah, not much has changed from the E3 back then to the E3 now - you still have to push your way through people and avoid unpleasant odors in the air.

Oh, and for the record, E3 didn't start until 1995. Yes, this game is entirely fictional, unsurprisingly.

You can download E3 1915 for free on Google Play right now.