Samsung's yearly Galaxy S update is one of the biggest events in the mobile phone calendar, second only to the release of Apple's latest iPhone model.

In 2014, the company stumbled slightly with the Galaxy S5, which sold poorly amid highly critical reviews which lamented the company's fixation with plastic bodywork and pointless, throwaway features.

The good news is that this year's successor solves many of the irksome faults Samsung has been attacked over, but there's a caveat - it also takes quite a few precious things away at the same time.

Has the right balance been struck to ensure that this year's Galaxy is good enough to help Samsung reclaim its crown? Let's find out. 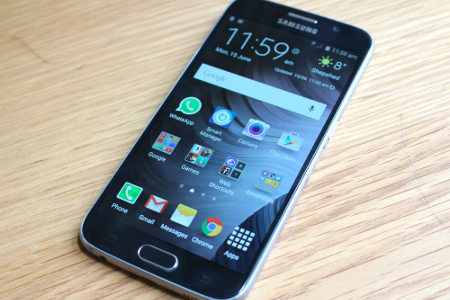 After what seems like forever, Samsung has finally delivered a Galaxy S device with a design which matches its lofty price tag. Rivals like Sony, HTC, LG and Motorola have all woken up to the merits of given their devices metal casings of some description, and Samsung can finally join this premium bunch.

The Galaxy S6 is arguably the most attractive handset that the Korean firm has ever produced - a tantalizing mixture of brushed metal and tempered glass, it certainly looks and feels the part.

Of course, the moment you buy one you'll want to clad it in a protective casing to prevent your investment from being damaged, but those few brief seconds when you get to hold it "naked" beforehand are delightful. This is a gorgeous phone, there's no two ways about it. 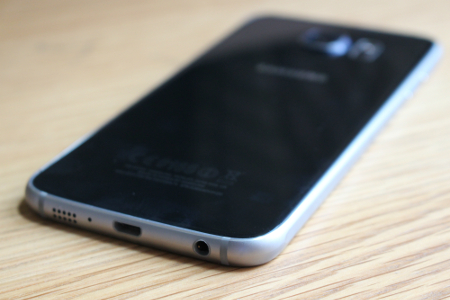 Samsung has packed a lot of tech into the Galaxy S6's slim frame, including a powerful processor, NFC support, a heart-rate monitor (which connects to Samsung's own S Health fitness application) and a fingerprint scanner which is massively improved over the one which shipped with the S5.

You no longer need to "swipe" your digit over the sensor - you just touch it and your handset is unlocked.

The S6 comes with 32GB of internal storage as a minimum - 64GB and 128GB options are also available. You may wish to opt for one of the larger capacity models if you're keen on storing a lot of data on your phone, as there's no microSD card slot this time around - something that will no doubt come as a shock to many long-time Galaxy S followers.

It's also a shame that the S6's battery is actually smaller in size than the one found in the S5 - 2550 mAh down from 2800 mAh - and as a result the phone has very average stamina.

Thankfully, Samsung has included a wide range of charging options to make up for this, including wireless charging and fast charging. The latter allows you to fully replenish the phone's battery in around an hour, which is something that comes in very handy when you consider how often you'll be topping it up.

Wireless charging is slower and requires you to invest in a compatible charging pad, but it's a neat extra all the same.

A 16-megapixel camera offers excellent photographic opportunities - in fact, we'd even go as far as to say that this is the best snapper on any Android device right now.

Image quality is excellent, it's super-quick to boot up and takes photos with hardly any delay - compare this to the Nexus 6, which can sometimes take a few seconds to focus and capture a shot. 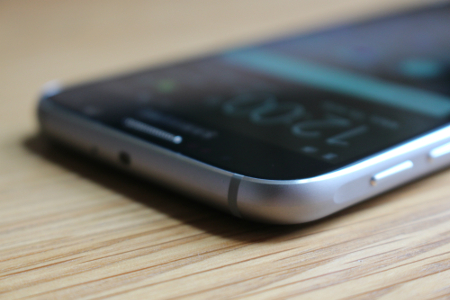 Seeing as this is a Samsung handset, it should come as no great shock to learn that it has a Super AMOLED display covered in Corning Gorilla Glass 4. Boasting a resolution of 1440 x 2560 pixels across its 5.1-inch expanse, this panel is typically striking, with good contrast and colour reproduction.

It's debatable whether you really need a pixel density of 577 on a mobile phone screen, but you won't be suffering any blockiness or low definition here.

Unlike some of its rivals - such as the HTC One M9 and Nexus 6 - the Galaxy S6 only has a single speaker, located on the bottom edge of the device beneath a very iPhone 6-like grille.

It's powerful enough, but when your hand is covering the bottom of the phone it becomes completely muffled. While HTC's handset could realistically be used as a personal stereo thanks to its BoomSound speaker setup, the same can't be said here - not that that will be a major downer for most potential owners. 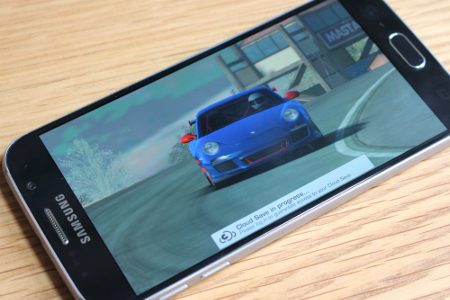 Samsung decided against using Qualcomm's Snapdragon 810 chipset this year, which has proven to be a wise move following reports of overheating and performance problems. Instead, the Korean company has opted for its own home-made chip, the Exynos 7.

You might assume that ditching the market-leading Snapdragon has resulted in less-than-brilliant results, but Samsung's own chip is blisteringly fast, making the Galaxy S6 one of the most powerful phones on the market right now.

Nowhere is this more apparent that when you're gaming on the handset. Simply put, the Galaxy S6 delivers one of the most impressive gaming experiences we've ever witnessed on an Android device.

Mobile gaming is notorious for sketchy performance, largely due to how difficult it is for developers to optimise their titles for all the different hardware variations that exist. The S6's raw power means that it runs things silky-smooth - even demanding titles like Real Racing 3 have very minimal frame rate problems.

All of the 3D games we ran on the handset ran without any issues, offering the kind of performance that you'd normally associate with a dedicated handheld console. 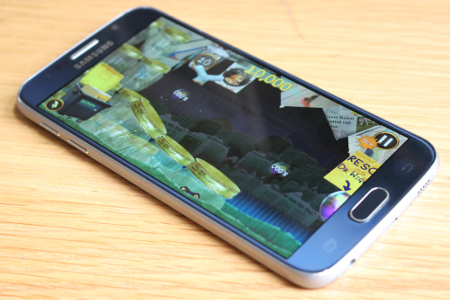 The biggest improvement here is the design - the S6 is a fantastic-looking handset, offering a truly premium impression which more than matches the price tag.

Samsung has finally crafted a device which can stand toe-to-toe with the best that Apple pushes out, although its critics will be quick to point out that the design is very similar to that of the iPhone 6.

It's not just looks that the S6 has - there's plenty of power inside that svelte frame, too. Samsung's own Exynos 7 chipset offers fearsome power, making this one of the best gaming phones we've seen so far. 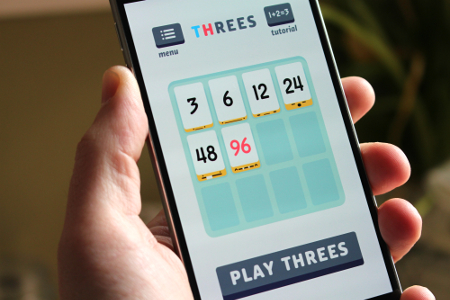 Losing the MicroSD card slot is going to be hard for some Samsung fans to stomach. 32GB of storage - plus the myriad cloud options out there - will be enough for most people, but there are some who have stuck with the Galaxy S line purely because of removable storage. Dropping it could cost Samsung sales.

The phone's smaller 2550 mAh battery is also something of a downgrade. Heavy use can see the Galaxy S6's battery plunge from full to dangerously low in a frighteningly fast time.

During our review period we found that by 6PM, the handset was gasping for air. Power-saving modes help prolong stamina, but they handicap the handset by dialing down performance - which, when you've paid through the nose for a cutting-edge device, is the last thing you want to do.

It's also important to point out that the battery is non-removeable - another change for the Galaxy S line, which has always offered users the opportunity to swap out batteries. 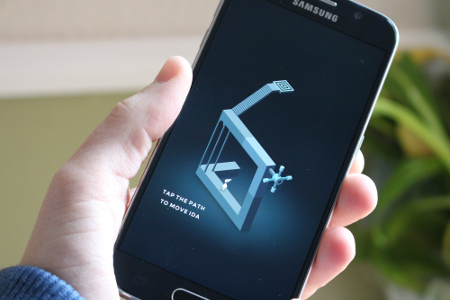 The Galaxy S6 represents one step forward and two steps back for many long-term Samsung fans, as it loses expandable storage and a removeable battery in favour of a vastly improved design.

However, we feel that these trade-offs are worth making when the end result is so impressive - the Galaxy S6 has plenty of grunt, a wonderful screen, a great camera, and a host of other genuinely impressive features. We don't know how we ever survived without fast charging.

It's also a fantastic phone for gaming, and makes short work of even the most intense 3D titles. The poor battery stamina is irksome, but hardly disastrous - especially when the multiple charging options are taken into account.

This is one of the best phones that Samsung has ever made, pure and simple.

Thanks to Mobile Fun for supplying the unit used in this review.

It may be missing some legacy features like expandable storage and a removable battery, but when the end result looks and performs as well as this, it's hard to grumble. A new high water mark for Samsung
By Damien McFerran
| Jun 16, 2015 |

Airframe: Nemesis will serve up revenge as an intense, strategic dogfight on iOS and Android

Try Harder - An endless runner with a morbid twist

What the Samsung Galaxy S6 means for gamers