Trapped in hell, pursued by grim reapers, you'll need to hop across numerous levels in a quest to regain your wings and escape. Fatal hazards abound, from sawblades and spikes to pressure plates and collapsing platforms.

These top-down challenges combine puzzle elements and tricky evasion, as you position bombs to blast through obstacles or figure out how to cross an expanse of lava.

Special power-ups like holy water and rage grant you to temporary buffs; you’ll need these abilities to collect hard-to-reach gold skull crates or maneuver around traps. 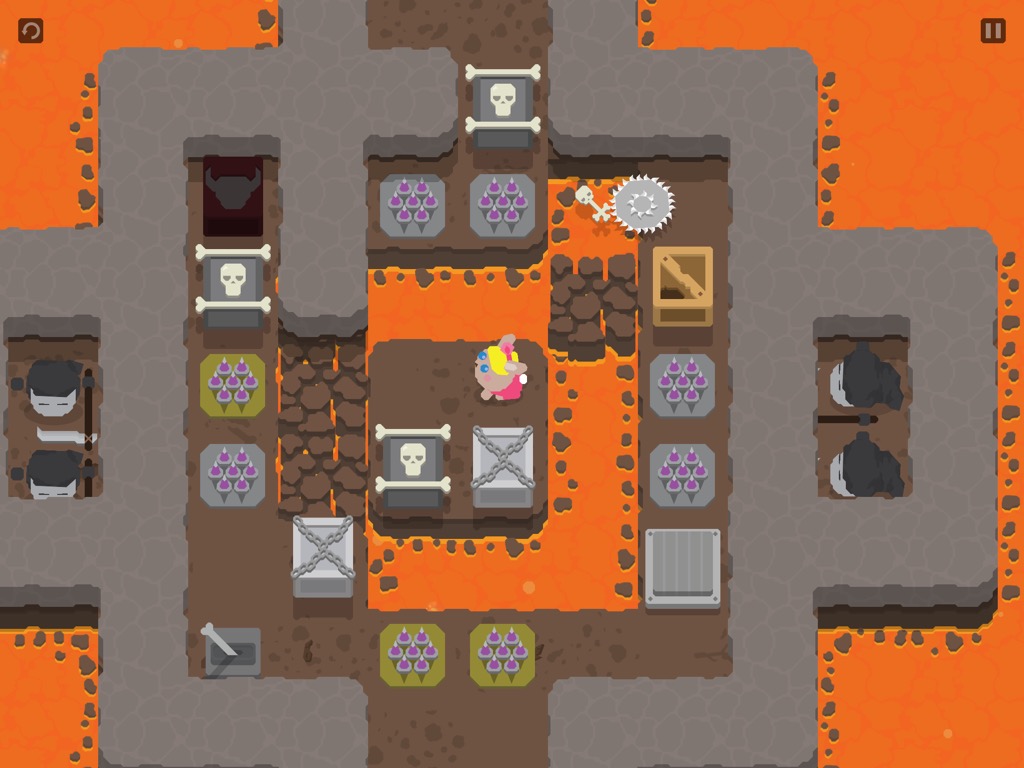 Furdemption will feature over 100 levels when it releases on June 25th as a $2.99 premium game. An Android release is planned later.

Monday getting you down? Come get a nice warm cup of good free games!

Furdemption: when redemption and fluffiness meets in a mobile puzzler