Square Enix has done us the courtesy of revealing the new and exclusive features that'll be heading to the 3DS version of the Silver Award-winning Dragon Quest VIII.

Still no word on whether the game will be heading west, though. Moping aside, let's have a look at what's new, shall we?

First off, there'll be new episodes that dive into the history of Dhoulmagus's history (that's the villain) as well as the childhood of your hero. These add to the original story. 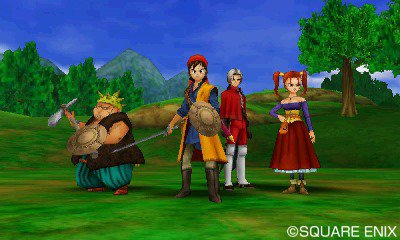 You can also expect two new party members. Red is a nimble thief and old friend of Yangus. While Morrie (who fights by summoning monsters) is the owner of the Monster Arena and organiser of the Monster Battle Road.

The 3DS version will also have a fully orchestrated soundtrack by the Tokyo Metropolitan Symphony Orchestra and will be fully voiced.

It won't support stereoscopic 3D, unfortunately (or not?), but it will have 3DS-specific features added later such as StreetPass support. 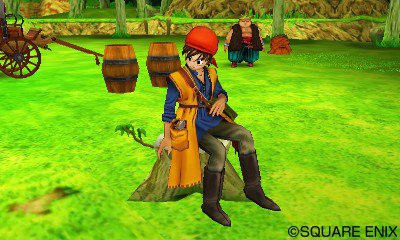 Oh, and Square Enix also released the first screenshots of Dragon Quest VIII running on the 3DS. Have a look at those in our Screenshots section.

As we wrote before, Dragon Quest VIII will be available on 3DS in Japan from August 27th.

Rumour: Dragon Quest VII and VIII on 3DS might actually be heading west after all