The poster for Tokyo Game Show 2015 has been unveiled and for the first time it distinctly features a smartphone. There's even a smartwatch in there.

As you'll see in the visual below, the girl at the centre of the poster is on a hover board in order to convey the idea of "flying" and "floating" while playing games. Or, in other words, playing games on the go.

Looking closer at the poster you'll see that she has at least three different gaming devices to hand.

The first, in her right hand, is a smartphone with what might be a maze game on it. She also seems to have earphones attached to it.

Turn your attention to her left hand and you'll see a gamepad. But shift your eyes to her left wrist, and... what's that? Yes, that's a smartwatch too (with a pink ghost-thing coming out of it). Blimey. 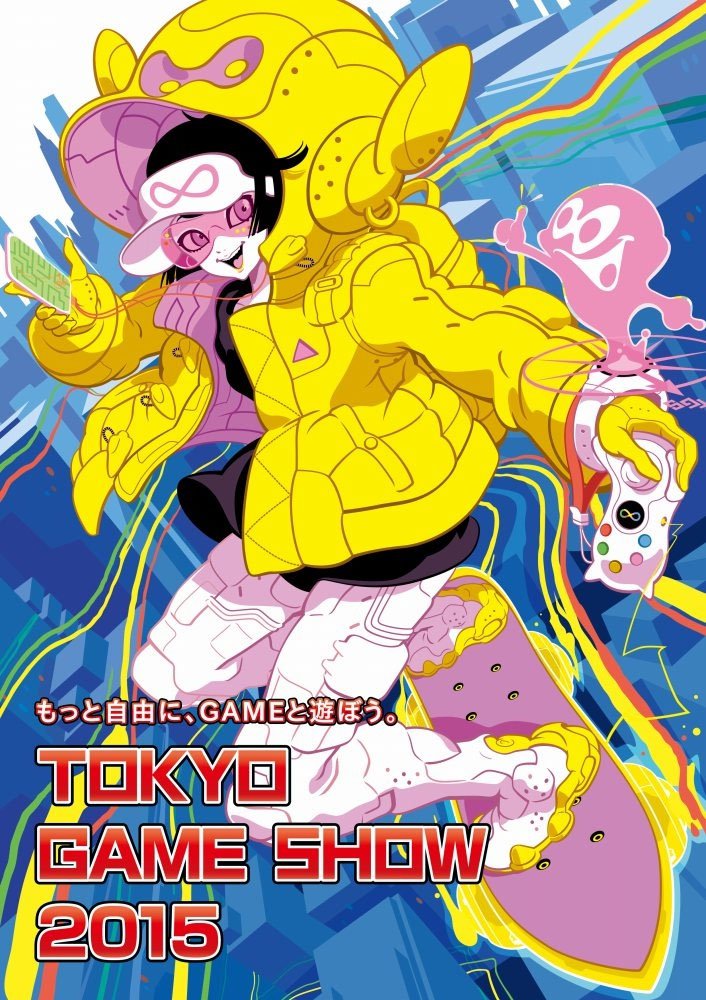 That's why the addition of a smartphone and a smartwatch is noteworthy this time round. It probably has something to do with major Japanese developers announcing that they're shifting their focus towards mobile gaming this year.

The first of these announcements this year was from Sega, which cut hundreds of jobs, and shifted towards PC and mobile instead of consoles.

Then we had Nintendo revealing that it'd be working with DeNA in hopes to get five mobile games out by 2017.

Then, more recently, Square Enix accused the console market of being too competitive and oligopolistic, and would shift its focus to mobile games as a result.

Lastly, Konami said that it would be "aggressively" pursuing mobile as its main platform going forward.

Considering this, as well as the new focus in the Tokyo Game Show 2015 poster, it seems likely that we'll see even more presence from mobile gaming at this year's show.

Tokyo Game Show 2015 will take place between September 17th to the 20th at the Makuhari Messe venue in Chiba, Japan.

Age of Empires: Castle Siege is... sigh... it's Clash of Clans again

Dark thriller Yesterday is getting a sequel called Yesterday Origins, due out in 2016