I'm sure you've seen those Game of War adverts, starring Kate Upton's breasts (with a cameo by Kate Upton's face). It'd be hard to miss 'em (the ads, I mean) - Machine Zone has run the commercials approximately 9,000 times, after all.

Sadly. Painfully. Crushingly, they're working. Sales of in-app purchases in the ultra pap Fire Age have doubled since Upton started representing the game, leading to revenue of about a million bucks a day for the developer.

So using sexy ladies in their knickers to sell games to straight dudes is still a thing, I guess, even in the world of mobile where the gender split is basically 50 / 50.

But, for a little context, let's do a brief history of man-friendly ads and commercials for games, to see how far we haven't come. 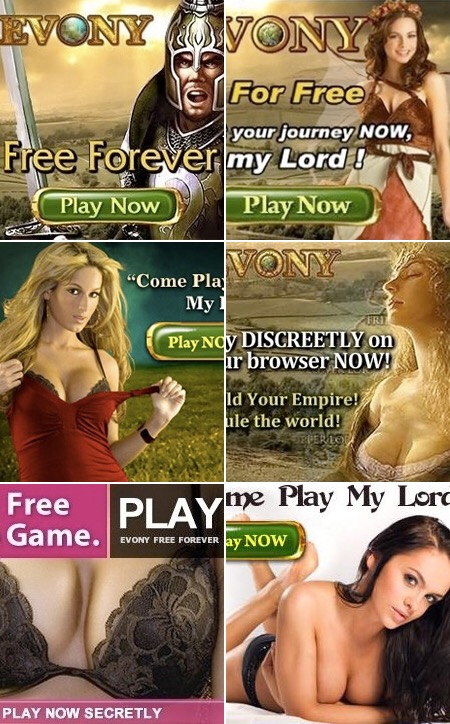 The Upton ads are basically just a super expensive version of those grim "come play, my lord" banner ads for Evony. This site charts the evolution from man in armour to lady in dress to lady taking off dress to lady in bra to topless lady.

At least Upton appears in Game of War, as a virtual adviser, unlike the sexy ladies who never show up in Evony. 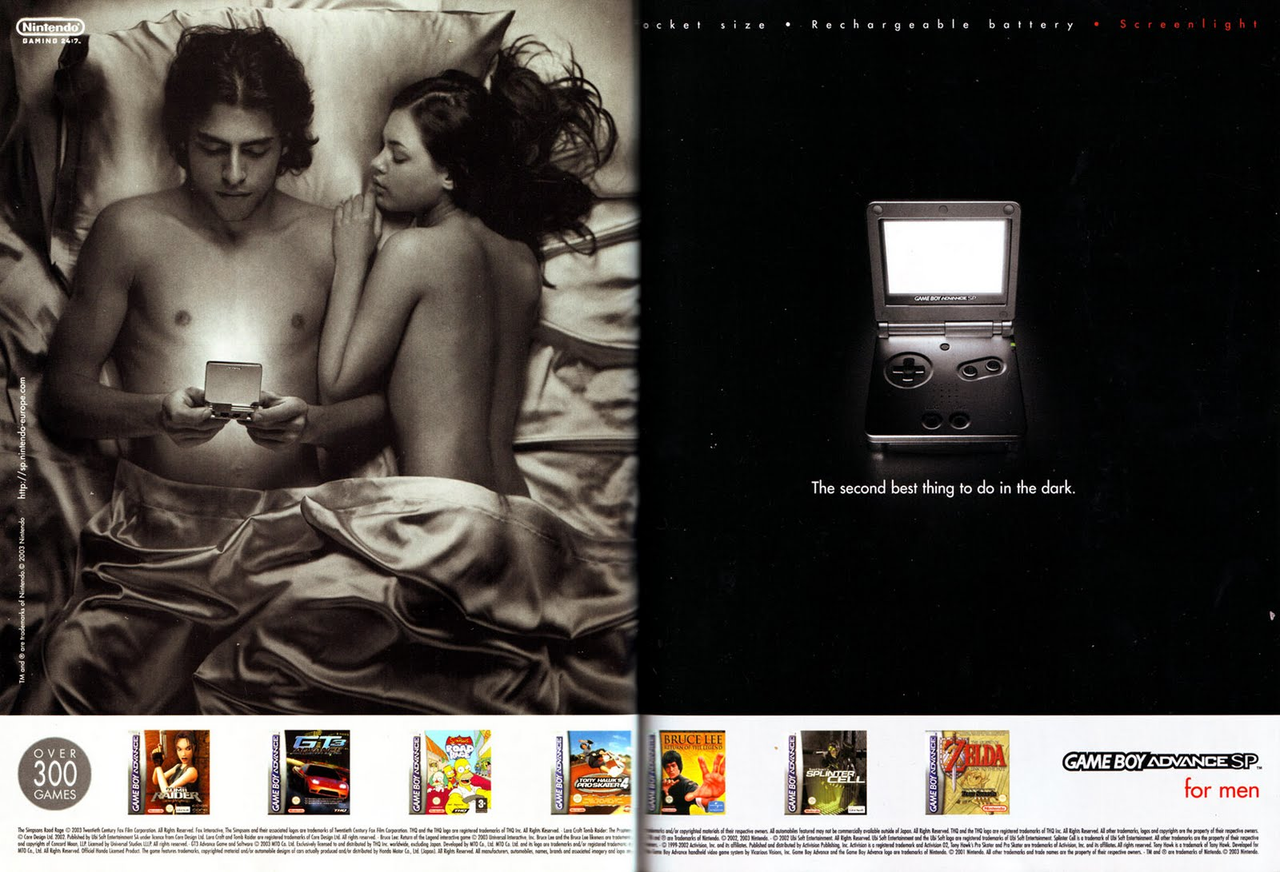 Even family-friendly Nintendo isn't afraid to use a naked girl to shift systems. It said the light on the Gameboy Advance SP made it the second best thing to do in the dark - the first, presumably, being ghost hunting.

Just in case the message wasn't obvious enough, they slapped a little red "for men" in the corner. Back off, girls! The 32bit graphics might overwhelm your ovaries!

If YouTube is any indication, TV adverts in mainland Europe are just a never-ending cavalcade of naked breasts. Which sounds pretty awesome.

Less awesome is this creepy ad for PS2 racer Juiced, which had two bros realising that by pimping out their in-game car, they were simultaneously editing a nearby girl's appearance.

So they strip her naked and slap her bum. Lol, bants. 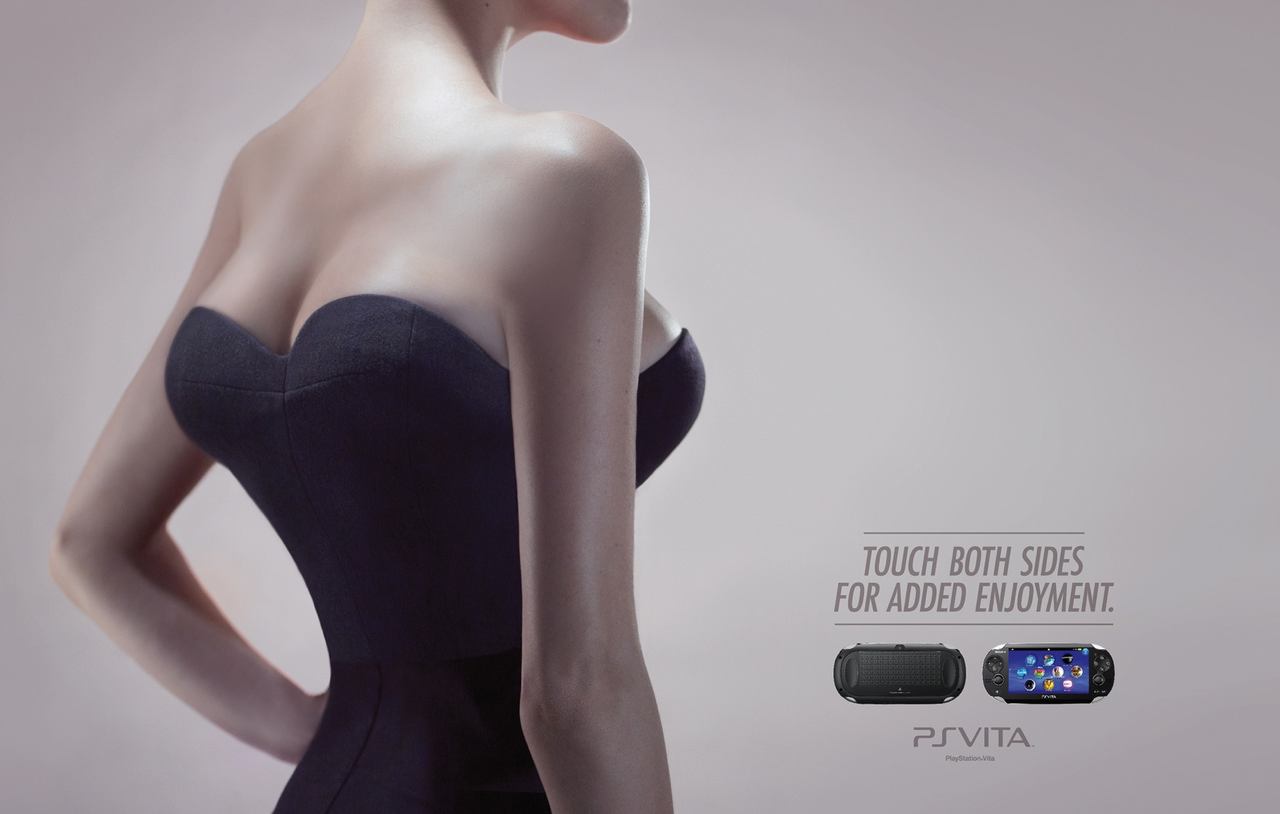 The rear touch panel on the PS Vita is about as weird, unsightly, and uncomfortable as having a pair of boobs growing out of your spine. Very honest advertising from Sony. 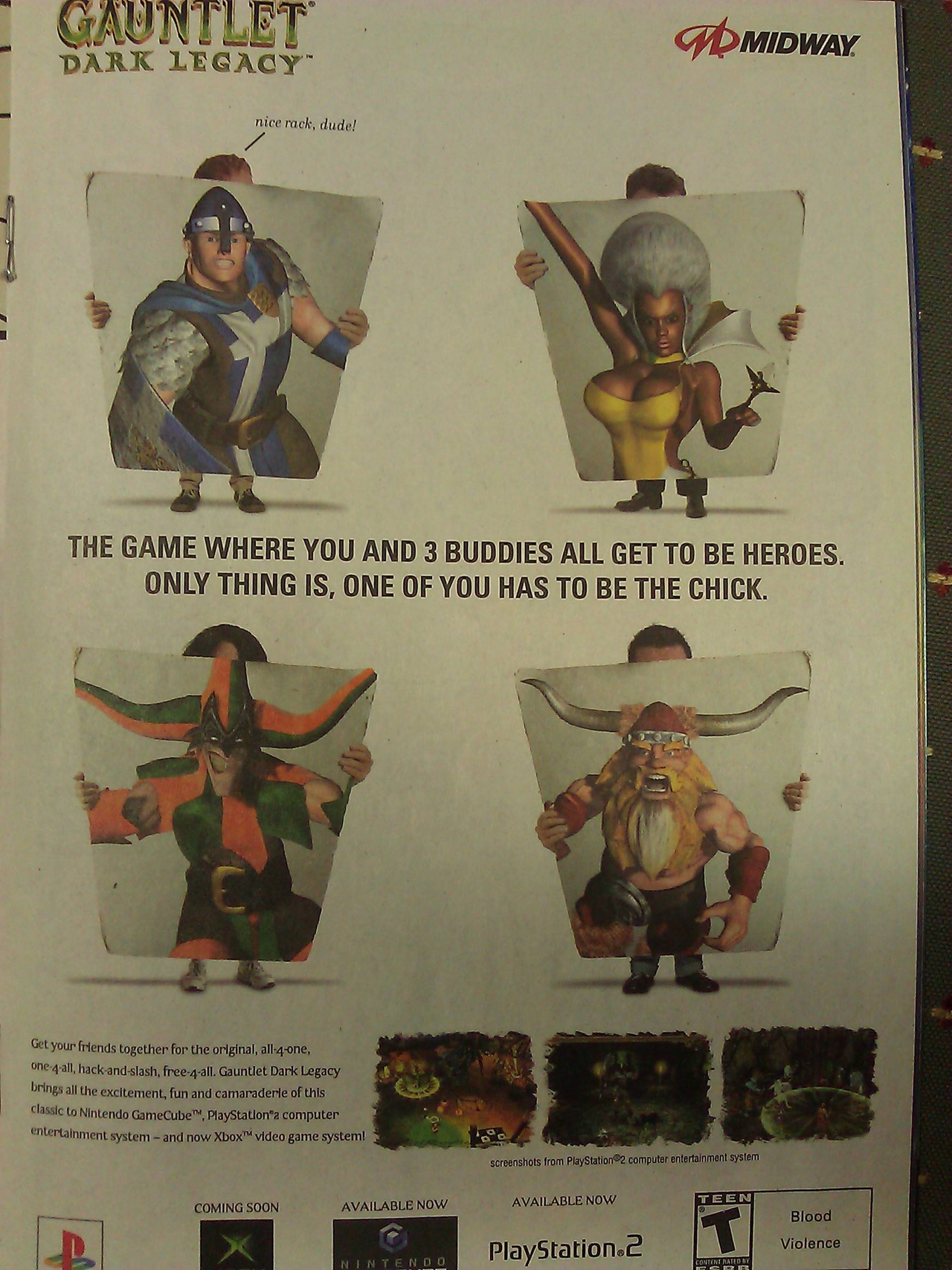 Oh nooo what a disaster, I'm gonna get teased by all my friends who secretly wish they were foxy black chicks with massive knockers and a killer silver afro. Woe is me. 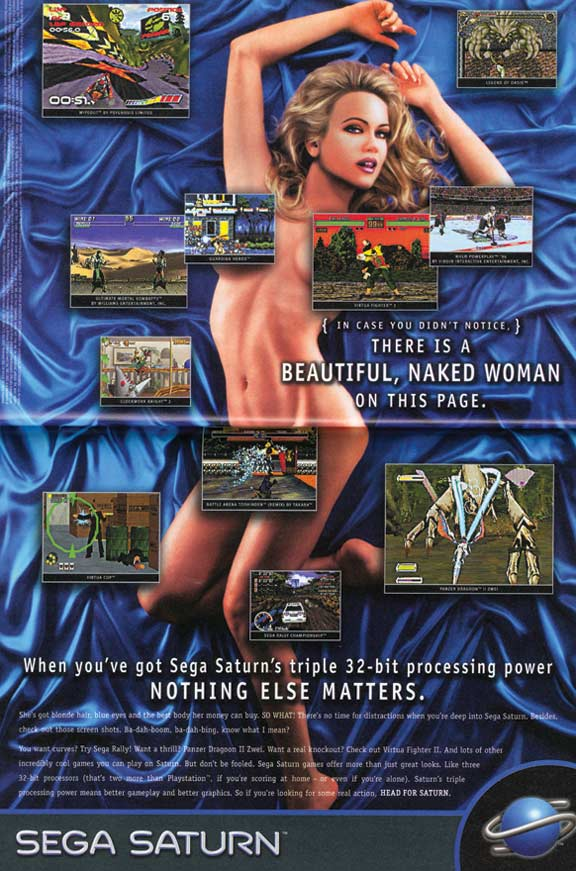 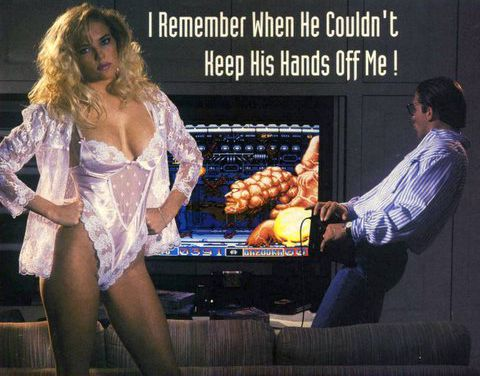 If the position and inclusion of the fleshy dick monster on screen was intentional then this is some Don Draper level shit up in here. Gold star. 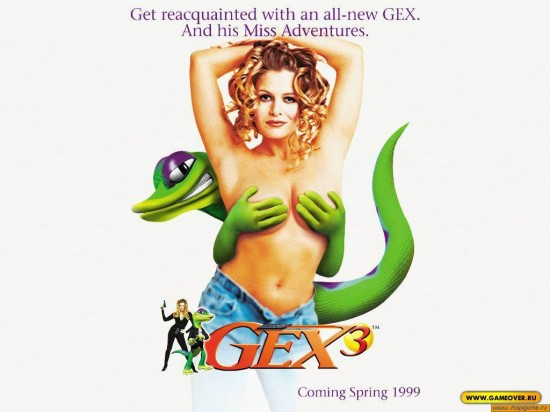 If a lizard touched me on my boy parts I would hit it on the head with a spoon and chuck it in a river.

Oh, this is nice. They're picked two female drivers for this commercial. A bold subversion to the established gender stereotypes in both video games and extreme sports.

Oh, wait, no, they're getting naked.

Look, I don't want to get all SJW on you. And no, I'm not calling for censorship or prudishness. But man, it does kind of suck to see that ads are still pandering to 14 year old boys and sending the message out that games are intended for guys.

But hey, at least there are some adverts for the girls. 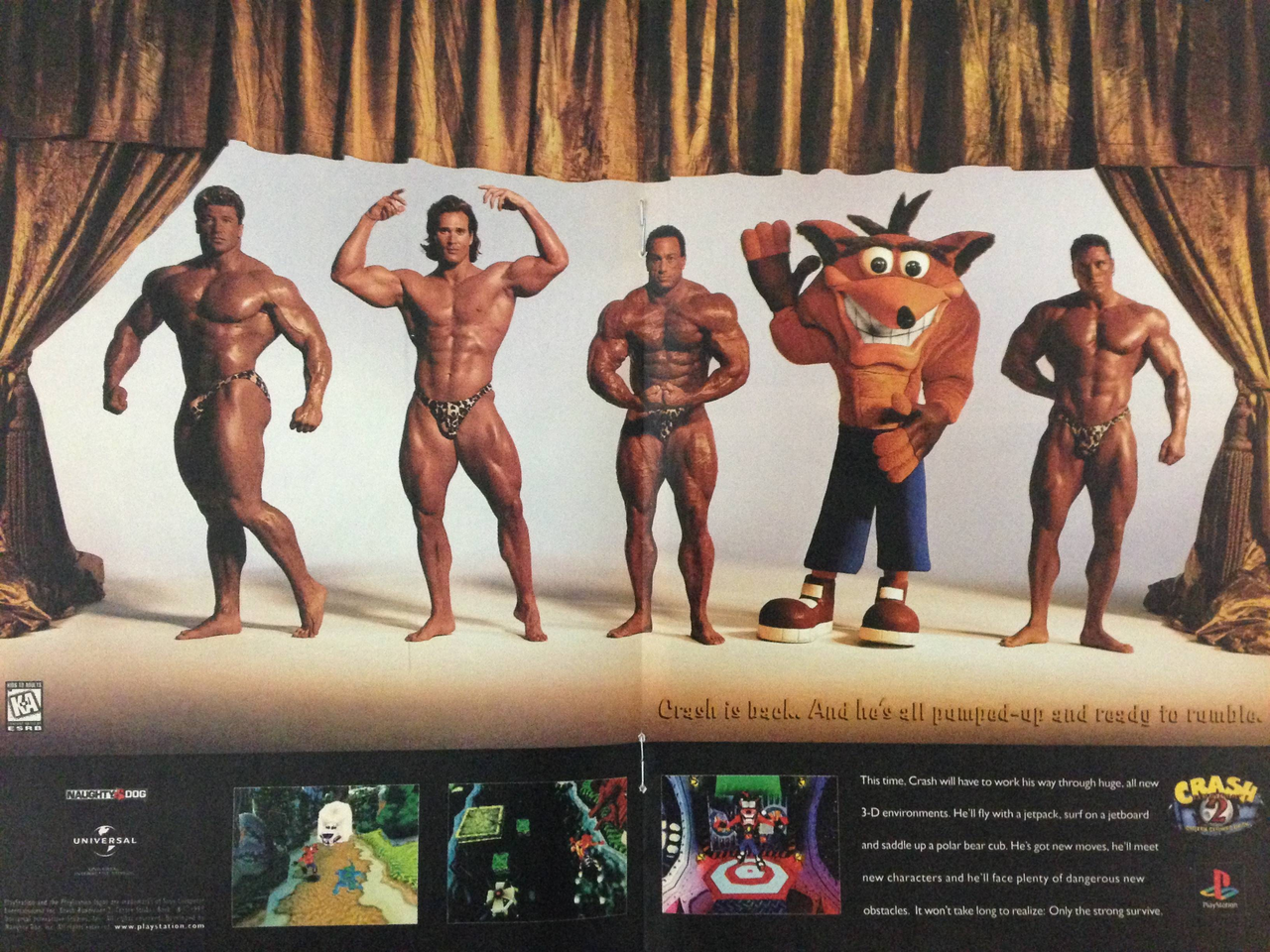 Cop a load of that, ladies. More like Game of Phwooooar, am I right?

Dragon Quest 8 is coming to 3DS, but probably not in English