Kristian Segerstrale, the COO of Super Evil Megacorp, the creator of mobile MOBA Vainglory, reckons that eSports is going to get a lot bigger on mobile.

Of course, he's going to say this given that he's just made a deal with e-sports organization ESL to set-up the Vainglory Cup Series. This is the first touchscreen game that the ESL will host for an eSports tournament.

But, in speaking to The Guardian, Segerstrale even cracked out some mathematical calculations to accompany his prediction.

First off, he acknowledged that eSports has been around on PC for years. And that it's also very early days for eSports on mobile. 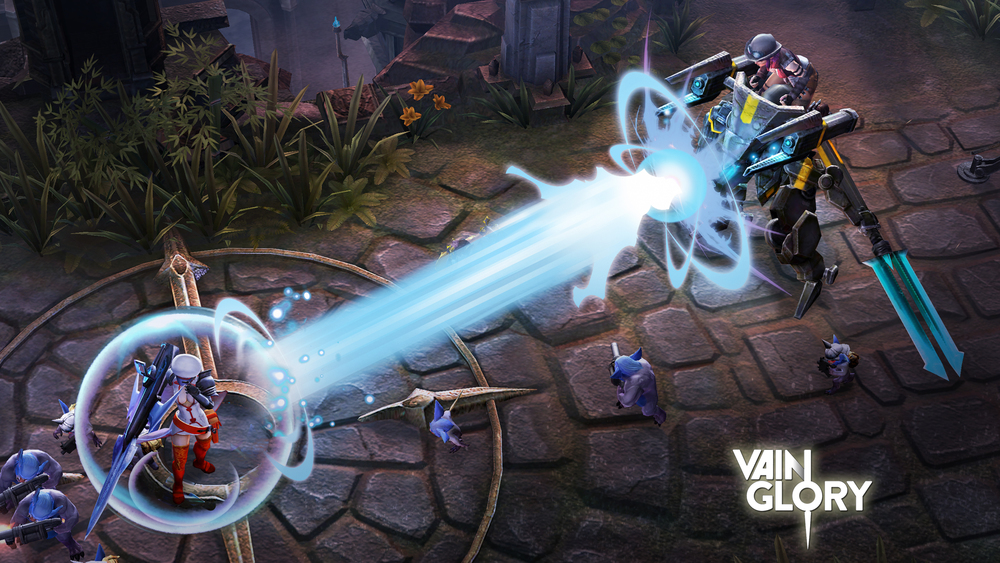 Note that Segerstrale refers only to the "highest-spec PC games" in his calculations. Now consider that, for example, Counter-Strike 1.6 is still being used in tournaments today. That's a game from 1999, and it looks like it, too.

Plus, perhaps the biggest PC game for eSports right now is League of Legends, and that is huge. As of 2014 it had 27 million daily players and winners of its World Championship compete for over $2 million as a prize.

Also worth noting is that Segerstrale positions his PC figures against the estimated total number of people who will own a smartphone or tablet in a few years time.

But as we all know, a lot of people who own these devices don't use them for playing hardcore games like Vainglory. It's Candy Crush Saga, Angry Birds, and similar but more casual games like Clash of Clans.

Still, Segerstrale is probably right about eSports on mobile becoming a much bigger thing in the next few years.

In his conversation with The Guardian, he points to early indicators of its growing popularity such as Lanai Gara (aka Ms Vixen) streaming Vainglory. She made her name with games like Call of Duty and Counter-Strike.

"We don't pay her to do that: she's just found this to be a great medium to play with her friends. It's just as legitimate as the more well-known eSports games," Segerstrale said.

He also pointed out that Vainglory is one of the most streamed touchscreen games on Twitch. That's happening despite having only a fraction of the audience size of the biggest games on mobile and tablets.

From this a small community is forming. People are setting up their own Vainglory tournaments, streaming them, and handing out small cash prizes.

Segerstrale hopes that this will continue. He's in it for the long run, and hopes to see eSports on touchscreen grow from strength-to-strength, just as it did on PC throughout the 90s and up to today.

In any case, the early signs are positive, and so it seems that eSports around mobile games is only going to get bigger.

It's worth reading the full article on The Guardian if you're interested in this topic. Segerstrale says a lot more than what's summarised here.