We brought you news of a "Monster Hunter-like" game upcoming from Sega in Japan called Monster Gear the other day. Turns out it's not quite as kindred with Monster Hunter as we might like.

As revealed in a preview by Famitsu, Monster Gear is a 2D game designed to be played in five-minute missions with up to four people online.

It's also designed to be played with one hand, with three buttons along the bottom of the screen being all you need to press.

According to Siliconera, these three buttons correspond to "Basic Attack," "Guard," and "Special Attack" in the real-time battles.

These limited commands are varied up with the choice of five weapons that you're offered. But it's only really in the "Special Attack" that the variations in each weapon is witnessed. 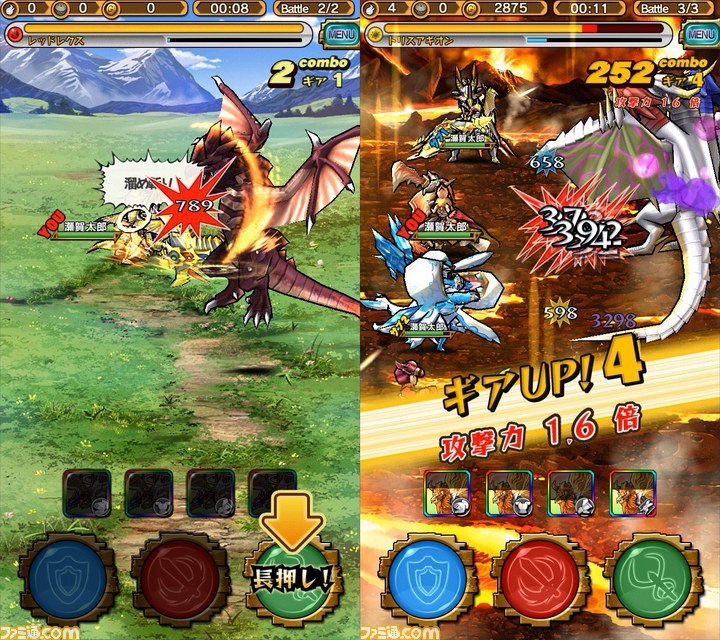 One final aspect of the combat that we know about is that using a "Special Attack" at the end of a combo makes it more powerful. However, this requires acute timing, but makes it all the more rewarding when successful.

Monster Gear will be out in Japan for iOS and Android in May. There's no word of it heading west yet.