The game is well known for its gorgeous art and soundtrack, and a bizarre combat system that ditched turn-based battles in favour of feisty bump-offs where you nudge into foes to do damage.

That should work quite nicely on mobile, as you can move and fight with just one touch. Plus, the game has controller support for a more traditional feel. 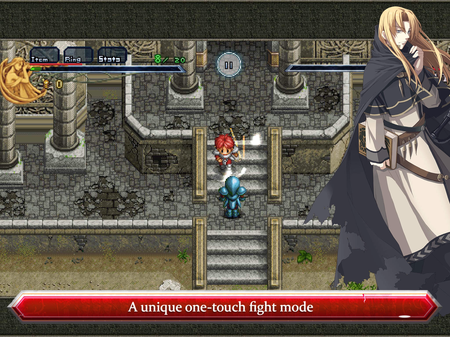 As we've come to expect from DotEmu, this is no phoned in port. It has achievements and hints, multiple soundtracks to pick from (including Chronicles, Original, and PC-88), and a pair of graphics modes (Chronicles and Original).

So if you missed this on Master System and Turbo-Grafx 16 and PSP and a bunch of other platforms, you can get it on the App Store or Google Play for just £3.99 / $4.99.

[Update] 3 years after raising $3 million, Broken Age is finally finished and out

Neuronet: Mendax Proxy is an upcoming AR based title that's now available to pre-register for iOS and Android