The world has been taken over by evil Titans and only you can save it by furiously tapping your mobile screen to slay foes, collect gold, and hire heroes.

The art and character design in Tap Titans is beautiful and really enhances the game play, which is entirely performed by tapping.

You tap to attack at whatever speed you feel is necessary to kill Titans and earn gold. This can be used to purchase new allies, skills, and stat upgrades. 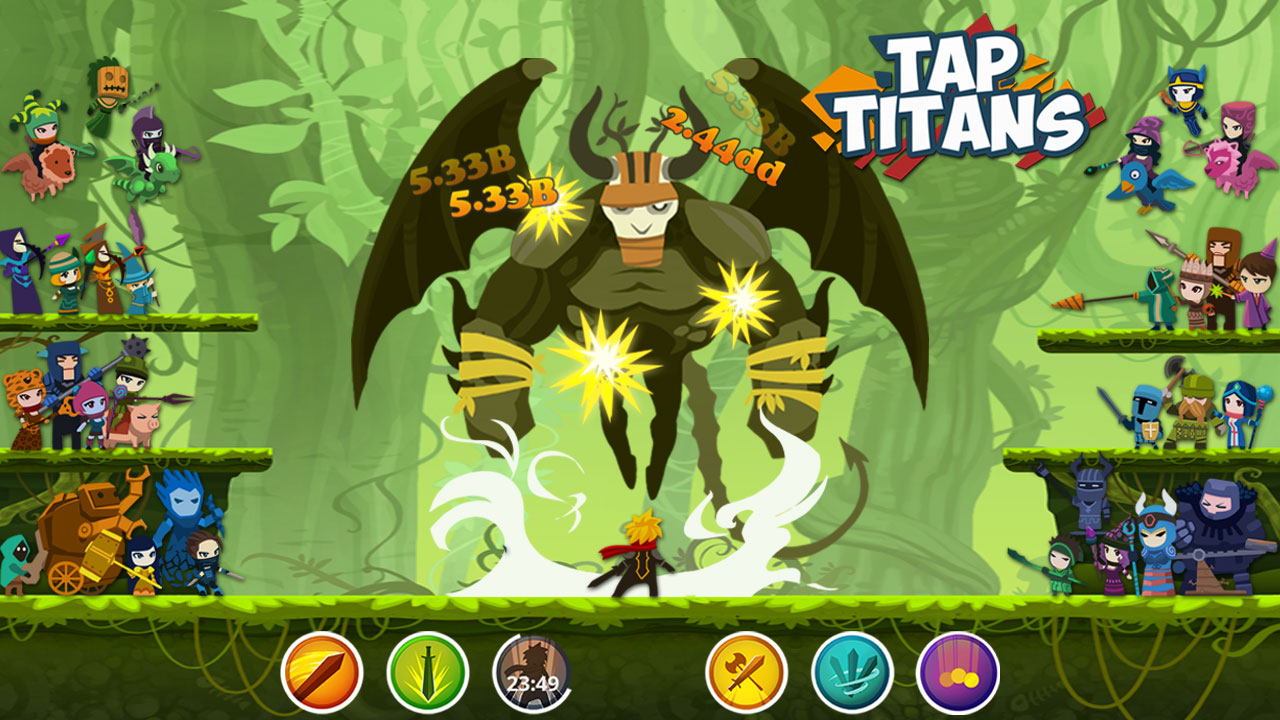 An achievement system rewards you with diamonds for completing objectives like killing bosses, upgrading heroes, and, of course, tapping. Diamonds, which can also be purchased, are used to gain temporary perks or permanent costume items, like new hats or swords.

Occasionally, a fairy will appear that that offers bonus gold, diamonds, or an aura - a temporary perk which can improve your attack speed, damage, or reward you with gold per tap.

After defeating nine normal Titans, you'll face a boss that's a lot more difficult to take down. This will allow you to progress to the next stage where tougher foes await.

The game never really ends either. Once you reach character level 600 you can choose to 'prestige' which resets your progress but rewards you with a number of relics based on how far you progressed. Relics can be used to buy artifacts which offer a serious stat bonus. 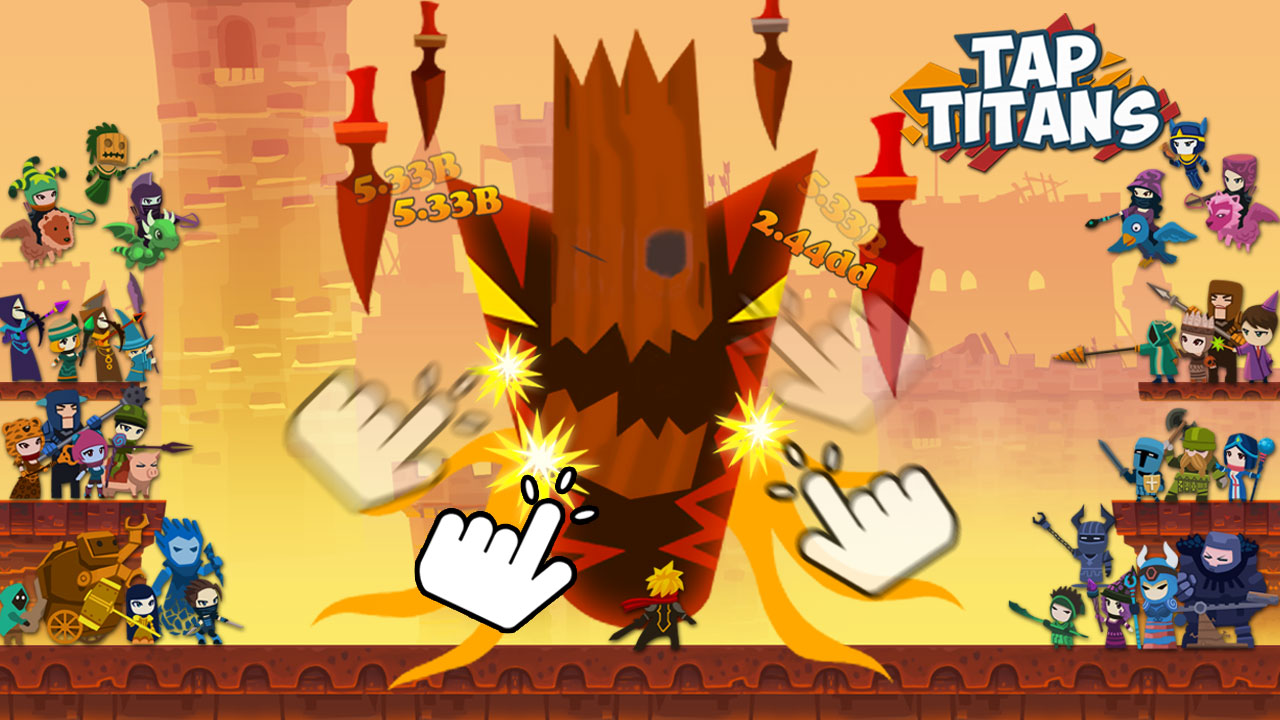 You can prestige multiple times, earning relics each time but you'll keep any unlocked achievements, artifacts, and costume items each time you do so.

It's addictive, to say the least, and you can play for as long as you want because you'll continue to earn gold even when you close the game.

Space Dust Racers, a PC and console party game, will use smartphones as additional controllers