It's not every day that Apple unleashes a brand new product in an entirely new product line, is it? So you'll have to excuse us for geeking out a bit and doing a, shiver, unboxing article.

But hey, these things are hard to get as they're not in shops and pre-orders sold out in minutes. So if you're anxiously awaiting your device, maybe you could live vicariously through us. 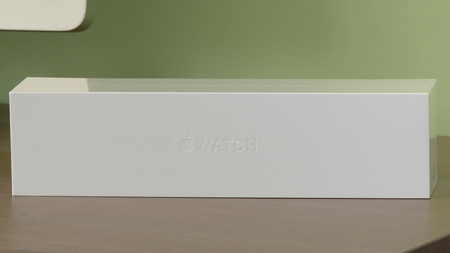 The box is a weird shape. I was expecting a cube, but it's actually a giant rectangle that could contain a small baguette or curiously straight banana.

Let's break the seal and see what's inside 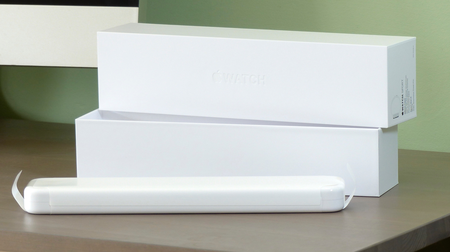 Ta… da? Oh! Normally when you pull open those friction-sealed Apple boxes you get a face full of glass. That's how the iPad and iPhone boxes work. But here, we get a curious white coffin.

No going back now. You have to tear a piece of paper to get inside. 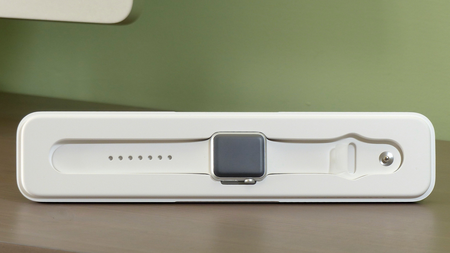 Ta-da! A proper Apple unveiling this time. After cracking open the coffin we see our fancy new Apple Watch looking out at us. The strap is already connected, so it's ready to go on the wrist.

We went for the 38mm sport watch because we're poor. The white strap was probably a mistake as that thing is going to get real dirty, real quick. But hey, white goes with everything. Got to think about fashion, chaps. 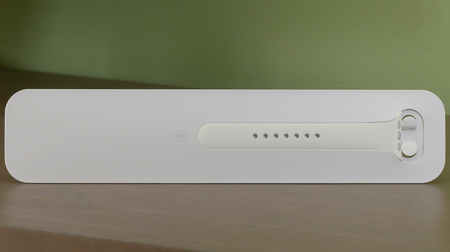 Before we look at it properly, let's see what else is in the box. First up is a second strap which is a replacement for the lower piece of the band if the default one is too thin. Basically, it's a chubbiness tax. Sorry. 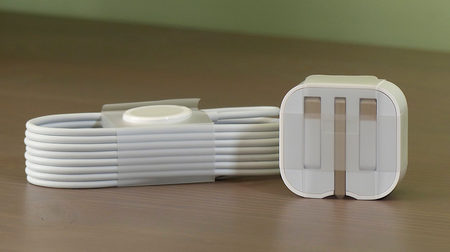 We also get the plug. This thing is cool for two reasons. And yes, we are going to write more words about the plug than the Apple Watch itself.

For one, it's magnetic so you don't have a big unsightly socket on your Watch. You just snap the big round plug to the back of the Watch. Second, the plug head has fold-in pins.

Now you can carry the plug in your pocket or bag without gouging a chunk out of your leg. And it has an insane mechanism where all three pins pop up at once like they're the guns on a flipping Star Wars spaceship.

Forget the Apple Watch. I'll just play with this plug. 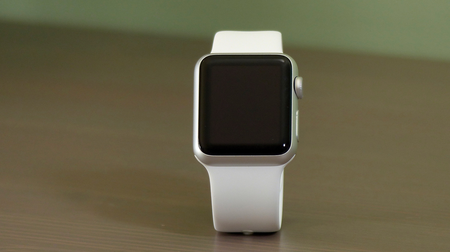 Here's the actual watch. Looks nice. Pretty small! How small? Let's do a size comparison with… 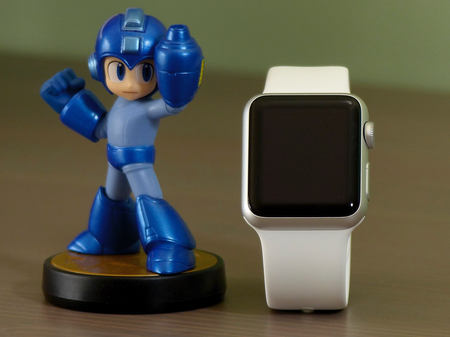 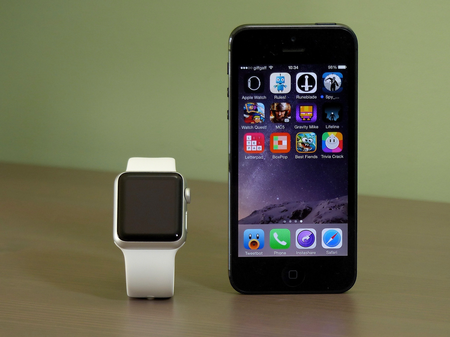 An iPhone 5! There we go, now you've got an idea of how big it is in comparison to a phone. Remember that this is the smallest (and cheapest!) Watch you can buy. 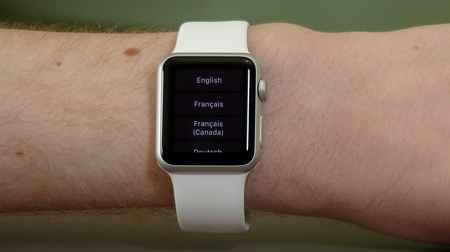 And finally, the watch on my tiny waif-like arm. It's like strapping an iPhone to an ant's leg. But it fits snugly and straps on easily. Looks good. Proper impressions at a later date!

For now, let us know about your Apple Watch plans. Got one? Getting one? Will never have one? What the hell is an Apple Watch? I've got a Pebble, jackass?