The music in Cube Koala doesn't fit. But it works.

This is a brutally difficult game that takes great pleasure in killing you over and over and over again, as you try to get a koala through the spike-laced gauntlets Happymagenta calls levels.

It's especially tricky as you don't have any control over the boxy Aussie animal. Instead you twist the level about, turning stages on their head and manipulating gravity, to toss the koala about like a puppy in a washing machine.

But behind all this. Behind the buzzsaws, spikes, and disintegrating platforms. Behind the exploding koalas and blood splatters. And behind your yells and swears, there's a tranquil, ambient soundtrack. 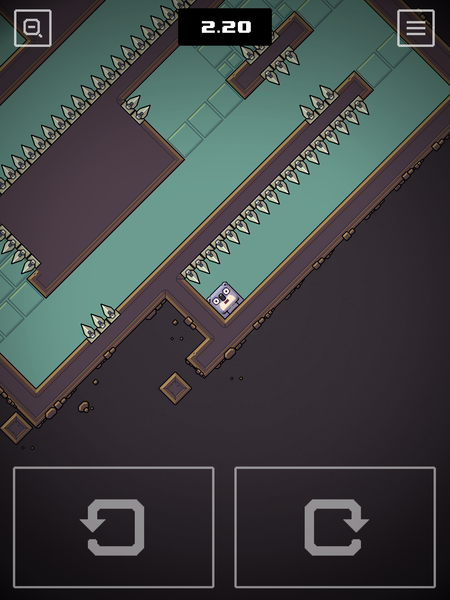 The game's obviously inspired by Super Meat Boy (hence the Dark World levels and some trappings) but it doesn't have the high-tempo heavy metal chiptune electro beats of Team Meat's game. No, it's calm and relaxing.

And that's good, because the game can get extremely difficult at times. Some bits are slightly unfair, even, and feel like they require a bit more luck than skill to get through. But those smooth beats keep the rage at bay.

There's a lot more to like about Cube Koala - it's got pretty pixel art visuals, lots of ideas, and puts an inventive twist on the platformer so it works wonderfully on touchscreen. Plus, it's free. So go get it.