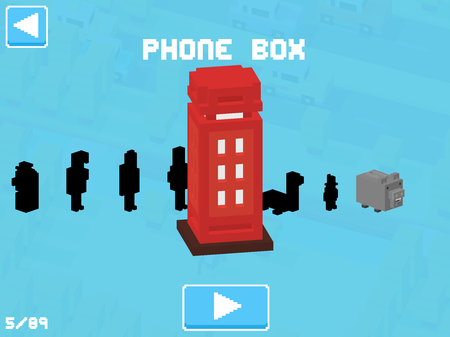 Crossy Road has recently been updated with a bunch of new traffic dodgers, all based on hurtful and largely racist British stereotypes - from chimney sweeps to a box of fish 'n' chips.

And, as ever, there are some secret characters that require a little know how to unlock. And we're going to tell you how to get them. 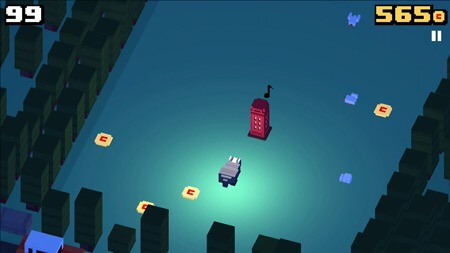 This guy seems pretty easy to get. Just unlock and use one of the new British characters (they go from butterfly to fish 'n chips on the character select screen).

Then, hop your way to the 100 point mark and you should reach a clearing with a phone box in it. Keep going until you die, at which point you'll add this outdated red cuboid to your roster.

We tested it with two devices, using the badger and the Queen's guard, and both worked the exact same way. Ring ring! New character! 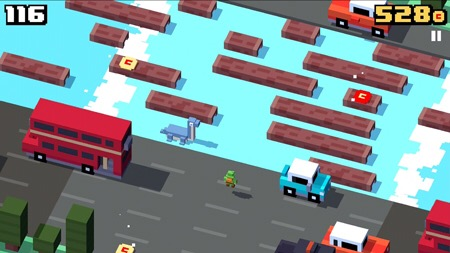 This Scottish monster is basically like the Hipster Whale, in that she will be found swimming along a river and can be used as a platform to cross the stream. The only catch is - you need to be playing as a UK or Irish character. 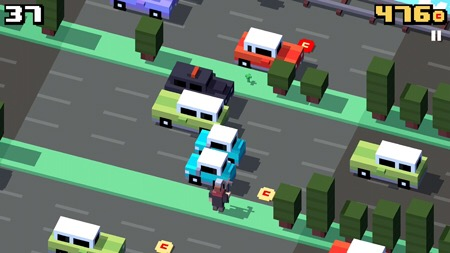 To get this guy you need to find a four leafed clover. Luckily, it's a little easier in the game than the real world.

Basically, when playing as a UK character the game world will be littered with little three leaf clovers which you can pick up by hopping on them. Sometimes, however, they'll have four leaves.

Pick up one of these and you'll get this lucky Irish fella' when you die.

It can be frightfully hard to see the clovers on a tiny phone screen so either get this character on a tablet or just pick up every clover you see and hope for the best.