The 8 cards that will shake up Hearthstone: Blackrock Mountain

Blizzard recently revealed the full card line-up for the upcoming Blackrock Mountain expansion. This is going to be another solo adventure so anyone willing to pay the entry fee gets guaranteed access to these cards.

Given that canny players may want to save their cash and gold for just the very best unlocks, we've assessed the 31 new cards for their likely impact on the game.

Some look a bit weak, the majority look like solid inclusions in the right type of deck. Here are eight, though, that have the potential to completely transform the meta. 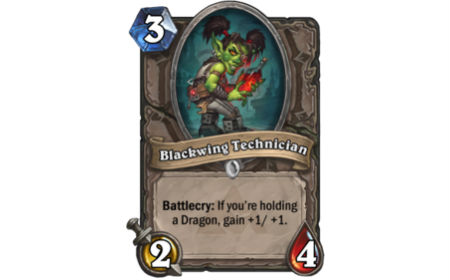 This card is powerful, but isn't that interesting in itself. It's a placeholder for a new deck style we're going to be seeing a lot of in the wake of Blackrock: the dragon deck.

Just like the mech decks that rose to prominence after Goblins vs Gnomes, some classes will work better with dragons than others. Priests and Paladins look the obvious beneficiaries, thanks to Twilight Whelp and Dragon Consort respectively.

There are lots of other dragon synergies in the Blackrock card set though, so they have the potential to slot in any deck. 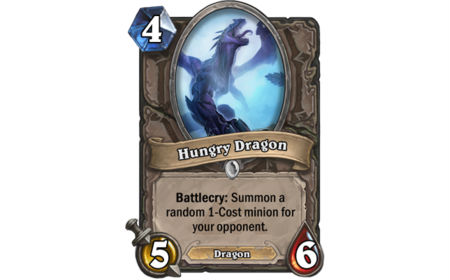 Minions with low cost mana for the stats in exchange for some flaw haven't generally been worth their downsides. There were one or two class specific exceptions, but now here's a neutral that anyone can use.

Summoning a 1-cost minion for the opposition is going to give them a 2/1 an awful lot of the time. In exchange you get a massive 5/6 early in the game.

It's going to be the mid-game card of choice for dragon decks. But it will also fit in well with classes that can easily eliminate those 1-mana summons, like Mage and Rogue. 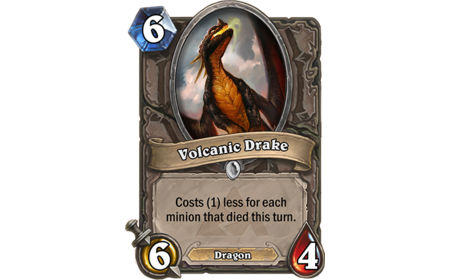 Here's another dragon that looks right at home in a wide range of decks. "Token" builds that can drop a lot of little minions on one turn can now follow it up with this horror.

But it's also got uses in slower decks, because they can drop it for cheap after doing some sort of board wipe.

The main weakness is the four health, a value easily levelled by a lot of direct damage cards. Given that this can come as a sudden and nasty surprise, expect to see more 4-damage cards in response. 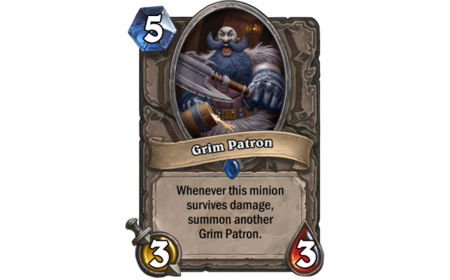 A 3/3 card for 5 mana that creates copies of itself doesn't look too special, until you realise that those copies also make copies. Which can also make copies, and so on ad infinitum.

This is going to become a staple in warrior damage decks. Its synergy with cards like Brutal Taskmaster and Whirlwind is obvious, but consider what it might do with Bouncing Blade? It'll be Gremlins all over again.

Outside of warrior, this could still be very useful for Priests, Paladins and any deck that likes to buff and heal minions. It'll be a powerful bulwark against any zoo deck that relies on lots of small damage potential to take down the enemy. 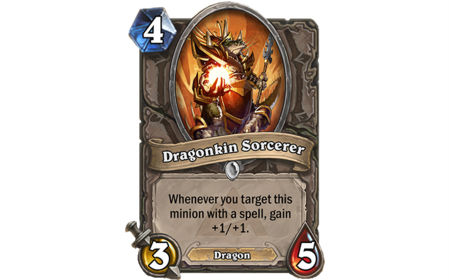 Other than taunting, buffs are not played all that often in Hearthstone. Often, in a game where wiping out minions as soon as they're played is the norm, they're just too slow.

Although it'll work with any buff, it's particularly appealing with cheap attack boosts like Blessing of Might. Five mana nets you an 8/6 minion with the potential to build bigger. 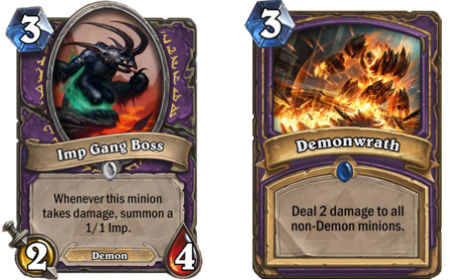 Most of the class-specific cards on offer look solid enough, but not transformative. This pairing for the Warlock is the exception.

Demon-based Warlocks are an archetype that have not seen much action, although they got a boost in Gnomes vs Goblins. These cards look to finish the job, giving them a great 3-drop and a way to clear the board without destroying your own minions.

Although with Nerubian eggs and the new Grim Patron, destroying a few of your own minions is still an appealing prospect. 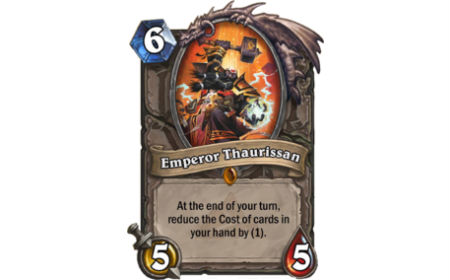 If I had to put money on the card that's going to have the biggest effect on the meta, it would go on this. The stats versus the mana isn't great, but it's the ability that takes the biscuit. The longer he stays on the board, the cheaper all your spells get.

Outside of aggro, there isn't going to be a single deck style that might not benefit from this. When he appears, he might as well be a Taunt minion for the speed your opponent will want to take it down. So imagine how incredible it's going to be, combined with Stealth or played with early mana boosts like Innervate.

I'd also put money on it being the first Blackrock card to get nerfed down the line.

Corridor Z is an action-focused auto-runner with zombies and cheerleaders, and it's out tomorrow