It seems that Capcom cancelled not one, but two Dino Crisis games for the Game Boy Color (GBC) that were due arrive back in 2000.

The first GBC Dino Crisis game - the one we knew about - was reported on by IGN on February 3rd 2000.

It was to be developed by UK studio M4 Ltd, and would be a top-down action game. So it would work like the studio's 2001 GBC title Resident Evil Gaiden.

But what wasn't widely known until Unseen64 dug it up was that there was another Dino Crisis game in development for GBC.

It was being developed by another UK team in Fluid Studios. This studio's effort looked to retain the look and feel of the original Dino Crisis, but scaled down for the GBC. 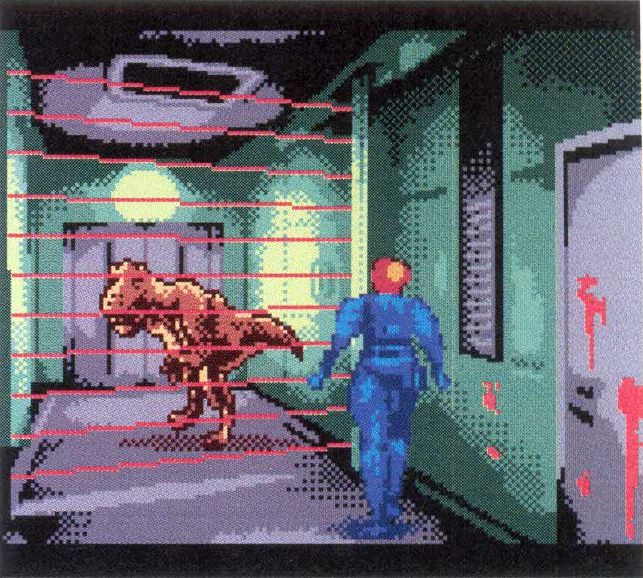 It would have been realised with static backgrounds and text sequences. You'd be able to mix items in your inventory, store items in wall-mounted boxes, and solve puzzles.

You'd also have to react to "Danger Points," in which a dinosaur stood over the character, and you'd have to hit buttons as fast as you could to get up unscathed.

There's more details in the design document that Unseen64 has uploaded to its archive. Looks like it could have been pretty cool, but we'll never get to find out now.