Danish developer Kiloo wants to prove itself as something more than 'the Subway Surfers creator', and is planning to release lots of games, in lots of genres, throughout 2015.

Its first for the year is Stormblades - an Infinity Blade-like fighting game with gesture-driven swipe and tap combat against massive titanic beasties.

Battles are fluid and fast, as you swipe into incoming attacks to parry, or double tap the screen to evade big powered-up attacks. And they're subtly strategic, as you can knock off enemies's helmets and armour to reveal weak spots.

It's helpful, then, that you can slash in lots of different directions, making it feel more responsive than the usual canned animations of these games. 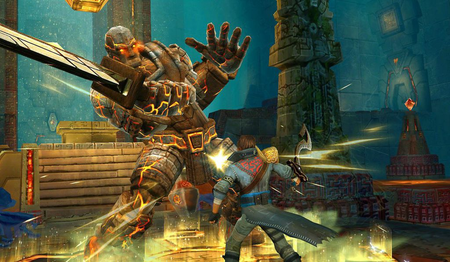 Between bouts, your character will automatically run from battle to battle - a nod to Kiloo's most popular game. But the endless running elements are light, so don't expect to be jumping and sliding and dodging.

Instead, these sections are designed to be a light breather from the non-stop action of the fights, a chance to show off the environments - all grassy and delapidated and runionous - and an opportunity to win back some health from the odd energy pod.

The game's got an upgrade system with weapons that can be powered up and infused with special powers. That's where the monetisation of this free to play game seems to be focused, but we'll have to play the full version to see how generous it is with the free stuff. 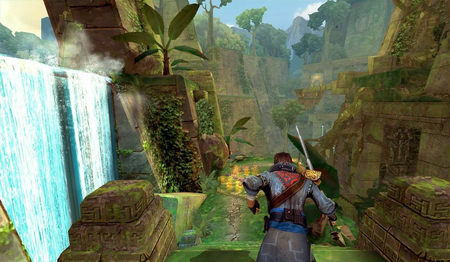 Stormblades is coming to iOS in March, and Android shortly afterwards. We'll let you know when it's available.

A sneek peek at Beast Towers: an elementally different spin on the tower defence genre