Vote for BunnyLord, or die

Devolver Digital and Roll7 have announced that cover-based shooter Not A Hero will be out on PS Vita later this year.

In fact, the bigger announcement is that it'll be available on PC on May 7th. With the PS4 and Vita versions coming some time after.

To mark the occasion, a new trailer for Not A Hero has been released and, yeah, it's rather great actually. You can watch it below.

Not A Hero follows "professional assassin-turned-amateur campaign manager, Steve" as he cleans up the city under the orders of the mayoral candidate BunnyLord.

The mayor, by the way, is an anthropomorphic bunny from the future, for some reason.

Your aim is to sway undecided voters to BunnyLord's side so that he can be voted mayor. You do this by eliminating the criminals in the city's three major districts. 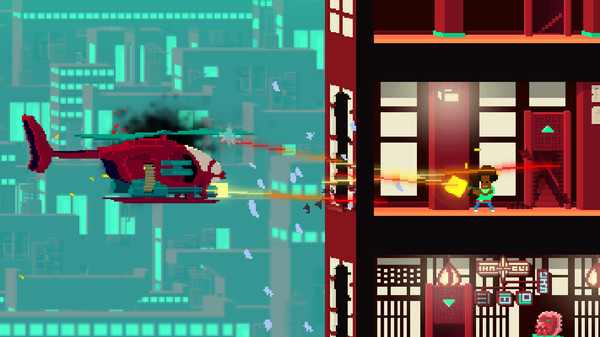 Your technique involves shooting, sliding, and diving behind cover. But Steve isn't the only playable character as, in fact, there are others to unlock with their own skills.

Find out more about Not A Hero on its website.