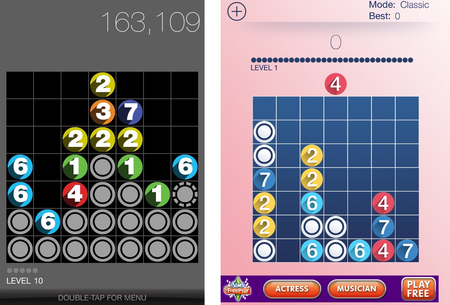 Ancient iOS and Android puzzler Drop7 has returned from the grave, with its first update in more than three years. But some aren't happy with the changes.

Publisher Zynga says it has updated the visuals, animations, and menus, added new music and sound effects, and sped up the load times. You'll also find a new tutorial and Game Center support.

But some are annoyed by the introduction of banner and full-screen adverts, the loss of average scores, and the change to a lighter theme.

The paid version, without ads, has not been updated. In fact, it was removed from both the App Store and Google Play. App Annie logs show that the iOS version was removed earlier this week to make way for this update.

Back in 2009(!), Tracy said "innovation and style rain down in this clever numerical puzzle game that has just the right balance between chance and skill".