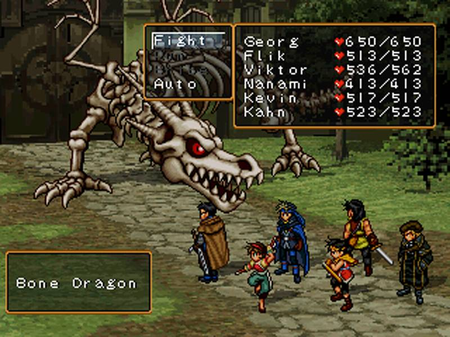 Despite their fantasy setting, the games actually have more in common with Pokemon than Final Fantasy. You take a six man party into battle, but can cobble your team together from over 100 different heroes.

Suikoden came out in 1995 in Japan. Sequel Suikoden II - which added a grid- and unit-based tactical battle system, a party inventory system, a dash button, and a variety of mini-games - hit the PlayStation in 1998.

Dudeski, the Bronze Award-winning ski-em-up, shreds its way onto Android