Runes don't cast themselves, you know 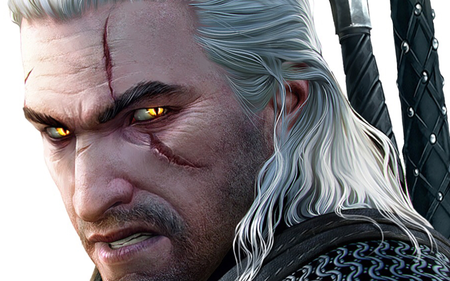 Multi-player Online Battle Arena games, or MOBAs for short, can be daunting for the uninitiated. However, the newest game in the genre, The Witcher: Battle Arena is unusually forgiving on new players.

So if you've ever wanted to dip your toe into these waters, there's never been a better time to do it.

However, the game can still be a bit confusing, and it lacks a decent tutorial. Plus the role-playing elements can lead to matches between unequal characters that could leave you puzzled as to why you won or lost.

So we've thrown together a guide to help you learn the ropes, and offers some pointers for more experienced players too.

Like most MOBAs, Battle Arena makes money by asking you to buy characters. There's always a selection for free. But since all the characters have unique play styles, you want the consistency of unlocking a couple and using one in every match. 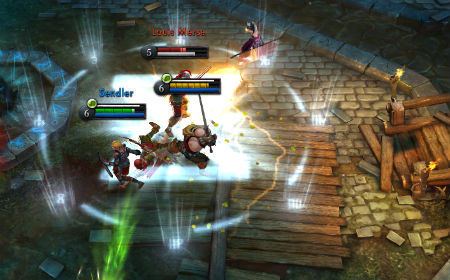 This driver is stronger than usual in Battle Arena because as you practice with characters they gain items and experience to improve their stats and skills. Plus the game gives you enough currency to unlock one for free. So it's imperative you pick a character early and stick with it.

If you're a veteran of the books or PC games in the franchise, you can pick a favourite as the characters seem reasonably well balanced. If not, we recommend you start out with one of Golem, or the titular witcher, Geralt.

They have the best starting stats and are easy to pick up and play. If you want a ranged character Eithne of Brokilon has some incredible skills, but they take a bit of practice to use, so try her out before purchasing.

Here's another way in which Battle Arena is different from the majority of MOBA games. While player versus player matches are always the main event, in this game there's a lot of value in playing offline games against the AI too.

The biggest reason is that you still get experience, coins, and items for doing so. So it's pretty much an obligatory way to build up your character before tangling with other players. Otherwise their already-experienced characters will wipe the floor with you even if you play well. 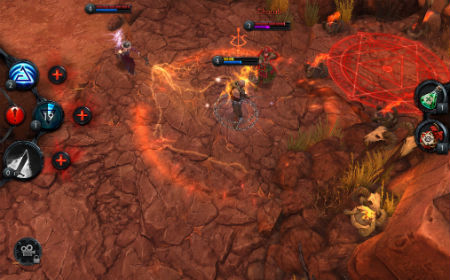 Another good reason is that the AI on the hard difficult setting is very competent. It'll give you a run for your money even once you know what you're going. So it's not just great preparation for a real match, but fun and challenging too.

Once you're comfortable with the basics, try the other game mode which sees you practicing with other humans against a team of AI bots.

There's no verbal or typed communication in Battle Arena. So playing alongside real people will give you a sense of how you can pick up on other player's plans from their in-game actions.

This is important because co-ordinating actions are the key to lasting success in this game. Several of you standing at a pillar will capture it quicker. Several of you lining up against one enemy will kill them quicker.

The real skill, however, is learning how to stack character actions for best effect. Consider team makeup for starters. In ideal team consists of up to two melee characters and one archer or wizard type who can attack at range. That way, the muscle can tie down the opposition while the other can support them from a distance. 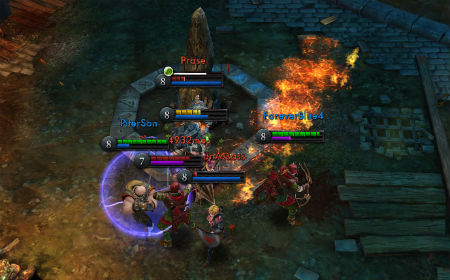 This is just as true for individual skills as it is for character archetypes.

There are lots of creative ways you can cross-apply skills between characters to maxmise their impact. The Golem, for example, has a power that holds all targets in place for a limited time. So if you can catch two or three enemy at once, they become sitting ducks for area of effect attacks by someone like Philippa Eilhart.

You can also tune skills to your liking. So Letho's ranged ability that knocks back and does damage can be tweaked to push less and cause more pain. This is generally what you want to do: damage output is more important than other skills effects.

None of this will do you any good if you don't also take the time to spend the gold you earn during the game on weapon, power, and armour improvements.

Although the maps are small, it still takes time to walk back to your spawning area where you can shop. So don't bother: wait until you die, then quickly visit the shop before leaping back into the fray.

You can start purchasing while you're waiting to respawn. 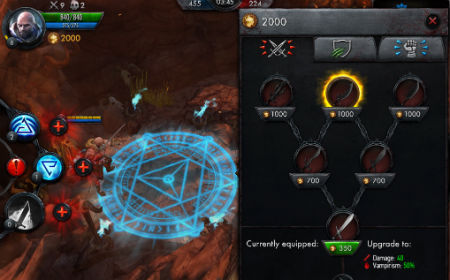 The armour tree is the most important for all character types, as it helps keep you in the fight longer, so take those upgrades first.

Each time you die, your respawn wait time increases slightly so it's important to make sure you stay active on the map as long as possible. For melee characters, weapons are the second most important and for ranged characters, the secondary focus should be on power boosting items.

The first tier on all three trees is cheap, so pick those up first in the order appropriate to your character type. Then get the second tier of the two most important pieces of equipment. If the match lasts long enough for you to grab a third tier, get armour and then your secondary upgrade type.

Out of the gate, go and grab the nearest one - hopefully your team-mates will follow. Then make a beeline for the one in the middle of the map and see if you can steal a march on your opponents by arriving mob-handed before they do.

If you turn up and work as a team, you'll have a much better chance of beating off attacks. 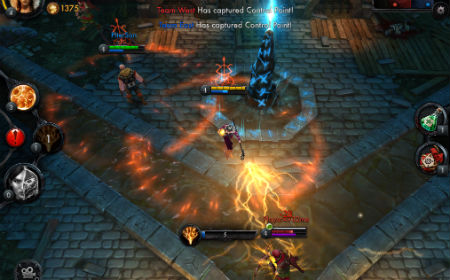 Once you've managed to gain control of two pillars, taking the fight to the enemy is pointless. If you keep things that way, you'll win.

Defend what you've got, preferably as a team, watching the mini-map to see if the enemy is making an assault against one of your other pillars. That way you can shower them with bombs and ranged attacks on the way in.

Plus, health ticks up slowly by itself when you're not fighting, so waiting to defend means you're in the best shape possible when the inevitable onslaught arrives.

Don't neglect bombs and potions. Stuck over the right hand side and one-shot unless refilled, they're easy to forget in the heat of battle, but they're very useful. And if you get the opportunity, be sure to run over to the nearest recharge point on the map and get a refill.

Want more? Check out our growing collection of The Witcher Battle Arena articles!

Monster Boy, successor to Wonder Boy may be on its way to PS Vita and mobile