BlitzKeep combines pinball with a dastardly RPG, out on iOS now

BlitzKeep is a game that takes elements from pinball and Pachinko and stuffs them into an RPG format.

We've had wizards playing golf in dungeons, and pushed knights through dungeons Pachinko-style, so why not pinball?

The idea is to aim your knight through the goblin-filled dungeons to pick up gear, increasing their strength, and attack enemies.

If you're not careful with your aim your knight will die. And the game's creator says you can expect them to die a lot.

There's only so many enemies a knight can take on at once, you know? Luckily, BlitzKeep has a quick restart time so you can get back to slicing up enemies without too much frustration.

The idea is to work your way through 10 kingdoms, each of which has a king at its end who has been turned into a horrible monster. You'll need to upgrade the knight quite a bit before taking them on. 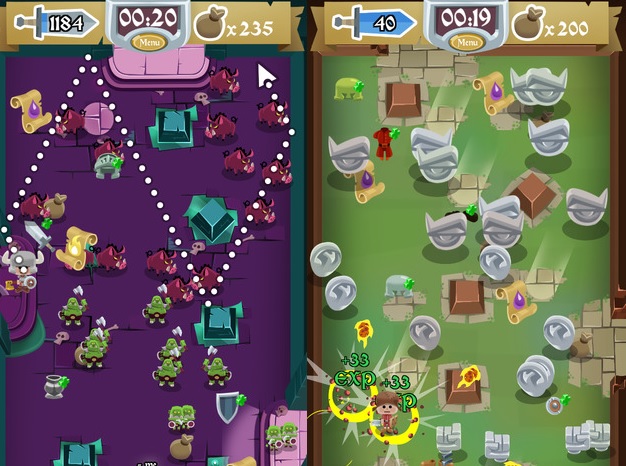 Currently, though, BlitzKeep only has five kingdoms for you to beat. The other five will be coming soon.

Don't let that put you off, though. There should be plenty of challenge here for you.

Out now: Radiation Island appears to be the iOS answer to Dead Island

Fallen of the Round, the upcoming miniature roguelike, has been delayed to later this month