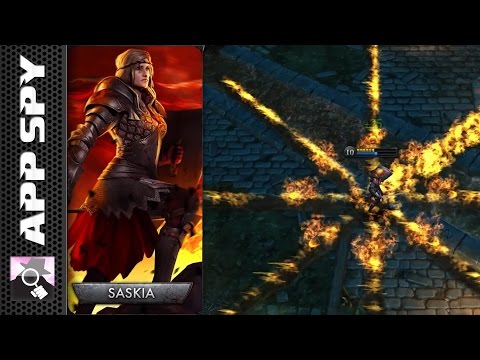 CD Projekt Red and Fuero Games's MOBA The Witcher Battle Arena comes out on iOS and Android on January 22nd.

It's a free to play 3v3 online fighter that lets you play various heroes from The Witcher RPGs across a number of fantasy battlegrounds.

To win a match, which last about five minutes, you have to take control of three pillars around the map. Doing this steadily drains your opponent's shared life bar.

Once it's empty, you've won. But you can't focus entirely on attack, as your opponent has the same victory conditions as you, so you'll have to also defend your own pillars.

Battle Arena has cross-platform multiplayer as well as an offline mode. As you'd expect from a F2P game, it does have IAPs but you can earn everything they offer by playing the game regularly.

We'll remind you when and where you can download The Witcher Battle Arena later in the week.