Google Glass is being mothballed

Although the Big G is doing its best to sound chipper about pulling its high-tech eyewear from the shelves, Google Glass is to be mothballed for the foreseeable future after today.

The controversial wearable device is being officially removed from sale, and the project removed from the roster at its famous R&D department.

Google insists that Glass is not dead and buried, however. In its announcement, the internet giant promised that work would continue as the directionless wearable is gradually reinvented.

"We’re closing the Explorer Program so we can focus on what’s coming next," the statement reads. "[We’re] officially “graduating” from Google[x] to be our own team here at Google. We’re thrilled to be moving even more from concept to reality." There's a distinct PR spin to the announcement, which is a little unlike Google and suggests that should Glass reappear - and we suspect it will, one day far from now - it won't be recognisable.

It's a piece of tech that's become a cult icon in its own time, with so-called Glassholes courting controversy and commendation in equal amount for their inventive uses of the head-mounted gadget.

In many ways it's a shame to see it disappear into the obscurity that's always surrounded Glass's nebulous purpose, but it's been clear for some time that a device with an hour's battery life, a £1,000 price tag and a privacy law suit waiting to happen, was going to struggle. Especially with the wonders of commercial VR just around the corner.

On the plus side, you can see the eBay listings 20 years hence already, so don't throw your Glass away, early adopters. You've a future collector's item dangling from your specs right now. 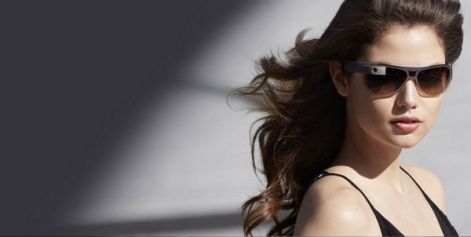 Google gives us a glimpse of Project Glass, the AR goggles which could replace your smartphone