Get a sneak peek at Nitrome's next iOS and Android games

The Gunbrick developer spills the beans

Gunbrick and Platform Panic creator Nitrome has quickly become one of our favourite developers, so it was a real treat to get a first glimpse at the studio's next crop of mobile games at this year's PG Connects.

These games should all hit iOS and Android in the coming months. Because while Nitrome is still a tiny firm, the workforce is split up into even tinier twosomes who can crank out these micro games in a matter of weeks.

So, here's your first glimpse of what's to come from the developer.

Green Ninja: Year of the Frog 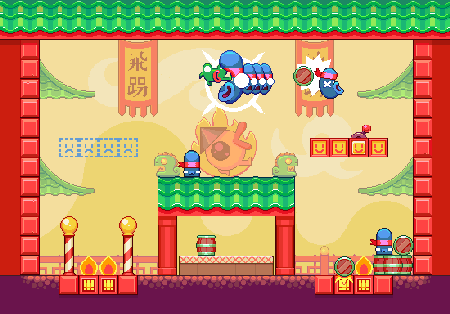 This one is a level-based action-puzzler called Green Ninja: Year of the Frog. The controls are simple: you just swipe in one of four directions to send your kung fu frog flying, kicking any enemy it hits along the way.

When you hit the wall you'll either latch on and be ready for your next kick, or you'll slide down if the surface isn't sticky.

Green Ninja is a little like Gunbrick, in that your limited movement means you have to carefully plan out our next few swipes.

Plus, while its more action-packed than Nitrome's last game, you'll still have to deal with switches and traps and obstacles. 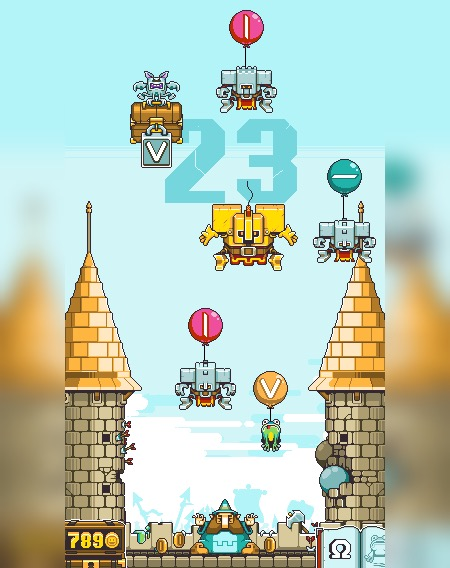 Next up is Magic Touch, which is all about defending your castle from falling enemies by popping their balloons. And you do that, by drawing out the doodle that's shown on the side of their balloon.

Things start off easily with simply lines and angles, but you'll soon have to frantically scribble down complex shapes and spirals as you're inundated with foes. Luckily, you'll have some power-ups that can do things like freeze enemies.

This one's based on a Flash game of the same name, but has been revamped with fresh artwork and, of course, touchscreen controls. 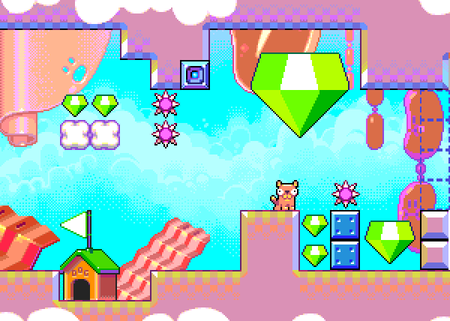 One of the best things about Gunbrick is that its controls worked perfectly on a phone, and the game didn't feel like it was crying out for a controller at every turn.

Silly Sausage - a game about a sausage dog in a colourful candy world - has a completely different way of controlling the action, but it's similarly suitable for touchscreen.

This one works like Nokia time sink Snake, and you move simply by swiping to make your sausage dog shift into a different direction. But you'll generate a longer and longer body as you go, which puts your doggy in danger.

You'll also have to watch out for traps and dangers, and avoid surfaces that you cannot latch onto.

Which one of these games are you most looking forward to playing? Hit us up in the comments.
SEE COMMENTS