Out now: Superhero-themed WWE Immortals lays the smackdown on iOS

WWE Immortals is here. Where? Everywhere, but specifically on iOS.

It's a free to play wrestling game, EXCEPT, the wrestlers are now also superheroes. I don't know why.

It features John Cena, Triple H, The Undertaker, The Bella Twins, The Rock, Hulk Hogan, and more. And they're all in either spandex, carrying blades and blunts, or have their body charged with magic.

Ridiculous? Yes, but it doesn't feel out of place. We all know that wrestling is dramatized violence, so ramping that up with "over-the-top supermoves" seems like a natural progression of it.

WWE Immortals comes from the same folks that made Mortal Kombat, NetherRealm Studios, which might explain the fantasy element and the big finishers.
NetherRealm also gave us Injustice: Gods Among Us, and the touch-based combat in Immortals is similar to what it is in that game. 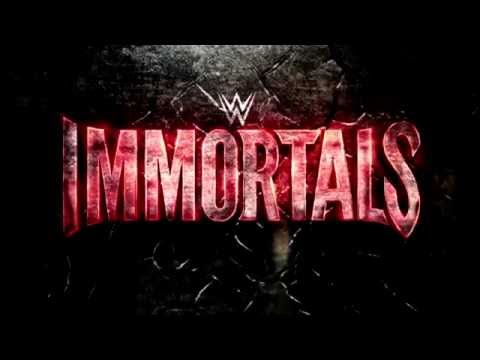 It also has support cards that you can play during the 3v3 battles. Of course it does, what do you think is, not a F2P mobile fighting game?

You can also level up your characters, all of which do their signature moves, and tweak them to your own play style.

There's also online multiplayer if you want to face in the virtual faces of another human's wrestler-cum-superhero lineup.

You can grab WWE Immortals for free on the App Store right now. It should be coming to Android at some point too, just, not right now.

Spoiler Alert runs in reverse, jumps backwards on to Android

How to be the best brawler in WWE Immortals - hints, tips, and strategies

WWE Immortals turns wrestlers into superheroes, out on iOS and Android this month