What to game on this year

It’s a new year filled with new possibilities, people. You may not be able to appreciate that just yet in your tired, broke, and hungover state, but it’s true.

Nowhere is this more true, in fact, than in the world of portable gaming. We’ve already discussed some of the new games to look out for in 2015, but what will we be playing those games on?

This year’s going to be great for pocket gamers of all persuasions, with a range of slinky gadgets on which to wile away those commutes and loo breaks.

Here are six gizmos that we feel could do important or particularly fun things with mobile gaming in 2015. Proceed! 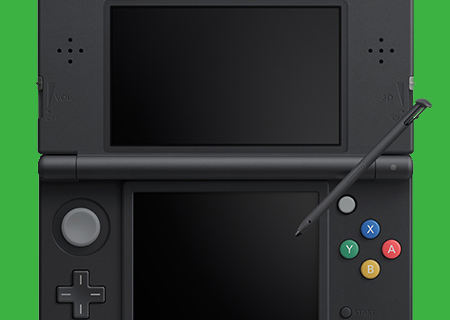 It may have escaped your attention, but a new Nintendo 3DS model was launched late last year. In fact, it’s easily the best 3DS iteration yet, with meaningful hardware updates that verge on turning it into a brand new platform.

So pronounced are some of these New 3DS improvements that a small selection of new games will only work on it, and not the earlier 3DS models.

So why might you not have heard of it, beyond not paying attention to our import review? Probably because the handheld only saw initial release in Japan (it’s like the ’90s all over again) followed by Australia and New Zealand (no idea).

Never fear, though, because the New 3DS is headed for European shelves in 2015. Nintendo has already sent out invites to a select few European “Ambassadors,” enabling them to purchase the new device, but a full roll-out will follow at some unspecified point.

So what’s so great about the New 3DS? Its chief improvement is the inclusion of a little joystick nubbin that falls under your right thumb, which serves as that much-missed second analogue stick. It promises to make 3D worlds much easier to negotiate, particularly when it comes to camera, viewpoint, and aiming controls.

The new controls keep coming with two new shoulder buttons, ZR and ZL, positioned inside the existing L and R buttons along the top edge. Anyone who’s played on a Wii U will recognise this as a rough syncing of control inputs across the Nintendo console range.

That’s not all the New 3DS brings either, with a faster processor, slightly larger displays, and radically improved 3D viewing angles. The latter means that you don’t have to sit statuesque anymore when playing 3D-enabled games.

MicroSD card and NFC support have also been added, the latter opening the 3DS up to Amiibo compatibility. There’ll also be an XL model for all you super-sizers/old people. 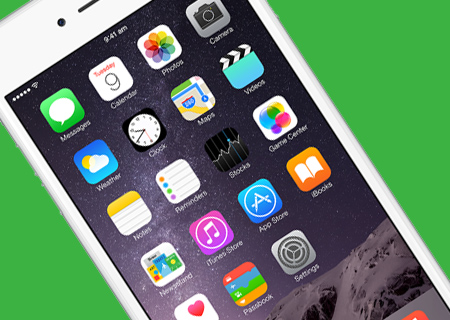 This one’s the furthest off from release on this list, and we don’t even know it’s definitely coming or what it’ll be called. Except we do, don’t we?

Apple always releases an incremental smartphone update the year after a major redesign, and our gobs would be well and truly smacked if that didn’t prove to be the case in 2015 too.

Despite our lack of insight, the iPhone 6S has to feature prominently on this list, simply because iOS is the biggest mobile gaming platform around at the moment.

Not-so-bold prediction time: expect the iPhone 6S to look almost identical to the iPhone 6 (pictured), but with a faster processor and a subtly improved camera.

There’ll probably also be a new 5.5-inch Plus model - the iPhone 6S Plus, if you will - and there are even rumours that Apple might launch an updated 4-inch model for all the big-screen haters out there. We’re not convinced on that last one, though.

Whatever gets released, you’ll either want one, or will be annoyed that all of your friends seem to be buying one. That’s just how things roll in Apple’s world. 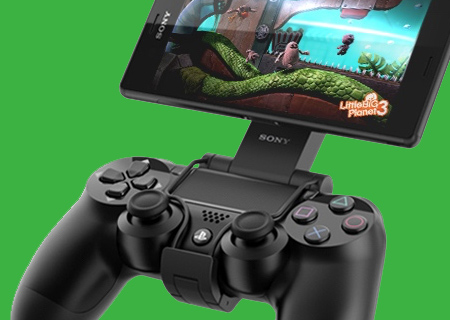 Sony is far from the biggest name in mobile these days, but there are a couple of reasons why we’re featuring its next flagship phone in our list of most anticipated hardware releases for 2015.

For one thing, recent Sony Xperia phones have come with unique PlayStation Remote Play compatibility (pictured), allowing you to link up a control pad and stream your PS4 games over Wi-Fi to your phone, just you can with the Vita.

Also, Sony has really upped its mobile game in recent years. A swift flurry of Xperia Z releases every six months or so may have annoyed early adopters, but it’s also brought the company up to speed with Samsung, HTC, LG, and co.

There was also the excellent Sony Xperia Z3 Compact variant, which was one of very few 2014 Android phones to feature high-end specs in a sub–5-inch form factor.

Sony is going to be easing back on its smartphone release schedule from now on, but the Z4 range should represent the culmination of all its hard work.

The Z4 itself is likely to be a high-end 5.4-inch ‘phablet’ (heave) with a QHD display, but it’s the Z4 Compact that has us excited, with news of high-end performance allied to a more manageable (and iPhone 6-rivalling) 4.7-inch 1080p display. 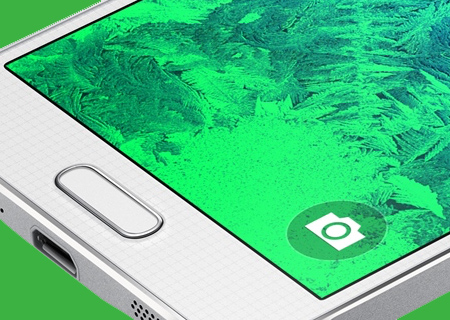 If you don’t avidly follow the smartphone industry, it might surprise you to learn that Samsung had a bad year in 2014.

"Isn’t it the world’s biggest smartphone manufacturer?" I hear you ask? Yes it is, but its lead is being cut into from all angles - chiefly from China - and its profits have tumbled alarmingly.

Fortunately, this appears to have shaken Samsung out of a design funk that many have been complaining about for years. Samsung phones have always been extremely capable and packed full of new and interesting features - often to distraction. But they’ve also typically looked and felt cheap, with an over-reliance on glossy plastic and gross fake material flourishes.

Towards the end of 2014, the Samsung Galaxy Alpha (pictured) showed a possible way forward for the company, with a sleeker look and premium metal components. The Samsung Galaxy Note 4 followed suit.

Reports suggest that Samsung is going with a predominantly metallic body, surrounding the Quad HD display and Snapdragon 810 CPU that will typify the Android high end in 2015.

This will undoubtedly be one of the most popular Android phones of the year, so will be a good reference point for high end of Android gaming throughout the year. 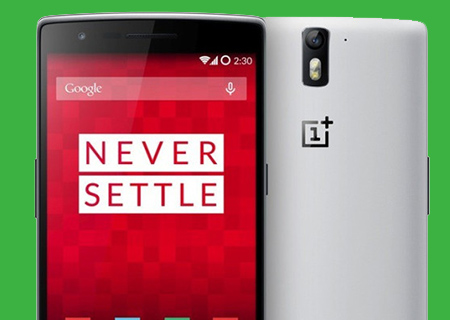 Wait, the OnePlus whatnow? Last year’s OnePlus One (pictured) arrived on the scene from out of nowhere.

Well, okay, it arrived from China. But the point is that no one expected it to be so good.

Here was a high-end Android phone that held its own against the Samsung Galaxy S5 in performance terms, but which cost less than half the price.

Needless to say, for clued-up pocket gamers on a restrictive budget it was a bit of a hero device - provided you could get your hands on one. It continues to be a bit of a tough phone to source.

That’s why we’re eagerly anticipating the OnePlus Two. It could be the most cost-effective way to enjoy high-end smartphone gaming in 2015.

OnePlus has already mentioned several times that the OnePlus Two is coming in Q2 or Q3 of 2015, but any spec details have only come through sketchy rumours. We do know that the company has been umming and ahhing over the screen, so it remains to be seen whether it’ll make the fashionable switch from 1080p to QHD (2560 x 1440).

We’re a little concerned at rumours that suggest the OnePlus Two might be significantly more expensive than the OnePlus One - surely a low price is the whole point of this exercise?

As long as OnePlus keeps this crucial factor in check, the OnePlus Two should be a hit pick for 2015. 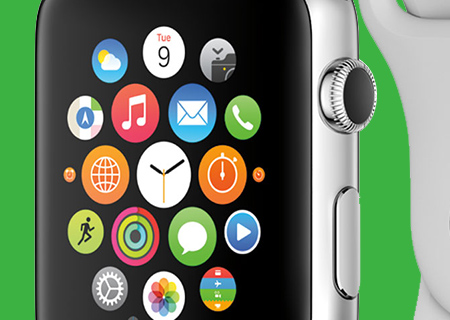 We’ll finish on a bit of a curveball. Okay, so EVERYONE is eagerly anticipating the Apple Watch - even Apple haters and smartwatch poo-pooers.

But the Apple Watch is a curveball in this particular context, because there’s absolutely no evidence that it will have any viable gaming applications whatsoever.

After all, how much gameplay sophistication can you wring from a 1.5-inch 272 x 340 display?

But that’s precisely why we’re intrigued. How will Apple, or more likely the developers tasked with making apps for this new format, make enjoyable gaming experiences for the Apple Watch? Plenty will inevitably try.

Whether it’s a simple control extension to traditional iPhone and iPad games, heavily distilled one-tap concepts, the ingenious harnessing of that tactile digital crown, or new experiences that capitalise on the the motion and fitness-tracking capabilities of Apple’s new toy, we’re fascinated to see how the Apple Watch fares as a gaming device.

5 things we want to learn at tonight's Apple Watch event