WWE Immortals turns wrestlers into superheroes, out on iOS and Android this month

Just when you thought wrestling couldn't get any more ridiculous, this happens. Introducing WWE Immortals.

It's a free to play wrestling game that, get this, takes place in a superhero world. It'll be out on iOS and Android on January 15th.

At the moment, we don't know how WWE Immortals will play. But it is the work of NetherRealm Studios, who created Injustice: Gods Among Us.

So, logic tells us that it will probably be similar to that game. That being a card-battler and fighting game hybrid.

What we can show you are the re-imaginings of wrestlers as superheroes. Below you'll see fantastical iterations of John Cena, Sheamus, Big Show, and and the Bella Twins. 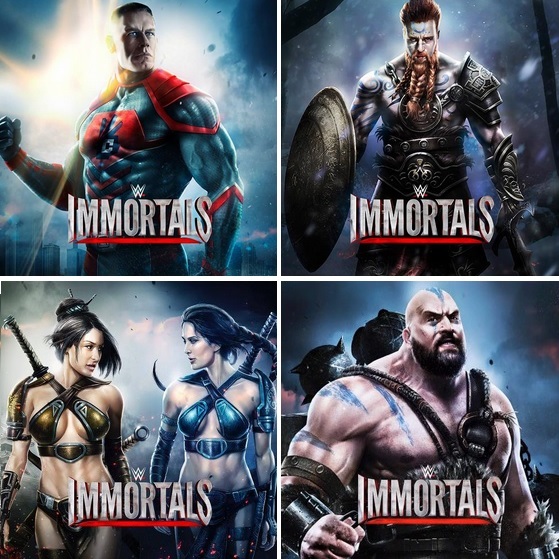 Keep an eye out for updates on WWE Immortals on its Facebook page.

How to be the best brawler in WWE Immortals - hints, tips, and strategies

Out now: Superhero-themed WWE Immortals lays the smackdown on iOS