Upcoming Attractions - Our 33 most anticipated 3DS games for 2015

The rise of the third party 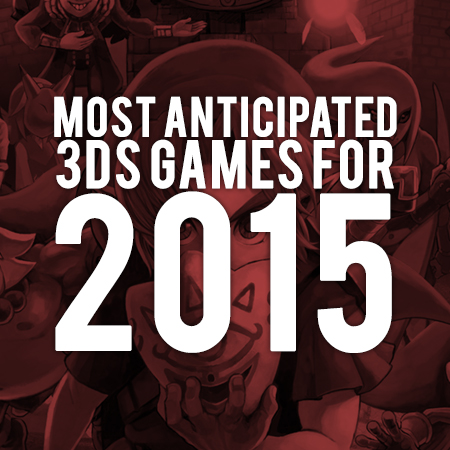 2014 was an exceptional year for the 3DS - pretty much every core Nintendo franchise is now represented on Nintendo's handheld.

"What's next?" you cry. Well... plenty! Nintendo is exploring some new properties this year, and there should be some very big hitters from third-party publishers.

Not absolutely all of these titles are guaranteed to make it to the West, but I've selected the most likely candidates, and mixed in a few interesting prospects.

Tell us which you're most looking forward to in the comments section at the bottom of the article.

The regular model features SNES gamepad-coloured buttons and replaceable faceplates, while the XL has that lovely big screen.

RPG fans rejoice! This sequel takes place several years after Bravely Default, with a new protagonist in the shape of Magnolia Arch.

A turn-based, third person strategy steampunk shooter in the same vein as Valkyria Chronicles from the team behind Fire Emblem, Advance Wars, and Paper Mario. Fun fact: this is known as Lincoln vs. Aliens in Japan - a much niftier title.

As Vice President of the World it's up to you and your merry band of team-mates to figure out why the world's gone a fair bit loopy. Atlus picked up this Earthbound-inspired RPG last year after its failed Kickstarter campaign. 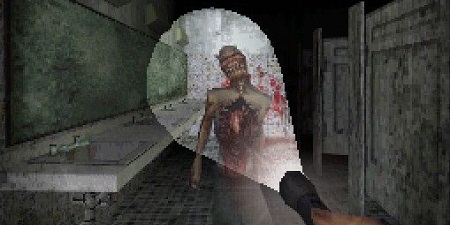 The Nintendo DS first-person survival horror classic is being revamped for the 3DS. Get your flashlight ready!

No solid confirmation on a western release at this point, but considering the number of Final Fantasy and Dragon Quest ports hitting Steam and smartphones, localising the 3DS remake just makes sense.

Unlike some of the more bizarre crossovers we've seen in the past few years (...like Pokémon Conquest) this dungeon crawling RPG and a roguelike combination actually makes some sense.

Final Fantasy gives Monster Hunter gameplay another go in this multiplayer Action RPG. The twist? You'll be able to battle alongside monsters you've defeated as well as transform into familiar characters from Final Fantasy yore.

Find fossils, bring them back to life, then get them to battle! Why hasn't this been the plot of a Jurassic Park movie yet?

Phoenix Wright's ancestor travels to London to meet Sherlock Holmes and Watson... the eight year-old girl. Mysteries, we assume, unfold from that point. Hopefully this means the localisation team will finally stop pretending the series is set in the US rather than Japan.

The first Harvest Moon game that's neither been released in Japan nor developed by Marvelous. Mighty peculiar. Arrived in the US late last year, but still hasn't surfaced on European shores. We're hoping this means there'll be some fine-tuning à la Hometown Story.

A remixed version of Project Mirai 2, the "super deformed" chibi-style cousin of Hatsune Miku: Project Diva. If saccharin-sweet rhythm games are your cuppa, look no further.

The only high school hooligan game worth caring about. Fight, start staring contests, and play an insane amount of minigames. Similar in scale to SEGA's Yakuza series. Atlus released the third Kenka Bancho for PSP in the US, so there's a chance this'll get localised too... right?

Absotively, posolutely my favourite game of all time. Ever. Majora's Mask is much darker than Ocarina of Time, and jam-packed full of sidequests. Here's hoping for some kind of Master Quest-esque feature being added to this adventure too.

Build and battle your own wee little robots in this action RPG from Level-5.

A new Mega Man in all but name. Co-creator of the blue hero Keiji Inafune takes the wheel for an action platformer that already has fans of all things retro squealing giddily in delight.

Monster Hunter fans already far know too much about this game for me to add anything new.

For the rest of us: you can dress up as Link or Samus Aran, and have little cats dressed as Chun Li, Sonic, and Resetti follow you around. D'aww.

Moon Chronicles: Episode 1 was a remake of the DS FPS space shooter Moon. Episode 2 continues where both left off in an all-new story campaign. 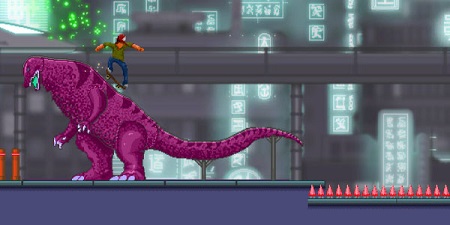 This Bronze Award-winning twitch auto-skater focuses on the mechanic of landing your board on flat ground. You'll also gain street cred from skateboard enthusiasts and do those grindy thingies on rails.

Originally meant to hit the Wii years years ago, this was long considered vapourware. From the mind of Yuji Naka, one of the creators of Sonic the Hedgehog and NiGHTS into Dreams... this is one to watch.

Lined up to be the first release in this second series of 3D classics. This arcade flight sim has you commanding an F-14 Tomcat. Ride into the danger zone!

The cutesy side-to-side shmup with shops for upgrades. M2 have had experience porting and re-engineering the Fantasy Zone series for the SEGA Ages collection on the PlayStation 2, so expect arcade-perfect pop-up action.

The sentient spaceship strikes back! More Opa-Opa upgrading action, hopefully including the "What If?" demake M2 developed for the ancient System 16 hardware.

Much like other arcade games from the '80s, this helicopter shoot 'em up was inspired by Hollywood cinema. In case, the oft forgotten Blue Thunder was the source. You'll finally be able to pretend to be Roy Scheider in glorious sprite scaling 3D.

The next true Harvest Moon game, featuring a new trade station, wildlife safari, and the return of character customisation. And the usual farming and marriage lark, of course.

The Bronze Award-winning PS Vita fixed vertical shmup will land on the 3DS very shortly, making up for the absence of any recent, decent upgrades to the Space Invaders franchise.

After the success of Theatrhythm Final Fantasy: Curtain Call, Square-Enix would be silly not to cash in on its other huge RPG franchise.

Battle stages will adopt the traditional first-person battle perspective, so you can stare your Slimes in the face as you take them down with your rhythmic beats. 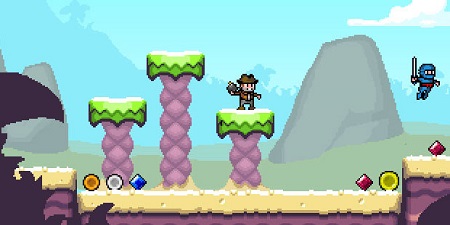 Spiritual successor of Mutant Mudds, only with a whole lot more gems flying about everywhere. Watch out for platform pits and badass bosses in this retro-style action game.

The fan-favourite Wii RPG that inspired a campaign to ensure the game hit US shores. A novel world map, great localisation, tons of sidequests, and a deep battle system. Take note though: it'll be exclusive to the New 3DS units!

Mark my words: by the end of 2015, everyone will have heard of Yo-kai Watch. Make friends with Japanese-style ghosts that are causing mischief. Absolutely HUGE in Japan right now, and perhaps even the franchise that could kill Pokémon.

Think we missed something? Let us know in the comments below!