Ukrainian studio Beatshapers has been working on various virtual reality titles for some time now, and looks like it'll be ready and waiting with a launch game for Sony's highly anticipated VR headset, the Morpheus.

But the indie developer is evidently impatient, and has been experimenting with all kinds of VR hardware, going as far as to create its own using electrical tape and a PlayStation Vita.

“This was definitely a year of virtual reality for us,” Beatshaper's Alexey Menshikov tells Pushsquare. “We got all of the VR headsets that we could get our hands on, and spent several months working on experiments with various gameplay styles, genres, camera perspectives, and player placement."

This experimentation took a DIY turn when the team was looking into mobile VR solutions, and decided it was worth researching the Vita's potential as a similar option to the Gear VR's Note 4. 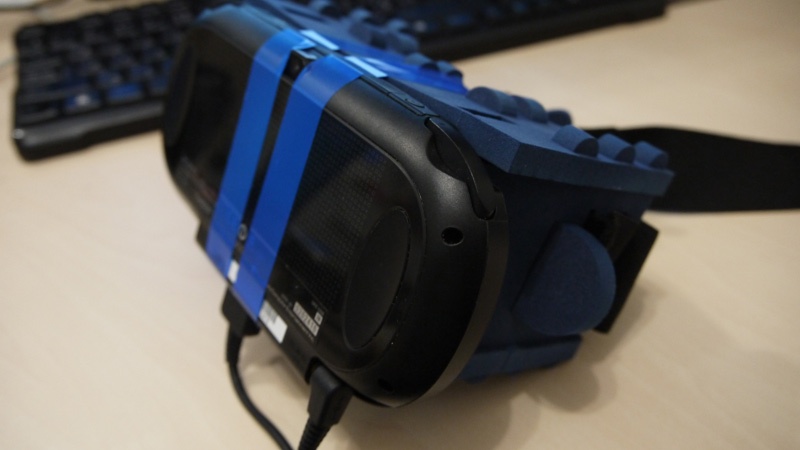 And apparently it worked very nicely. “We made a quick concept proof prototype with basic geometric graphics, but this had amazing results,” says Menshikov.

The Vita has the benefit of fast hardware, very accurate motion sensing (for head tracking) and has a control option that no other VR system can boast; the rear touchpad. The display doesn't really have a high enough resolution, especially when it's so close to your eyeballs, but otherwise this was apparently a successful test.

Beatshapers says it'll continue with the experiment, time depending, as it's busy working on its virtual reality game EdgeVR. 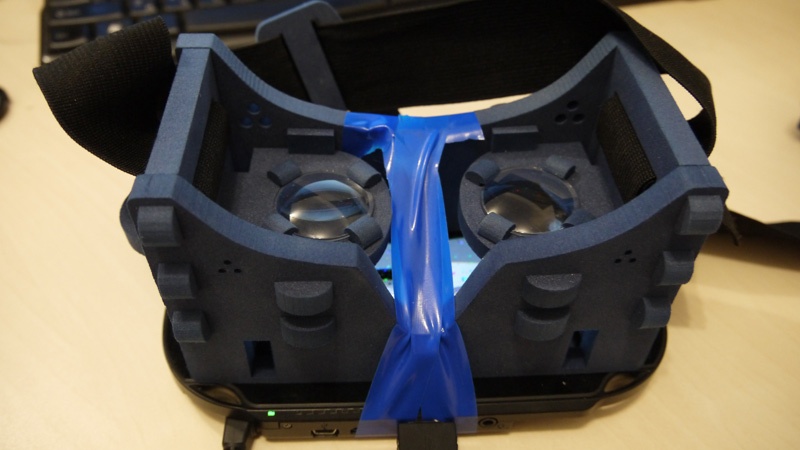 Our most anticipated upcoming Vita games for 2017