Wire Defuser takes that tense, brow-sweating moment from films when the hero cuts the right wire to defuse a bomb, and turns it into a game.

SneakyBox originally released it under the name Defuser on the Windows Phone Store [download] earlier this year.

Now the studio has expanded the game and will be releasing it as Wire Defuser on iOS soon. It has more levels and new machine-bits to fumble with.

As you'd hope (or fear), each level in Wire Defuser presents you with the inner mechanisms of a bomb. You've got to interact with them in the right way, and for the right length of time, to defuse the bomb.

There are buttons, levers, switches, and dials to turn, push, and pull at. You'll also see post-in notes that offer some guidance. 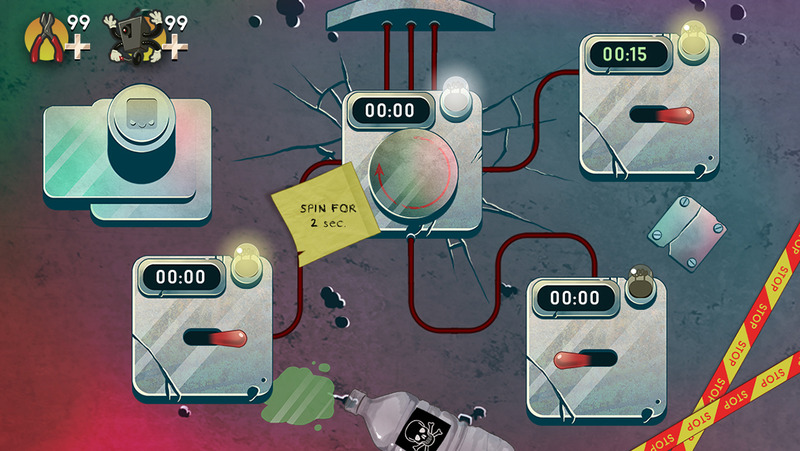 How much of this is trial-and-error is unclear. But given that this is a puzzle game there is presumably an underlying logic to work out.

Looking at the screenshots that SneakyBox has released so far won't help you towards finding that logic. It may prepare you for the daunting task it has for you, though.

There's no exact release date on when Wire Defuse will be releasing on iOS.

You'll know when it does arrive as we'll probably blow up the Earth at that time. Sorry about that.