We first saw screenshots of Space Age: A Cosmic Adventure a whole two years ago.

Set in an alternately sci-fi version of 1976, Space Age follows a small team of explorers and their adventures on an unfamiliar planet, Kepler-16, which turns out to be a bit more familiar than they first anticipated.

According to the game's description, "What happens next is a clash of old and new, a battle of past mistakes and future fallout." 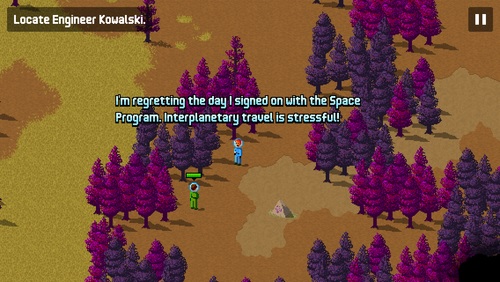 Space Age is developed by the folks behind Bronze Award-winning arcade action game The Incident.

You can expect "many hours" of gameplay, puzzles and other challenges in the vein of classic 90s adventure games, several characters and environment types, and more.

Find more details on Space Age's TouchArcade thread, or start camping out on its App Store page until its midnight release - unless you're in New Zealand, in which case you can grab the game now!

Day of the Viking