Out at midnight: Rebels and Redcoats is a massive strategy game from Hunted Cow for iPad 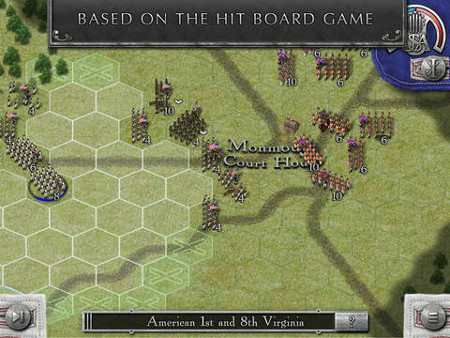 Rebels and Redcoats is a digital adaptation of the Decision Games boardgame and sees you fighting out the decisive battles of the American War of Independence.

It's just landed in New Zealand, which means it should be out in the UK at midnight tonight.

You can play the Resitance and Revolution campaigns as either side. There's 26 different unit types, and a huge wodge of other content that will either excite you deep in your bones or make you fall over and drown in a puddle of boredom.

We should have a review up on the site in the next couple of days, so if you're unsure whether to invest, maybe wait on that.

Out at midnight: Monkey Racing is a game about racing monkeys from Crescent Moon for iPad and iPhone

Out now: A Mechanical Story finds the cute in putting the cogs of a robot friend together