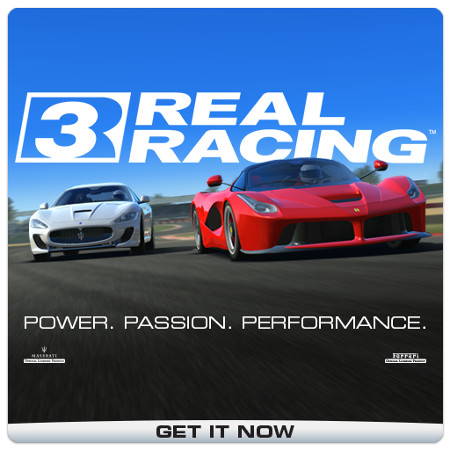 The Italian Racing update is now live for Real Racing 3 on the App Store and the Google Play Store, and as you might imagine from the name, it adds some silly Italian cars to the Gold Award-winning racer.

There's the Ferrari LaFerrari, which is a ridiculous production car equipped with a hybrid engine derived from the ones Ferrari uses in Formula One.

You also get the Maserati GranTurismo MC Stradale and its limited edition race-spec version. This is the first time Maserati has appeared in Real Racing 3 as well, so that's something to mention in news posts.

Elsewhere there's a new World Championship that lets you join the team of a super rich car aficionado and compete for a Maserati.

There are three new series as well, with more than 100 events between them. Namely the Hybrid Hypercar Clash, the Luxury Tourer Tournament, and the Maserati GranTurismo MC Stradale R3 World Tour.

And all of that's available for free right now from the App Store [downoad] and the Google Play Store [download].