Seabeard is delightfully cute. Its characters are energetic and excited, its lands are painted in primary colours and chunky shapes.

It's that level of adorable endearment that you'd usually find on a Nintendo console with the likes of Animal Crossing.

It's as busy as those games as well, always giving you little jobs to perform here and there. Build a house, add a fishmongers, sail to another island to get some aid.

It's gameplay-lite, as you might expect, and for the first hour or so it holds you hand and skips along, telling a tale of a pirate utopia squashed by happenstance and a giant monster. 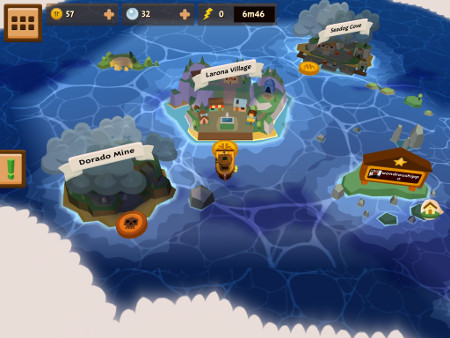 So you set about fixing it. Each chunk of your adventure takes the form of a little quest. Some take seconds, others a little bit longer. You earn rewards as you go along, levelling up your character and getting new clothes to wear.

Travel is by boat. You sail through the gently bobbing ocean, completing mini-games as you go. There's one where you have to shoot squid tentacles, and one where you swipe to avoid obstacles.

You can choose to skip these, but there's some decent rewards to be had at the end if you get a high enough score.

Exploration is as limited as you want it to be. There's always a quick-tap system that lets you zoom straight to the character or place you need to get to. If you'd prefer you can wander around, finding things and nabbing sub-quests instead. 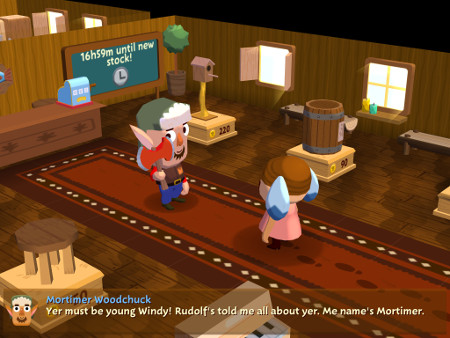 There's an energy system that curtails your travel unless you spend some of the game's premium currency to top it up, but this is the sort of game you don't mind dipping into every now and then, so it shouldn't prove too troublesome.

I've only played the soft launch version for an hour or so, but I'm pretty impressed with what I've seen.

This sort of laid-back approach to gaming works markedly well on mobile devices.

And while the twee, giggly nature of the game might make some vomit their brand-name tortilla chips back up in disgust, if you're a fan of gaming with a smile scribbled on its big stupid face then there's a lot here to like. 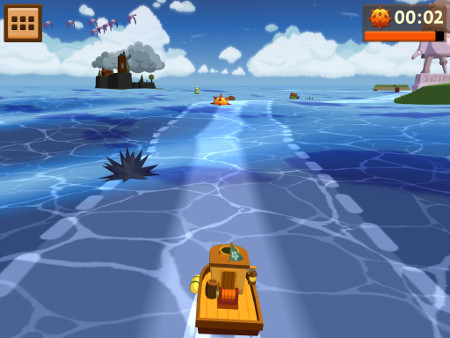 It'll be interesting to see how well the game does once it's released worldwide.

There's definitely an appetite for this sort of thing, but whether players are ready to accept free to play trappings wrapped around that simple core remains to be seen.

We will, of course, let you know when the game is set to hit the App Store across the globe. In the meantime, why not check out the hands-on video of the game back at the top of the story.

Want more? Check out our growing collection of Seabeard articles!