When it comes to mobile gaming, tablets are becoming an increasingly vital part of every player's lifestyle.

While Apple's iPad range offers options at the high end of the market, you'll find a greater degree of choice when looking at Android-powered slates, with budget choices and premium challengers all vying for your attention - and cash.

Android tablets had a painfully slow start compared to the iPad, but they've now truly come into their own. Google's own efforts with its Nexus series helped give Android more market share in this sector, and companies like Tesco and Amazon have further expanded the audience for Android.

Below we look at six of the best Android-based tablets on the market for those who want a decent multimedia experience and solid gaming potential. 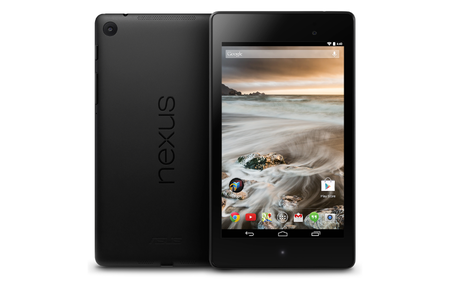 The second generation Nexus 7 tablet improves on its excellent forerunner by bolstering the power, while retaining the low cost and generally decent build quality.

The 1.5GHz quad-core Snapdragon chipset is aided by 2GB of RAM, and this ensures a decent level of performance when it comes to gaming. You're also looking at a full HD IPS screen that helps bring your games to life, and "stock" Android - which means you don't have to endure bloatware or needless UI skins.

The Nexus 7 will also get Android Lollipop before all of the other tablets in this rundown, too - a prime consideration if you crave being on the cutting edge of Google's mobile OS. 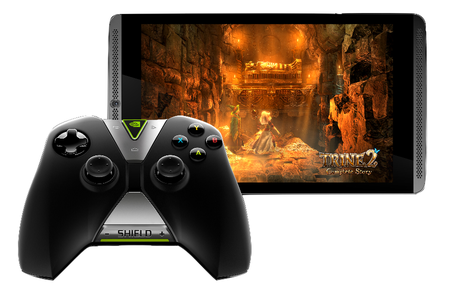 Nvidia has aimed this tablet squarely at fans of interactive entertainment - it even says "the gamer's tablet" on the packaging - so it should come as no great shock to learn that the Shield is pretty much untouchable when it comes to gaming.

Nvidia's hardware is peerless, and runs the likes of Trine 2 at roughly the same graphical level as the Xbox 360 and PlayStation 3. Titles like Half Life 2 and Portal are also exclusive to the Shield range, and you can stream PC games to the device as well. Throw in Nvidia's amazing tablet controller pad - at an additional cost of £50 - and you've got the perfect gaming setup.

However, the price means you need to be pretty dedicated, because although the Shield is an excellent slate for all other activities, you're really paying for the gaming prowess here. 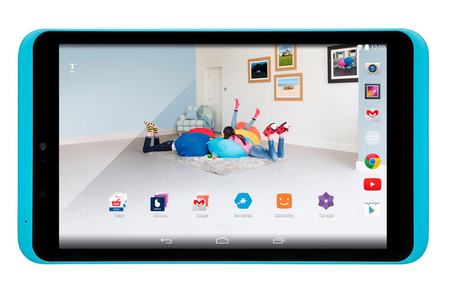 Supermarket chain Tesco really shook up the tablet sector with its Hudl device, and the sequel is likely to be just as disruptive.

It's still cheap as chips but offers surprisingly robust specifications; the quad-core CPU is - according to Tesco - three times faster than the one in the original Hudl, and it's also armed with a full HD display.

Given the low price the gaming performance is acceptable rather than awe-inspiring, but if you're shopping on a budget then this is your best option by a long chalk - just be prepared to put up with Tesco's rather overbearing custom user interface which tries to make you buy everything through its own digital channels. 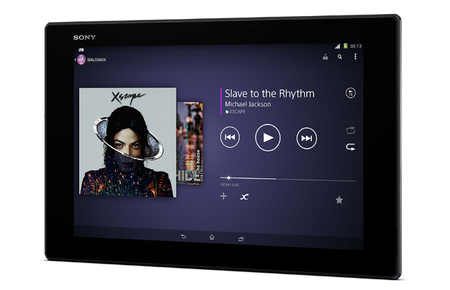 Sony's tablets have been unashamedly high-end for quite some time now, and the company has justified the cost by including extras that aren't present in its rivals.

The most obvious of which is water-resistance: while this is fairly common with smartphones, there are few tablets out there which offer the same kind of ruggedness as the Xperia Z2.

Inside this resilient casing you'll find a 2.3GHz quad-core CPU with 3GB of RAM, and the 10 inch screen is ideal for gaming pursuits. The asking price is going to be a sticking point, but luxury is always going to cost a premium. 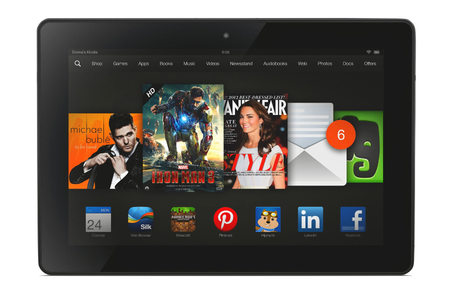 Amazon's Fire range is another Android-based success story, and the retailer has pushed out more powerful hardware in order to keep ahead of other mid-range rivals.

The Kindle Fire HDX comes equipped with a 2.2GHz quad-core CPU and 2GB of RAM, but possibly the most important aspect of this slate is its connectivity with Amazon's own digital marketplace. Packed with songs, movies, books, apps and - of course - games, it's a viable alternative to the Google Play Store.

If you're a gamer who is already heavily invested in Amazon's ecosystem, then this might prove to be a better candidate that a "pure" Android tablet, and the processing grunt ensures that it's perfect for a spot of mobile gaming. 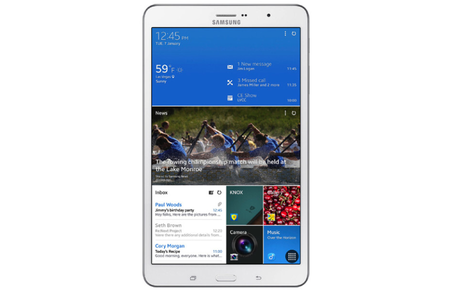 This latest offering has a slightly-larger-than-standard 8.4-inch display, a lightweight but eye-catching design and plenty of power where it counts. The 2.3GHz quad-core Snapdragon CPU does the heavy lifting, and the aforementioned screen has a pin-sharp resolution of 2560 x 1600 pixels - something which really makes your games come to life

Originally released for an eye-watching £350, it's now hovering around the £200 mark and represents decent value for money.