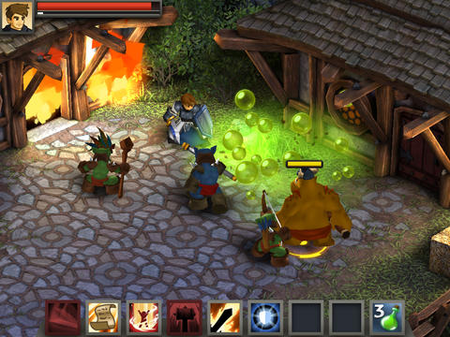 In some ways, hacky-slashy action-RPG Battleheart Legacy is more straightforward than its predecessor. You only control one character instead of a party, and there's a more familiar control scheme.

But in most aspects, the game is considerably more complex and engrossing. It's now a full 3D game, with a world to explore and dungeons to delve into. There's a proper (albeit light) narrative, non-linear quests, and dialogue trees.

And with wildly flexible stats and abilities, a huge bucket-load of equipment to use, and multiple classes to juggle, there are zillions of possible combinations for your hero.

Despite all that, it's still accessible. As Peter said in his iOS review, Battleheart Legacy "does away with most of the fluff that bogs down the genre while retaining the depth that fans adore". 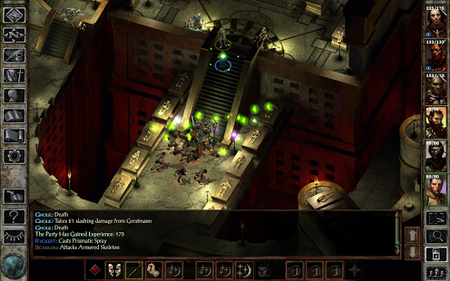 Beamdog, it turns out, is not done raiding the archives of Black Isle Studio for Android ports. So after stuffing Baldur's Gate on your tablet, we're back with 2000's Icewind Dale.

It's a monster-sized action-RPG about traipsing through dungeons and wrecking baddies. Combat is in real-time but - and this is especially helpful on touch - you can also pause the game and issue orders at your leisure.

This is the full PC game but with a few additions like a more mobile-friendly interface, cross-platform co-op, and quest content that was cut from the original game but has now been finished and restored.

Next up: Planescape Torment? 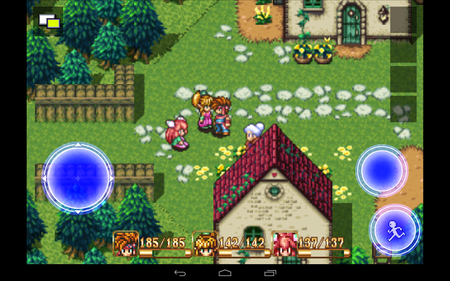 And let's round out the week with yet another action-RPG. Sorry if you like to use your Android to match gems and kill pigs while on the bus. Maybe try Monster Flash? It's cute.

But for the rest of you, how about a port of Square's classic, charming, and epic SNES adventure, Secret of Mana? Sound good?

Unlike Square's other famous series, Final Fantasy, Secret of Mana has real-time battles with enemies that pop up on the world map - making it more like Zelda. It can be tricky on the touchscreen, so it's fortunate that the game supports controllers.

We reviewed the iPhone version four years ago and said, "A charming adventure packed with memorable characters, scenarios, and gameplay, Secret of Mana remains enjoyable in spite of control issues and minor audio quirks".