You play as a ghost and you get to possess objects and make them move, to scare a group of people out of a house. Or a museum. Or a hospital, a theatre, or a cruise ship. For the most part there's no single answer: you just have to play around and see what works.

Of the old PS Mobile edition, we said "Although it's limited in scope and replayability, Haunt the House: Terrortown is enjoyable and charming enough to make you forgive its shortcomings". 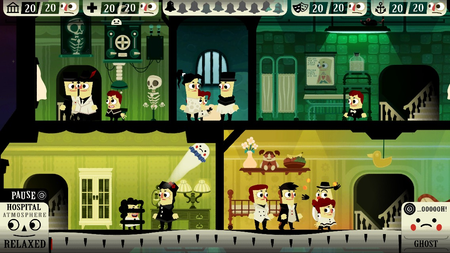 You can get Haunt the House: Terrortown on iOS, Google Play, and the Amazon Appstore, right now.

Gunslugs 2 gets a new trailer, release date pushed back to January