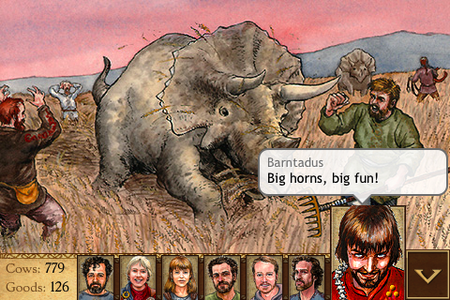 Mind-bogglingly complex RPG King of Dragon Pass has had a hefty price cut on iOS, Android, and Windows Phone, to celebrate the game's 15th anniversary.

If you haven't played it, the game's a mix of Civilization-like empire-builder and character-driven gamebook, with seemingly infinite narrative possibilities. Back in 2011 we deemed it "a wholly unique adventure that has no equal on the iPhone".

"We have ambitious plans and a small team, so we don’t expect to release anything before 2016," the studio says. You can follow the game's progress on this here website.

Out at midnight: Woah Dave! is a manic arcade romp from the guys behind the Bit.Trip games