It's a 3D puzzle game by London-based studio Noxus that combines the cute, cube-hopping look of ilomilo, and the optical illusion puzzles of Monument Valley.

It also stars a small family of furry squirrelly-things that I want to have as a plushie.

You'll travel with them through the four seasons across levels made up of what looks like cotton cubes. You have to get them from one end to the other.

To do that, however, you need to change the camera perspective in order to create a viable path.

While the levels may look impossible to traverse, once you lock down a camera angle, the platforms connect how they look from that perspective. 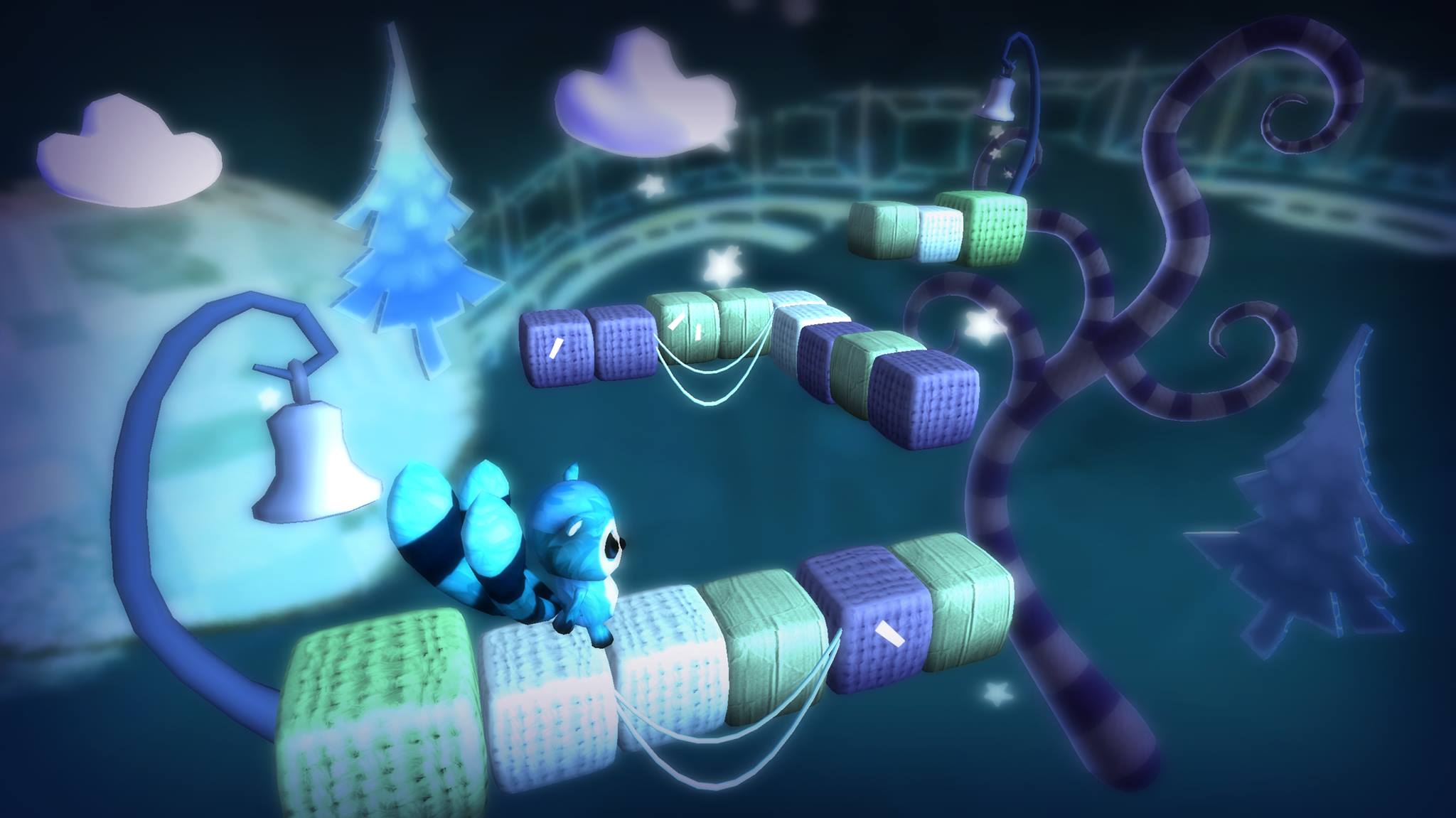 Take this level above, for an example. As you can see, none of the platforms line up - there's a gap between each of them.

The raccoon-like (?) creature can't walk across them like that, nor can it jump.

So, what you have to do is move the camera angle down so that those platforms look connected, even though you know they aren't.

Once done, the gaps are ignored because you can't see them any more, and the little mite can walk across to the finish.

If you've played Monument Valley, this should all make sense. The rest of you...well, I tried my best to explain it.

Noxus tells me that Miika will be released on iOS this Wednesday, 22nd of October.

This release will be followed up "closely" by an Android version on Google Play and Amazon, as well as a Blackberry port.

You can keep up with Miika over on its website. You can't buy a plushie over there, though.

Escape the chomping maws of huge fish to find light

Adorable raccoon-thing stars in its own cute puzzler

Cuddly puzzler Miika is on sale on iOS and Android

Adorable raccoon-thing stars in its own cute puzzler