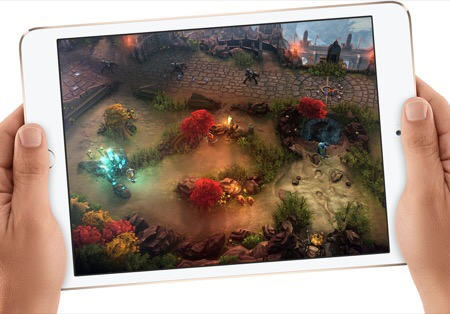 Apple's pint-size tablet is getting a new revision this month. The iPad mini 3 is the exact same size and weight as its predecessor, but one new feature...

Like the new iPad Air 2, it's got a Touch ID sensor in the home button which can scan your fingerprint for extra security. Since iOS 8, third-party developers can now use your fingerprint to log-in to apps and services.

It doesn't have the new iPad Air's brains, though. It's got the same A7 processor and the same M7 motion chip as the last model. The camera, too, is the same as before.

It's the same price as before and preorders start tomorrow. The iPad mini with Retina now starts at $299, and the iPad mini is now starting at $249.