Helix is Michael Brough's next game after 868-HACK and it's coming out on iOS this Thursday, October 16th.

As I've written before, Helix is an action arcade game that you play with just one finger.

With your fleshy appendage, you guide the Eye of Brog around an arena the size of the screen. It follows every little movement you make very accurately.

From the sides of the arena enemies arrive in all weird shapes and colours. Clusters of pink circuitry, purple orbs, and cute jellyfish are just a few. There are also larger boss-type enemies later on. 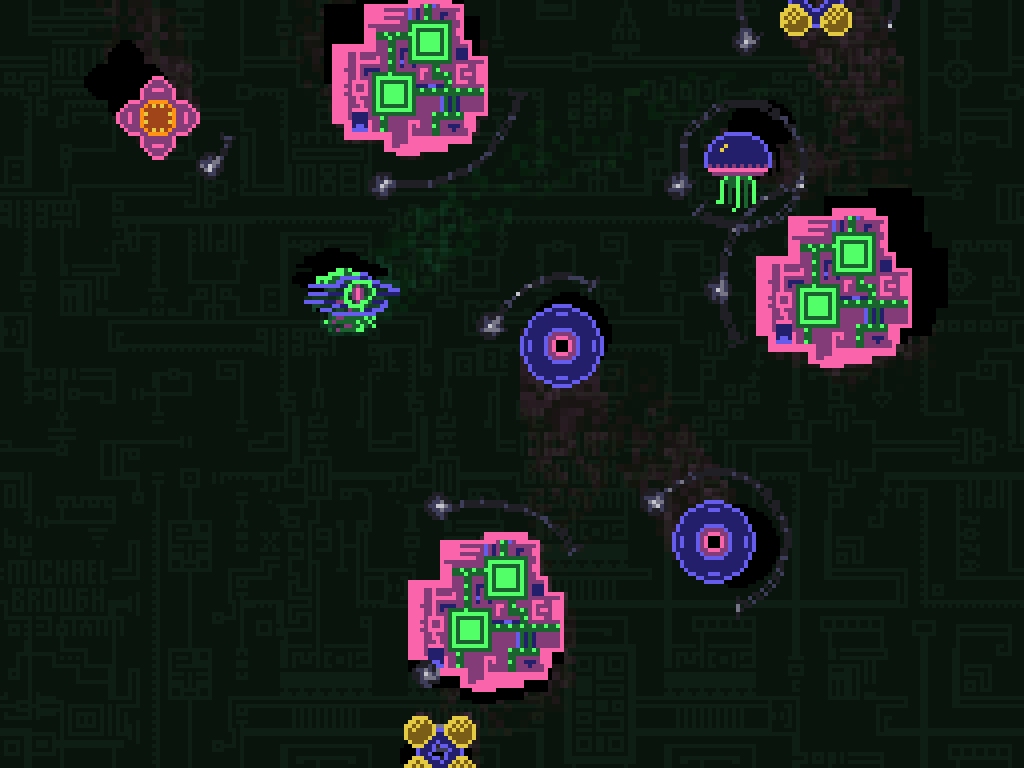 As this is an "anti-shmup", you cannot shoot these enemies but destroy them by circling them.

There's a small white dot that hovers around each of them, and when you circle the enemy, it follows that circle. The weaker enemies will die once you've completed a full circle around them.

Stronger enemies may take two or three circles, but as they're moving they may disappear off the screen before you can grab the big points they offer.

There are also trickier, weak enemies such as the arrows that indicate which way you must circle them to destroy them. 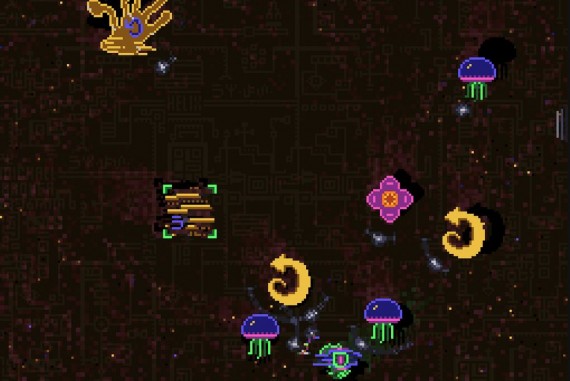 It's a tough game, and I'm only referring to the easier "Brog Mode" there. There's also a "Terror Mode" that increases the speed of enemies, with the music also becoming strangely distorted, too.

There seems to be a third mode to unlock as well, although it would appear that takes a degree of skill I don't have yet.

I'm really enjoying the deep if simple play of avoiding and circling enemies in Helix. The sense of exploration that comes with progression is also compelling - new types of enemies are added with some surprises along the way.

We'll let you know when you purchase Helix on the App Store later this week.

My NBA 2K15, the card-battling companion app to NBA 2K15, is out now on iOS and Android