Champ Man 15, the F2P ball-to-foot management simulator, is out right now on Android

Are you the champ, man? 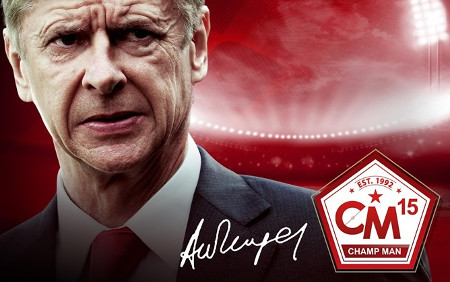 Champ Man 15 is now available on Android, just three months after it first hit iOS. It's free to play, it's got football all the way up in its bones, and you can grab it from the Google Play Store right this second.

The game sees you leading a team from the lowest ranks of the Football League all the way to the top. Unless you're anything like me, in which case that team will find a new, even worse league below the lowest ranks and still manage to lose every game.

You can check out our hands-on preview with the iOS version right here. It doesn't have any screenshots because Square Enix didn't send us any. Don't worry though, we persevered.

If you'd rather just grab the game and engage in the art of telling people the best way to kick a ball, you can head over to the Google Play Store by following this here link [download].

The iOS version of the game has also been updated with a new database, and some other tweaks to pull it in line with the Android version. You can grab that here [download]

[Update] Out now: Dragon Quest 2 is the second installment in the classic JRPG series for iOS and Android

Out at midnight: Champ Man 15 lets you tell digital people to score more goals on iPad and iPhone