By Mark Brown
| Oct 2, 2014
iOS + Android
|
The Room Three
Updated on October 2nd, at 12:14: This article previously mentioned that Fireproof didn't share any screenshots for the game, so we had to draw our own.

The studio has since handed over some lovely screen caps, which you can see below. (More are in our gallery, above).

Our amazing artwork can be found here and here. If you curate an art gallery, please get in touch. 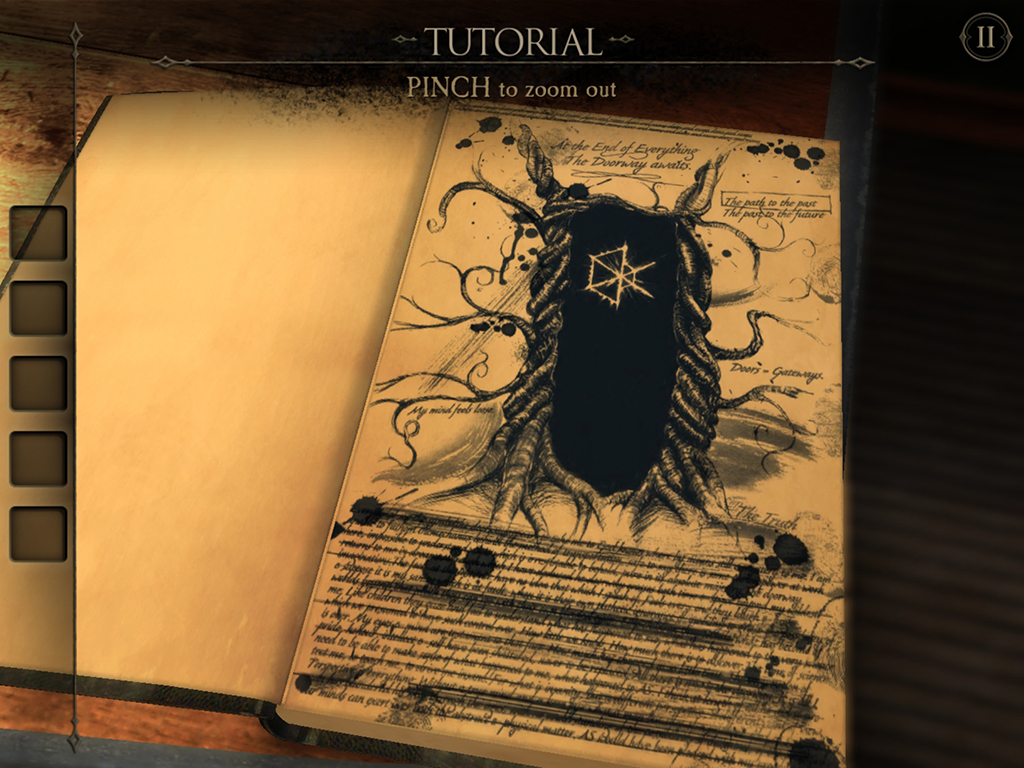 I'm sitting in a train carriage, barreling through the countryside of Victorian England. As I sit there, admiring the view, I think Fireproof might be stretching the definition of the word "room".

But then I enter a tunnel and the screen goes black. For a second, the lights flash on, and a creepy bald man is sitting on the chair opposite me. And then he's gone.

It was a pretty surprising moment. Not just because a weird man somehow teleported in and out of my train car, but because The Room has never featured humans before. At least, not live ones.

Fireproof has previously lavished its 3D tech on boxes, switches, keys, and buttons. And it conjured up a creepy atmosphere, in part, by completely isolating you. 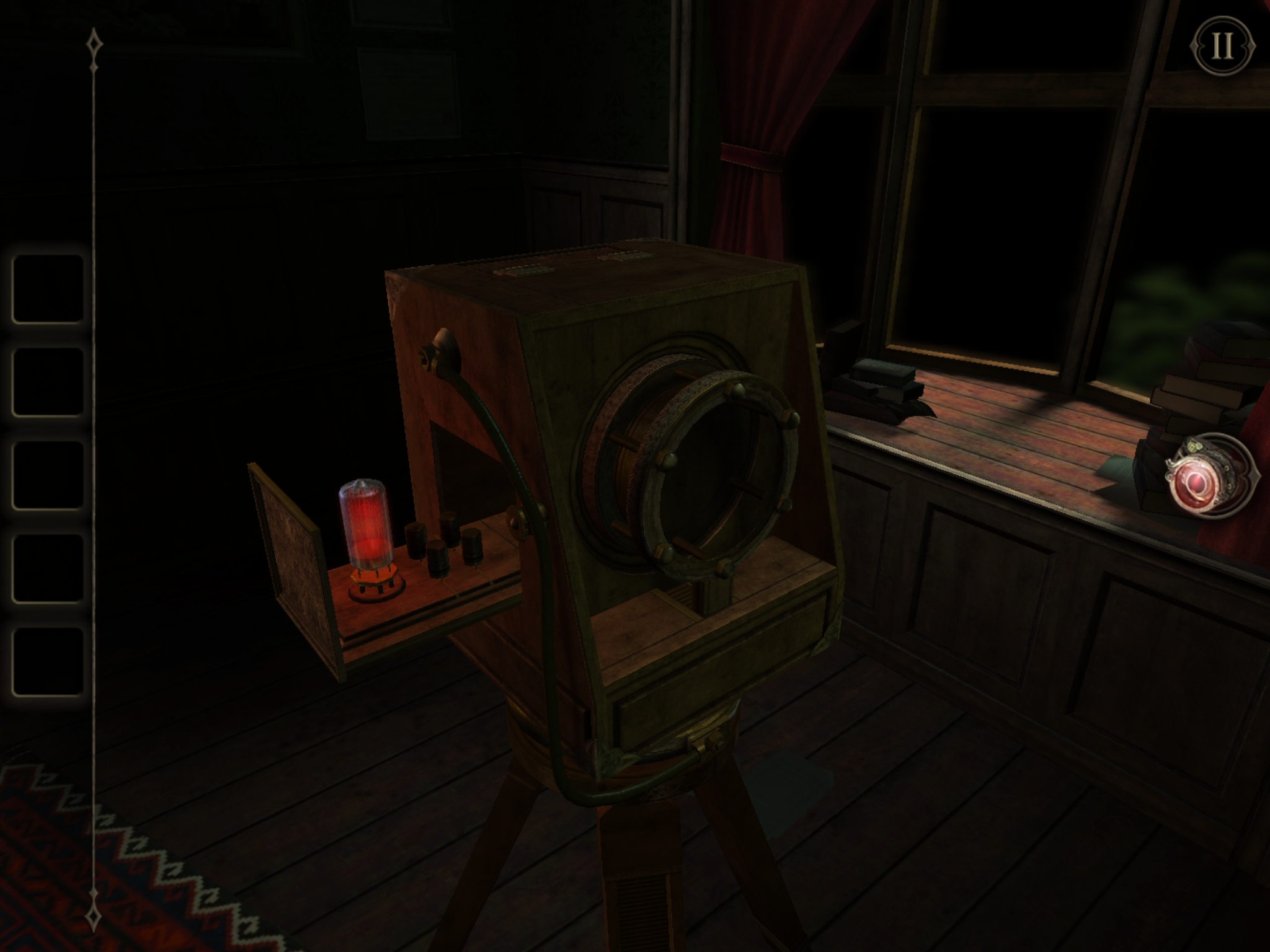 Luckily, this chap - probably called The Craftsman, if he's also the one leaving letters for you - doesn't overstay his welcome. In the demo, he just pops up to freak you out and then leaves. He reminds me of the G Man in Half Life 2, most of all.

But his appearances are all part of a more overt and explicit storyline. Though, you can safely ignore all that if you just care about puzzles.

As such, eery train stranger man pops up to drop a puzzle box on my table and we're back to good old fashioned riddle solving. And from here, it's what you've come to expect from The Room.

You'll zoom in on objects, fiddle with buttons, spin dials, and turn keys. In this demo I also had to solve riddles ("what do poor people have and rich people want?") and mess with a vintage oscilloscope. 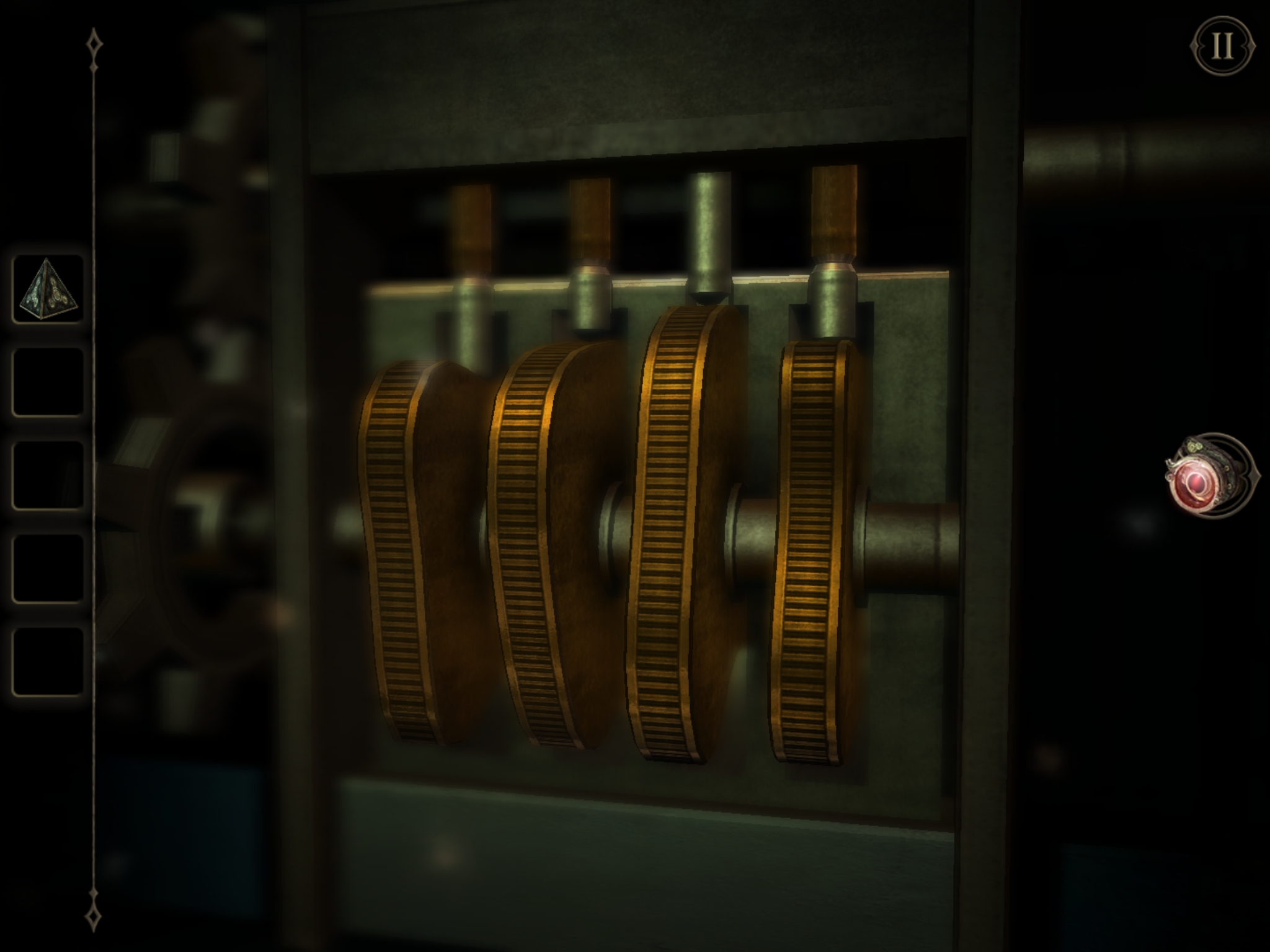 Here's a new thing: your magic eyepiece now sports an extra lens, which lets you peer into tiny spaces to solve puzzles in macro. In the demo, I looked in a keyhole and unlocked it by manipulating the tiny pins.

Fireproof's Barry Meade also teased that you'll see more surprises, but wouldn't spoil anything outside of this demo scene. He wouldn't even give us any screenshots, which is why we had to draw our own.

So while The Room 3 might look like more of the same (no bad thing in my book), Fireproof continues to innovate and expand on the idea in clever new ways. This third game is out on iOS and Android in Spring 2015.

Want more? Check out our 24 other The Room Three articles!

The Room 3 gets new screenshots as it nears completion