Hands-on with Tilt to Live: Gauntlet's Revenge - Cursing bats and blades while dodging towards the Dot King

One Man Left will be bringing Tilt to Live: Gauntlet's Revenge to iOS and Android this October.

It's a proper standalone game, separate from the other Tilt to Live games, and it's ruddy hard, too.

Yep, I've been playing it, and have some details for you, if you're interested.

We already know that Gauntlet's Revenge started out life as a Gauntlet Mode DLC for Tilt to Live 2: Redonkulous. But One Man Left had so many ideas for it that it warranted turning it into its own game. 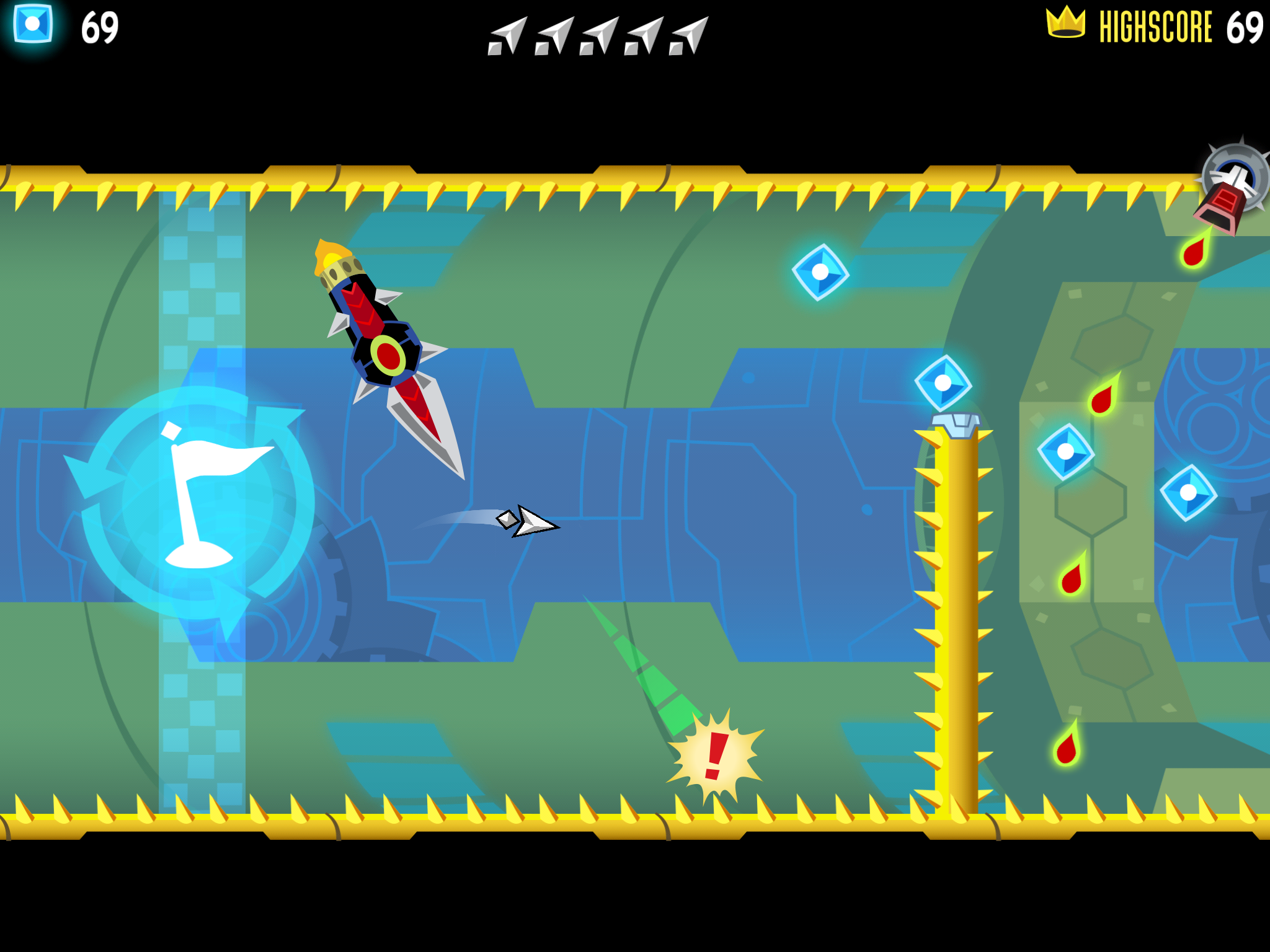 What we have, then, are three multi-stage gauntlets to beat. Each one you beat unlocks an endless bonus round to try for a highscore in.

The layouts of the gauntlets vary each time you play, so you can't memorise anything. That means it's worth exploring behind signs, the sides of the screen, and every other nook and cranny for points.

In terms of themes, I'd describe them as such: the first is a spiky robot factory, the second is crumbling mines, and the third is an emerald city.

The cartoon colours and the fact that nearly every object has been anthropomorphised - including huge knives - gives me a Rayman Fiesta Run vibe.

Anyway, the gauntlets are constantly sidescrolling, so you need to keep up with a certain pace as you dive and swoop to collect points. 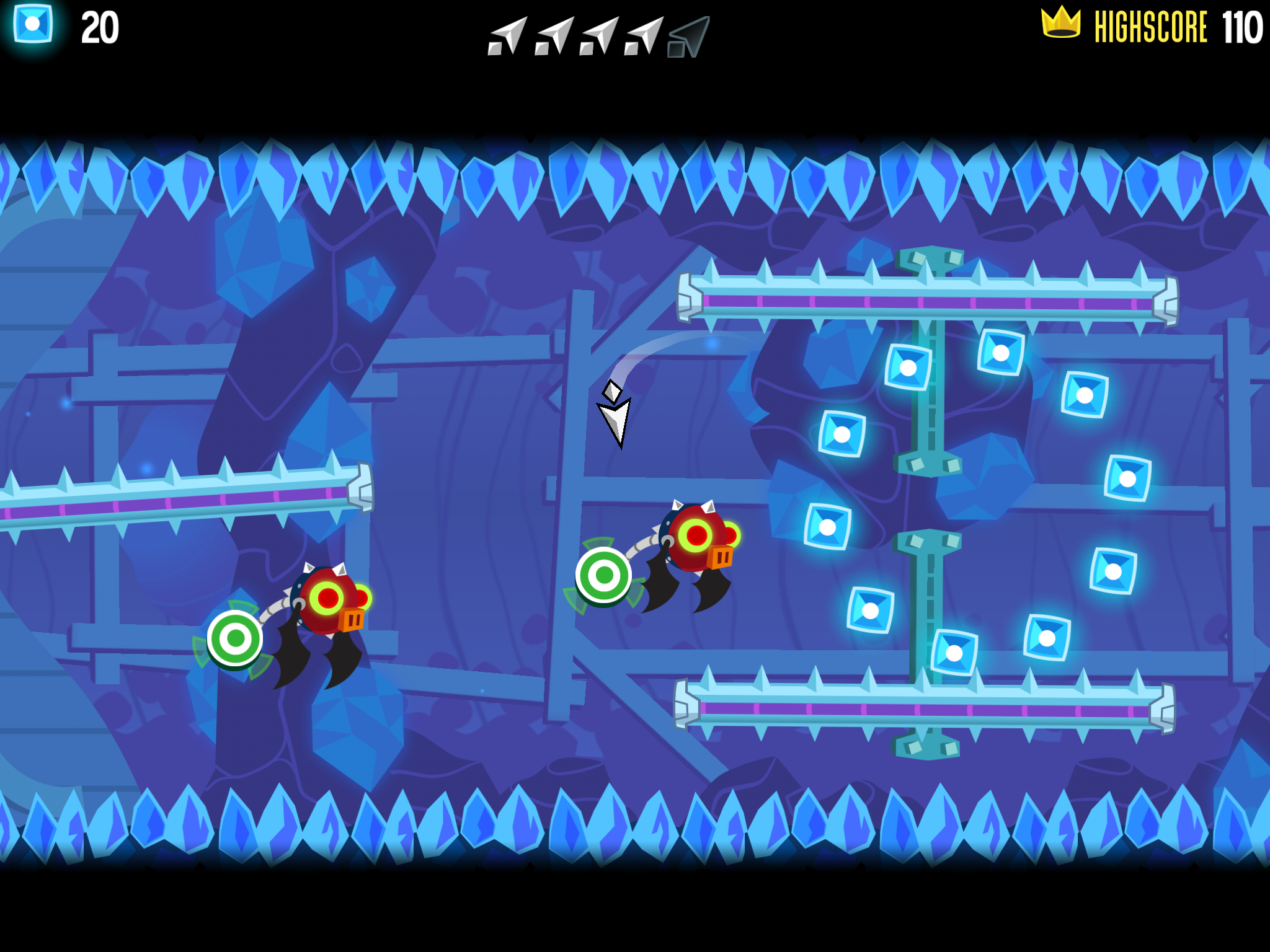 However, more importantly, you'll need to dodge the moving hazards that crush, slice, and spike you. There are turrets, blade-wheels, and falling rocks to look out for.

Enemies vary between the gauntlets, but you can count on them firing projectiles and launching themselves at you. Bats, robot-pigs, and walls of spikes with eyes are afte ryou.

Sometimes, the enemies carry targets that you can hit to destroy them (dropping extra points). These targets also need to be hit to open doors at times, lest you lose one of your precious lives.

Speaking of lives, the number you have is determined by the difficulty you choose - either Easy, Medium, or Hard. If you lose them all, you need to start the gauntlet over again.

The only exception to this is if you reached a checkpoint. In which case, you'll start from there but will have zero points, meaning your position on the leaderboards won't be too great. 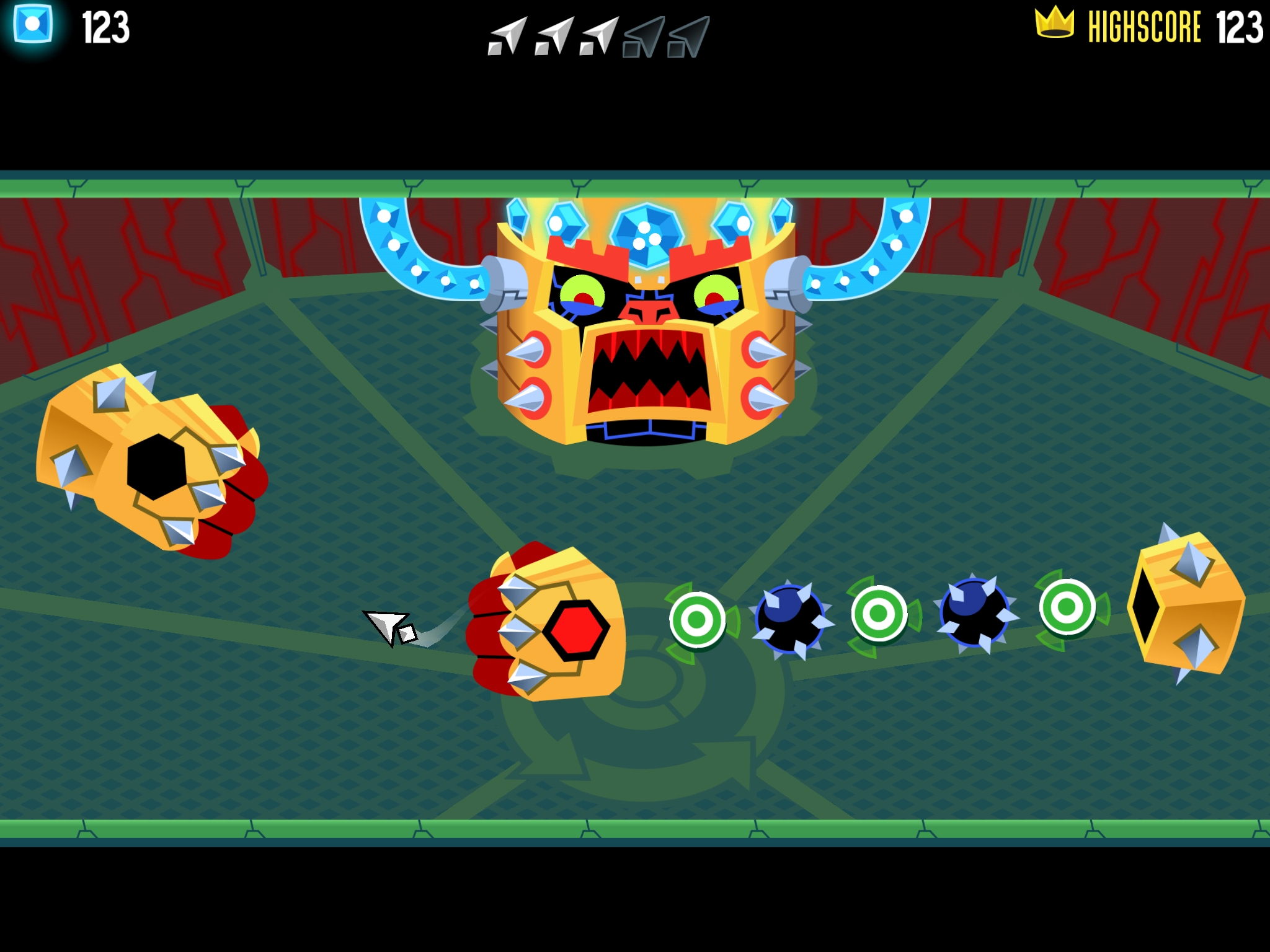 If you get through the three gauntlets you unlock the final boss gauntlet and take on the Dot King himself. It won't be easy, of course.

I haven't got that far yet, but I am terrible at the game, so that's to be expected.

As said, Tilt to Live: Gauntlet's Revenge will be out in October. We'll let you know exactly when as soon as we find out.

Hands-on with Vainglory, the shiny looking MOBA from ex-Blizzard and Rockstar devs

Out at midnight: Tilt to Live: Gauntlet's Revenge is an angry obstacle course for iPad and iPhone