Out at midnight: Pumped BMX 2 captures the spirit of pulling off bike tricks from big air

Pumped BMX 2 will be tricking and crashing onto iOS at midnight.

It's the bigger sequel to the Silver Award-winning Pumped: BMX with, as developer Adam Hunt told us earlier this year, is in"3D, [and has] more tricks, more challenges, and more crashes."

Having the series enter the third dimension has done more than make its backgrounds pop.

The 3D has allowed Hunt to animate each of the tricks you perform in the game to the tiniest details. 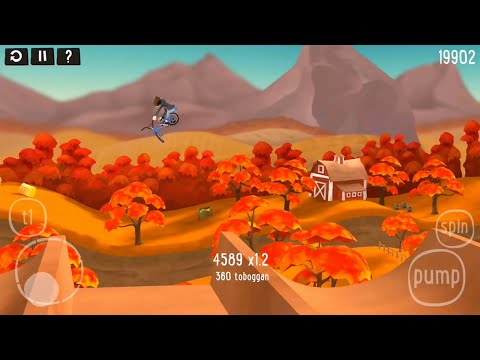 So, while Pumped BMX 2 has a cartoon look to it, its accurate physics and trick possibilities are meant to be taken pretty seriously.

That said, it's up to you how you want to play. You can chill out, hit some big air, and enjoy the bumpy ride. Or you can take on the game's 500+ challenges across its 50 levels.

Out at midnight: Cursed Treasure 2 puts you on the dark side defending your treasure from heroes