Friday was the second press day on the show floor, the last day of relative calmness before the storm of over 100,000 weekend punters per day, each hoping to play their favourite upcoming titles.

As you may have seen, we've put up our hands-on video and article for the New 3DS XL as Capcom are running their first Monster Hunter 4G demo on the unit.

Speaking of Monster Hunter, the series is celebrating its 10th anniversary this year, and Capcom's gone all-out in its merchandising. Monster Hunter Ducati, anyone? 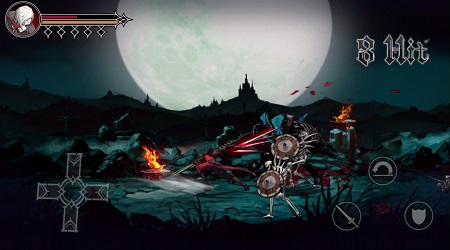 One of the iOS titles to stand out amongst dozens was Requiem, from Chinese developers Hippie Game. It's a silky smooth beat 'em up that knows its heritage well.

Qubit Games new swipe-based robo-brawler Qubot, is promising some pretty nifty features. Fans who design their own robots can have their designs injected into the game if they prove popular enough.

Former Big Indie Pitch contender RAD Boarding from Other Ocean was a delight to play, shaping up to be just the right mix of Tiny Wings gameplay with a neat trick system and plenty of replay value. 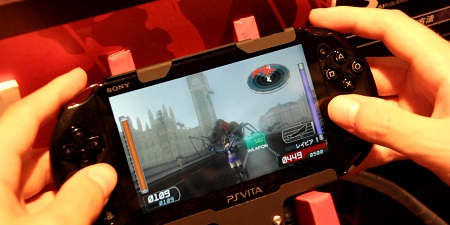 I thoroughly enjoyed squishing some giant ants as I jetpack-propelled my way around Westminster in D3's Earth Defense Force 2 Portable V2.

Oh, and fans of Spelunky should prepare themselves for La-Mulana EX coming to PS Vita by way of Pygmy Games. Stay tuned for hands-on videos with both. 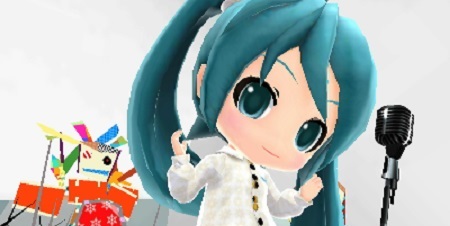 We'll have more hands-on videos on Pocket Gamer and our YouTube channel over the coming days.