Pirates, ninjas, ninjas and pirates, and a goat

Goat Simulator's best days were behind it before it even came out. This bizarre open world experiment started life as a game jam prototype, but it proved so popular in this form that developer Coffee Stain Studios had no choice but to try and spin it out into a fully fledged game.

Critics are divided about whether Coffee Stain achieved this, but our Harry felt it was worth a Bronze Award.

The gameplay involves taking control of a fiddly goat and rampaging around a small town. There's a button for ramming things, one for jumping, one for extending your tongue like a chameleon, and one for going floppy.

Using these crude and inexplicable tools you just rampage around the place until you get bored – an experience that you may or may not feel is worth the asking price.

Ninja Raft is an odd, grindy little game that feels like it should be free, but isn't. The aim is to construct a basic raft, survive a few waves of pirate attackers, invest the gold you've earned in a larger raft or weapons to help you fend off the pirates, and repeat until bored.

Each time you set out you have a certain amount of gold distributed across your ridiculous hodgepodge vessel, and at the end of every round you get to keep whatever the pirates didn't manage to plunder. Building a bigger raft allows you to hold more gold. If you want to earn faster you can watch adverts, or just buy coins as IAPs.

Round and round you go, playing to earn to buy to play. It all sounds pretty unappealing, but as you make your way up through the difficulty levels the Galcon-style gameplay gets frantic and challenging enough to lift Ninja Raft above the more mindless grindfests, making it worth the 69p asking price in a slow week. 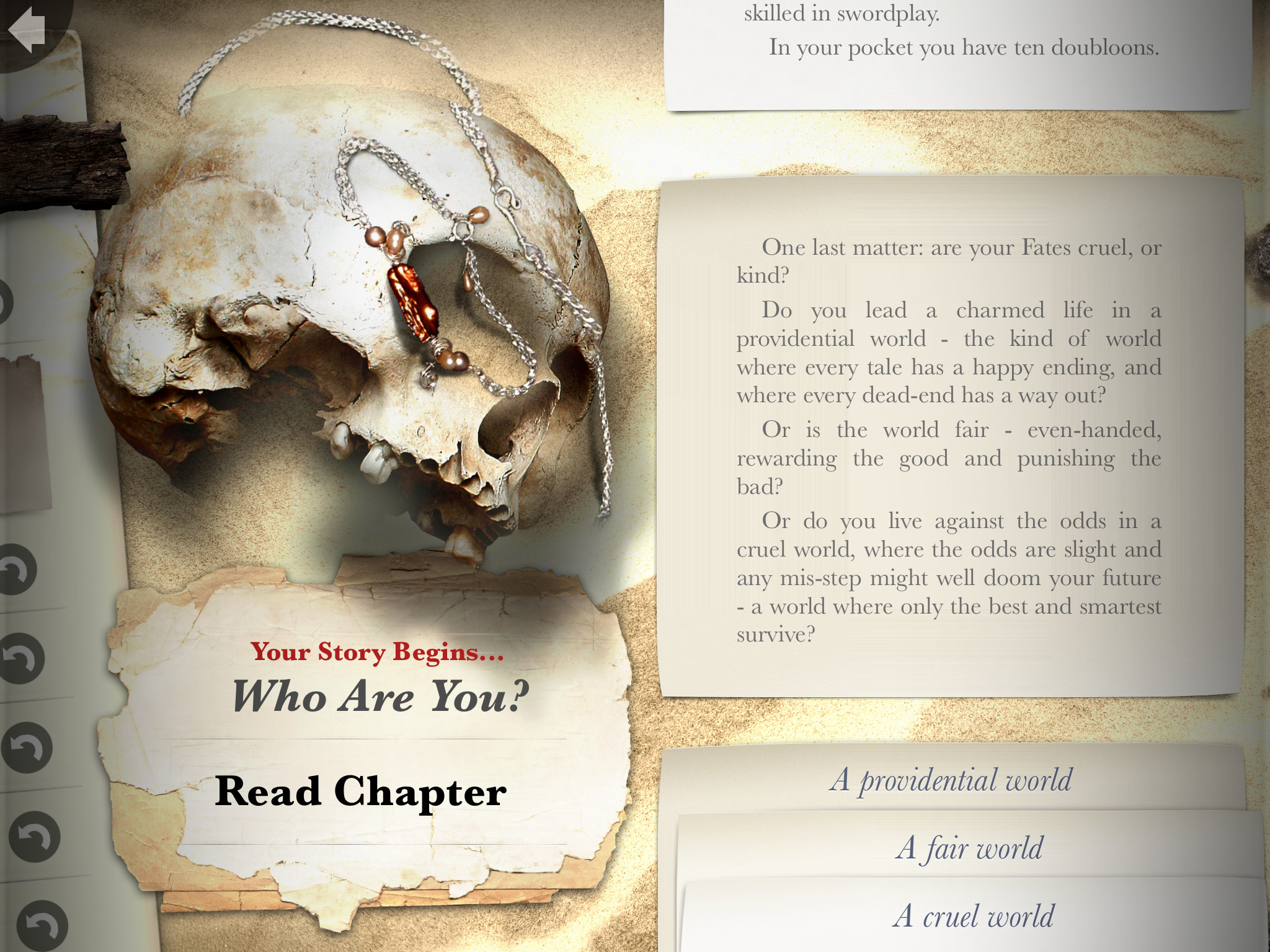 Inkle's 80 Days is a game of the year contender for many, so there's every reason to expect great things from the awesomely named Down Among the Dead Men. Unfortunately, it's not great, though it's still pretty good.

This pirate-themed gamebook, launched to coincide with International Talk Like a Pirate Day, was actually made before 80 Days and Sorcery!. It sees you inhabiting the character of a pirate, who has been shot and enslaved by a much more horrible pirate called Skarvench.

The story, which naturally covers the piratical bases of treasure, kidnap, and general oceangoing villainy, tears along at a roaring pace, but your input never feels much more than superficial. Down Among the Dead Men is absolutely worth the price of entry, just as long as you bear in mind that it's more book than game.